What is Q_WP_RADIUS supposed to do?

I’m quite new with the quadplane and I’m trying to understand what does this parameter do.
I’ve already read the description here: http://ardupilot.org/plane/docs/parameters.html#q-wp-radius-waypoint-radius but it doesn’t matter what value it takes, quadplane’s behaviour does not change.
Could someone explain it to me please? Maybe it’s a bug?

I never tested it, but from the description I was lead to understand that if you are in VTOL mode (so not transistion to fixed wing) and doing mission this way, then (unlike fixed wing) VTOL can nail a WP precicly and start going in another direction at an angle (instead of a curve like in fixed wing mode). This is carried over from Copter I belive. So incase you want to do VTOL mode waypoint but dont want to plane to be wasting time and energy getting all the way to the 1x1m of the waypoint, but rather consider it is done after it get X (the value you set here) m fromt that waypoint.
Does this make sense?

Does this make sense?

Absolutely. I was expecting this behaviour too, but it doesn’t work like that. Regardless of the mode, the quadplane ignores Q_WP_RADIUS 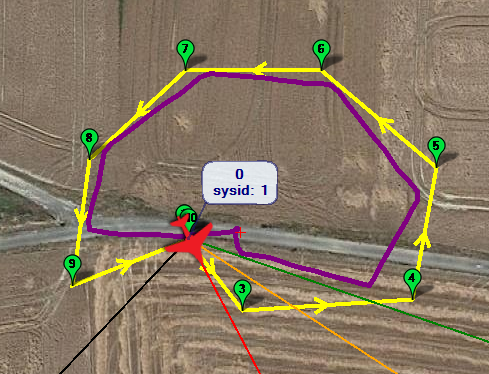 Any progress on this issue? I tried to run a few simple VTOL missions in SITL + Mavproxy, and am also experiencing problems similar to what @Echo has encountered. I am using Plane 3.8.4 firmware, and flew at SITL’s default location (CMAC).

For example, in the screenshot below, the console shows that the aircraft reaches the waypoint once it reaches ~20 of the waypoint, but this remains constant even when Q_WP_RADIUS is changed. 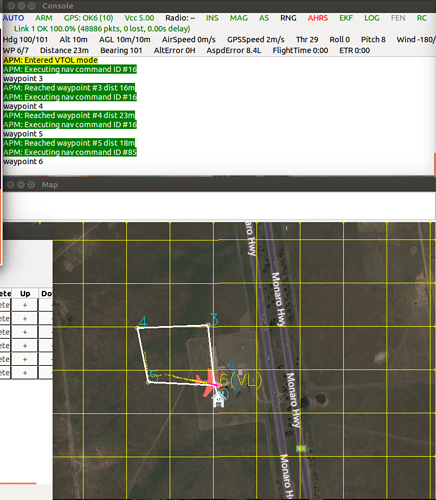 I have also attached the waypoint file used here: https://drive.google.com/open?id=174WnYCVB4jOxEEhx7CFNQt1WyP9xQUME

Finally, I notice that an issue has been opened on Github recently (https://github.com/ArduPilot/ardupilot/issues/8677), but has not received any response. Would appreciate if any developer could help to look into this!