I’m in the “shake out bugs” phase of an octo build and I’m seeing a bit of yaw wander in test flights (nods 10 degrees every 20 seconds or so). I haven’t autotuned yet, but I’m guessing there’s a bit of EMI interference affecting the compass. It doesn’t seem to be repeatable by increasing throttle though. My logs indicate low compass interference (~7%), but I can see a blip in the mag field when applying throttle. I’ve also seen ground mag anomalies in my logs.

I did compassmot tonight, expecting to see a linear relationship between current and interference. Instead it seems like there’s a random interference value between 0% and 30%, which gradually increases the bottom end to 30% as throttle approaches 100%. 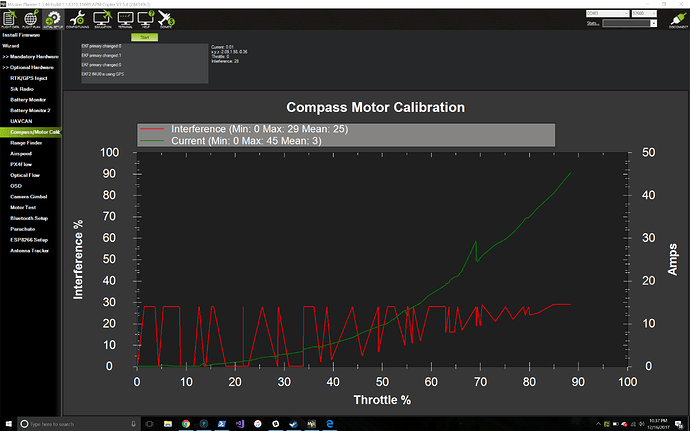 Does this look normal to you guys or does it indicate a non-throttle related interference source?

My build is using top mounted batteries, which seemed really clever until i realized it puts the batteries and power cables right next to my GPS mast. I’m trying to avoid relocating the GPS/external compass to the rear of the craft, having it central makes it less likely to get knocked off when I’m carrying this giant frame around. 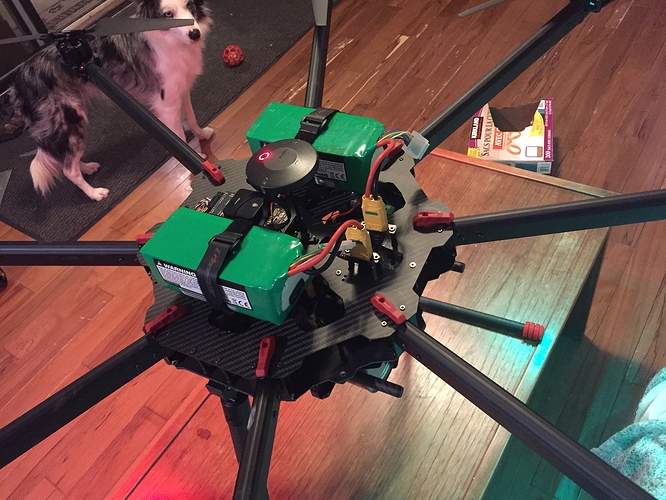 I’m thinking my next step will be temporarily relocating the compass to the back to rule out the proximity to the batteries as an issue, otherwise I’ll try flying with the compassmot values from this run and see if the yaw is any steadier. Hopefully it’s not coming from my hobbyking power modules. VCC is pretty good, between 5.05 and 4.95.

Update: I retested with the compass mounted higher and at the back of the craft and the interference spikes were gone, replaced with a gentle curve from 0% to 10% max interference. Guess I have my answer now… 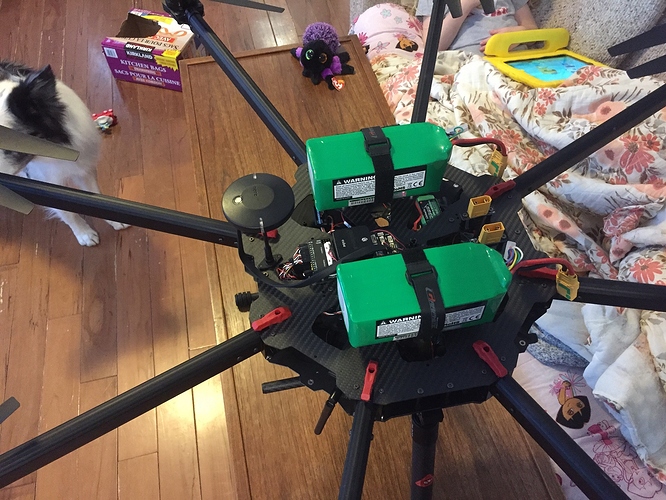 And the new, saner compassmot: 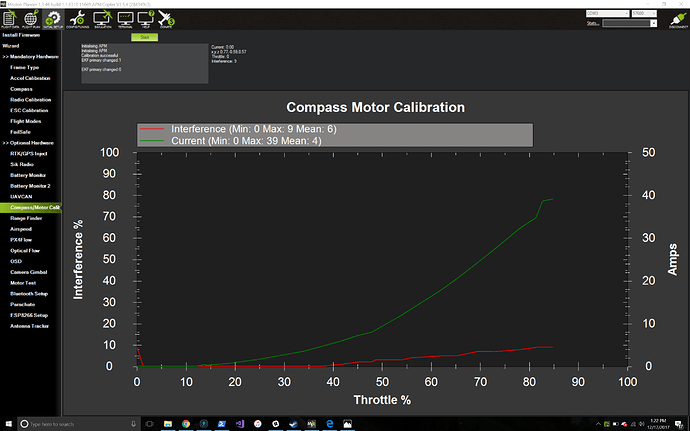