I noticed during a mission playback it gives these transition indications but during the actual flight it does not. Is there a way to see these during the actual mission? It would be a nice feature to have displayed and possibly via audio as well. I just tried it on the SITL and the audio does not give transition status.
There has been times where my aircraft has reached transition speed but failed to transition for some reason. It then De-transitions after 20sec, a easily readable HUD display will give a nice warm and fuzzy it has successfully transitioned. Yes, I know its in the messages tab but I’m generally looking at the HUD and aircraft, not small writing on a messages tab. Having it in audio would work too, so i can keep eyes on the aircraft and hear its transition status. Thanks. 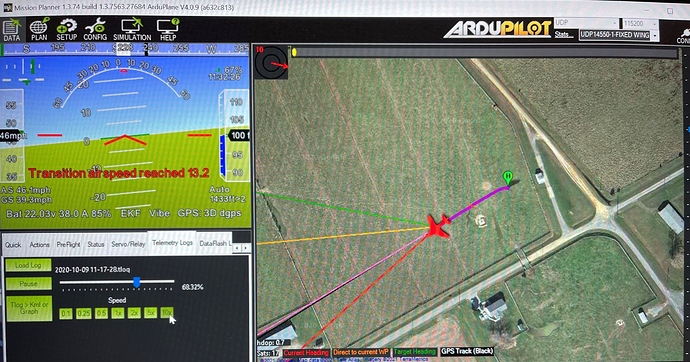 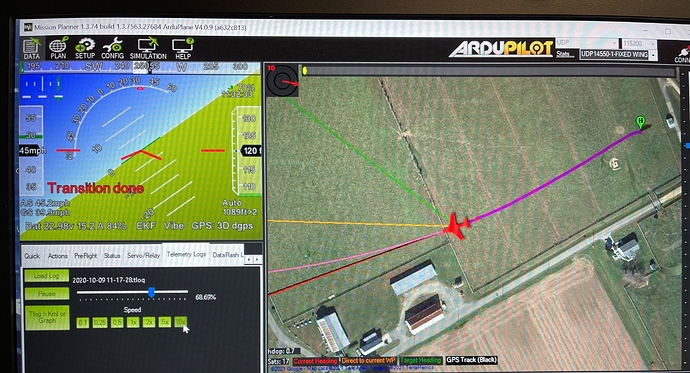