I have vibration problems with my Y6. The vibrations are normal in stationary flight, but in motion the vibrations on the Z axis increase to suboptimal levels. I was thinking about a lack of frame rigidity and so I tried to put tie rods in my arms but nothing has changed, so I doubt that’s the problem. It could be aerodynamic vibrations but at 7 m / s it doesn’t seem like a speed that can cause these problems.
Any suggestions?
Cube black
Motor MN505S 320 kw
Propellers 20" and 22" (test propellers)
Frame motor to motor 105 cm 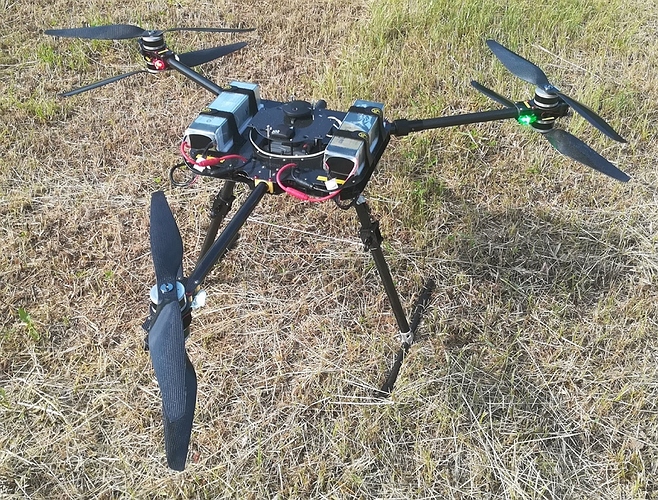 Hi @Agridroni
did you tried harmonic notch filtering ?
also this might help you

You have clipping happening so you need to fix that before going forward. 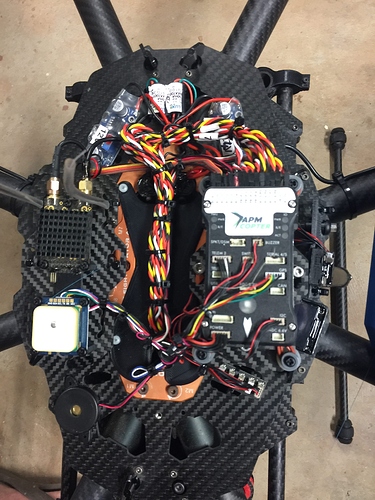 IMG_11582448×3264 793 KB
I did notice you have a foldingmechanism on the front arm (s?)
In testing these they were too sloppy to use, allowing slight movement even when fully tightened.
I even tried modifying the locking mechanism but could never eliminate that slight slop.
This could be where most of your Z issue is coming from.

You have plenty of power but your tune seems to overshoot desired with quite a bit of oscillation in X and Y.

Yea, agree with Mike. If your craft is moving clipping events are accumulating at an alarming rate. Don’t often see them total this high. No amount of filtering will band-aid that. Take some JB Weld to those arm folding mechanisms… Kidding there, but again as Mike says problematic.

It’s “hard mounted” with the foam tape that it comes with? I know this is the Hex recommendation but we have seen plenty of use cases where the internal isolation is insufficient.

Thanks for the analysis. In fact, the folding mechanisms are problematic but I hoped to have solved with Teflon tape on the conical part that did not lock perfectly and in fact the movement is no longer there but maybe some vibrations can be generated. For this reason to I test the tie rods on the arms but without results.
Have you a suggestion about ​​similar folding mechanisms that work well without having to upset the whole frame? I was looking for something similar to the arms of the Matrice 200 …

It’s “hard mounted” with the foam tape that it comes with? I know this is the Hex recommendation but we have seen plenty of use cases where the internal isolation is insufficient.

It’s hard mounted with Kore board without foam tape, just some small silicone rings in the screws.
Now I have bought some of these screws but would prefer to solve the problem of the arms. 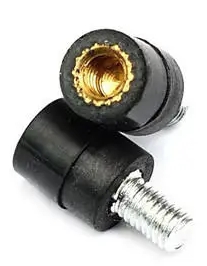 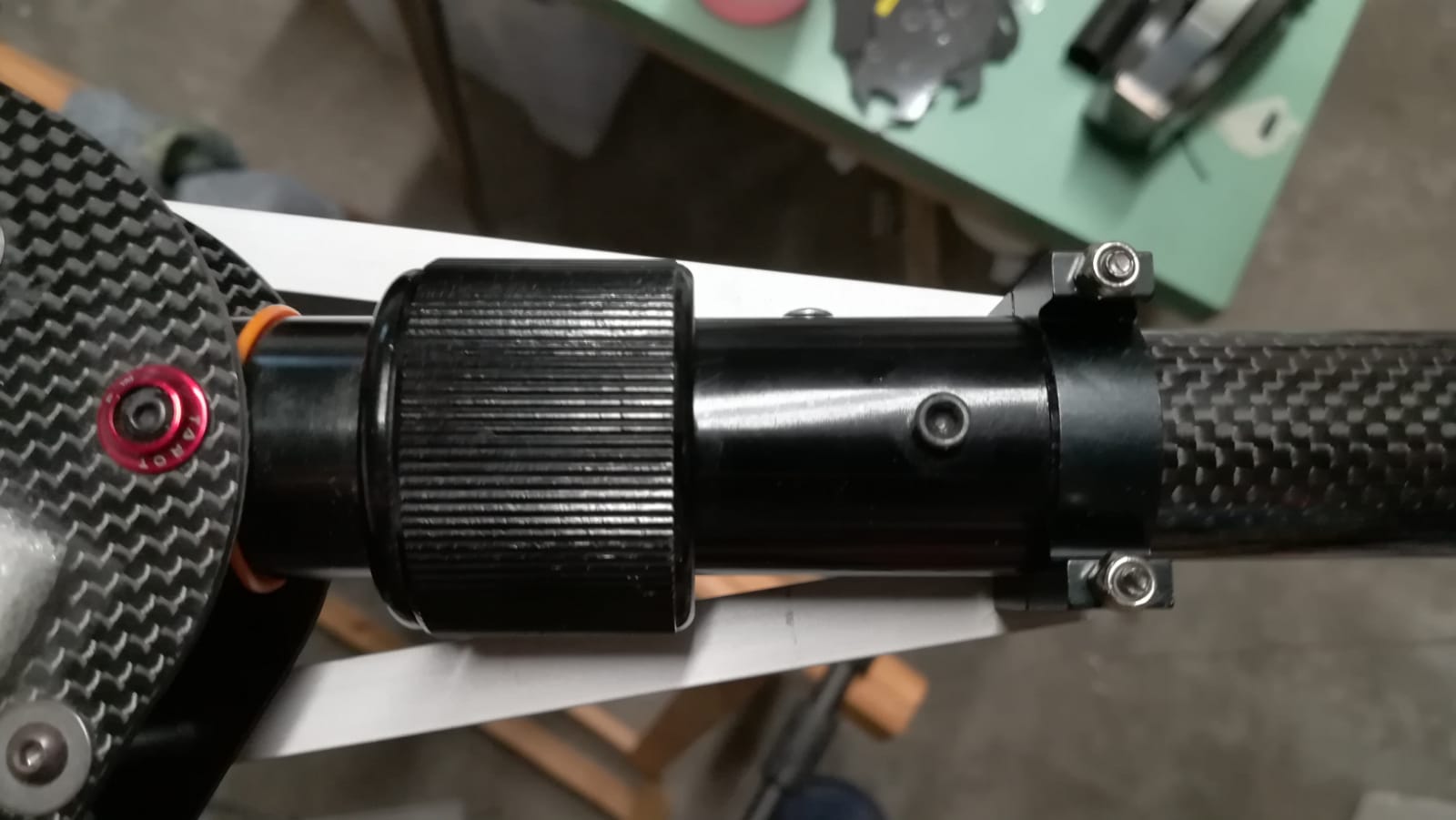 The vibrations on the Z axis worsened with values steadily above 30, so I am not sure that the problem are the joints of the arms, perhaps the frame too thin (2mm)

With your frame design vibrations are going to be unavoidable.

I developed the ‘O’ ring dampening over many years (starting with APM 1.4) as the frames were more primitive as was the software and hardware.

Here is a typical IMU trace of a dampened mount on a brand new frame at the end of its initial flight and autotune. 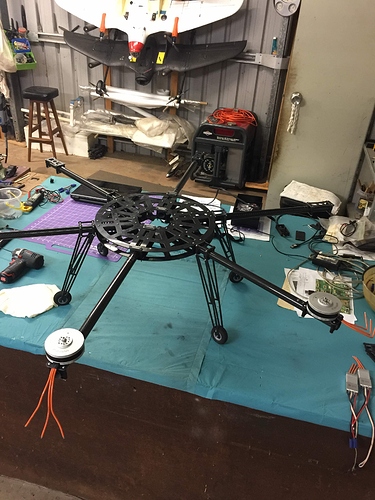 Just a question about your frame design, the opposed motor setup is a design feature to help reduce the arm length and number, so I was wondering why you have made the arms so long.

I have always used dampening systems for APM and Pixhawk 1 but I thought that for the Cube they were not necessary and I was wrong.
This is my first Y6, I built quadcopters, hexa and X8 (my favorite) but I wanted to try something more “cheap” and light in coaxial frame so the choice of the Y6.
You’re right I could shorten the arms by 5/6 cm but I also used 22x25 (1.5 mm) arms to avoid bending.
I fixed the arms deeply between the plates just to avoid vibrations, but it didn’t work. 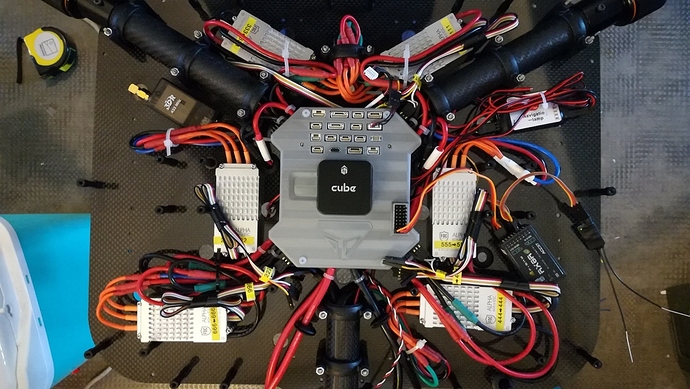 I made many changes to the frame to try to solve the vibration problem on the Z axis but with partial success.
I made the following changes:

The vibrations during autotuning are in the standard values, while in Auto they go out in particular the clipping increases quickly.
At this point I think the center plates are too flexible and a 3mm plate is needed