Hi. My SkyViper Journey doesn’t have very many hours on it and has been flying well until recently. In fact, on a fully charged battery (e.g. 4.17v) it will fly a short AUTO mission just fine. But afterwards, with the battery lower (e.g. 3.67, never lower than 3.6) it basically and suddenly falls out of the sky after being flown manually (in LOITER) for just a handful of seconds. It doesn’t tumble or such, it basically just flies straight down to the ground rapidly despite my throttle. No winds, no factors for vortex ring effects, etc. Then sometimes I can get it back into the air for a few seconds at full throttle, but then it falls again. I fairly recently calibrated it manually. Attached are a couple of dataflash graphs. Any clues appreciated, thanks! 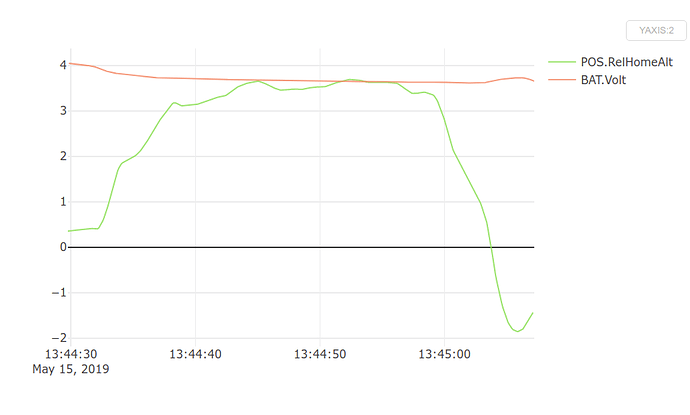 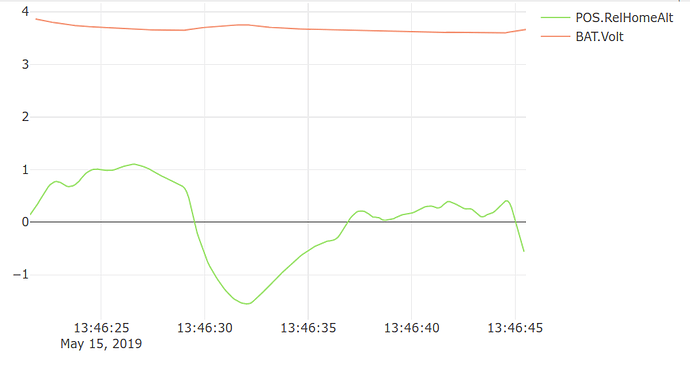 Try adding RCOUT for all four motors to your graph. I suspect you might see one of the motors maxing out on power when it looses altitude indicating which motor is bad (I had a bad MOSFET on one of my V2450 boards, but that is rare). 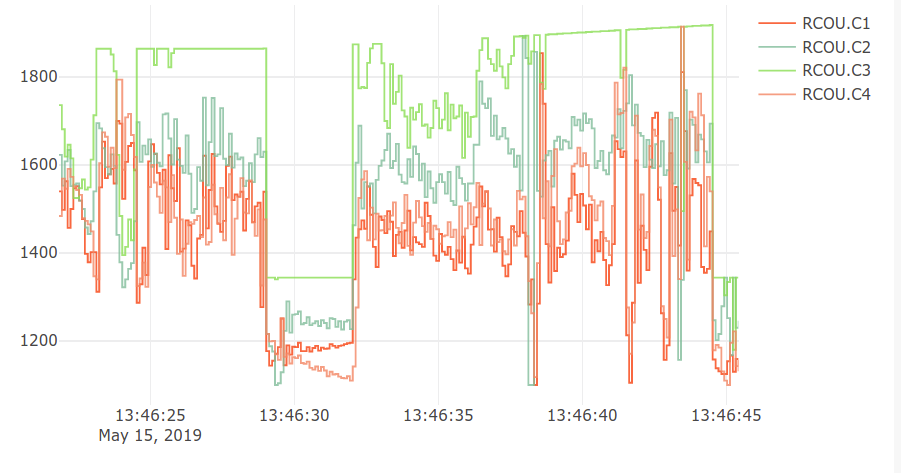 Some more flights are getting similar results. It flies fine – perfectly – for several minutes, then flies quickly down to the ground despite full throttle. It’s doesn’t tumble or otherwise go out of control, other than the forced landing. It can be launched a couple more times then can’t launch at all. Logs are showing C3 pinning at the top RCOUT whenever this occurs. Is this likely a motor overheating failure rather than a total motor failure, or something else? Does the Journey use the standard motor numbering, that is, C3 is the front left motor as viewed from the top and behind the flier? Thanks.

I ran some static tests. Motor 1 (front right) sounded the most noisy when turned by hand. But after some stressing, motor 4 (rear right) failed completely. It now seems dead and feels very loose. Of course there could be more than one thing going on here, but for now I’m assuming that the peaking of RC3 (which is 34, which is motor 2, rear left) was an attempt to compensate for the failure of motor 4. In any case, 4 is history.