3.4Rc2 has for the most part been working well. But today I had an unexpected RTL during an Auto Mission. Both GCS and Throttle fail safe are set for “continue with mission” and battery fail safe is disabled. I cannot figure out from the log why it RTL.

OK, reading the logs here I see some EKF variances during your mission. The first variance happens and it appears you have the EKF_FAILSAFE set to land,

Then, I see a report of a late frame on the radio. Since the first failsafe has triggered a land, it aborts the auto mission, so now it’s in land mode, your radio failsafe is set to continue in auto…however, that means RTL if auto isn’t active. When the EKF variance threw your mission to land, it discarded the auto mission.

Yes, I agree completely with what BigTulsa has said.

In addition, I think the underlying problem is high vibration on the vehicle. I think this is what upset the EKF and triggered the LAND. As a reference, my trusty IRIS has vibration levels around 15m/s/s. Above 60m/s/s is very likely to cause problems. Somewhere above 30m/s/s and 60m/s/s is the grey zone where it’s sometimes ok, and sometimes now. 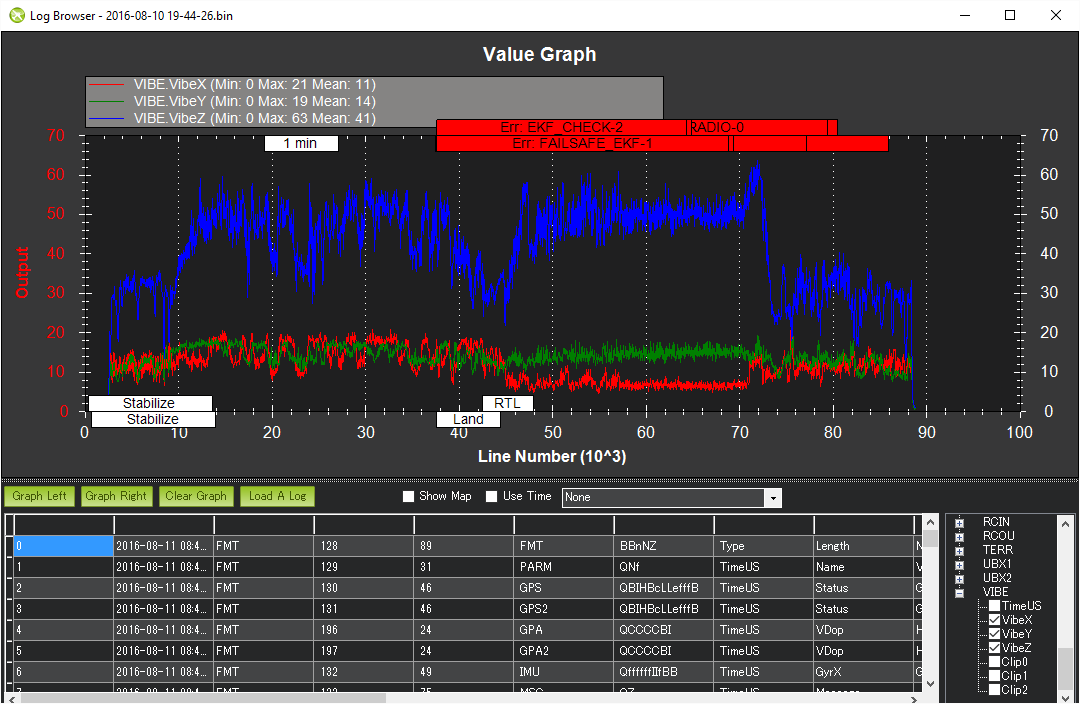 It looks like this vehicle is often around 50m/s/s which is the highend of the grey zone. Perhaps more vibration dampening foam? We recommend the hobbyking orange foam but there are various choices some of which are on the wiki.