Hi all, i am in the process of doing a new Rover build and am having a strange issue I cant tie down, I not 100% on log analysis on rovers so would appreciate some help.

I am randomly getting some un-commanded movement and twitching on throttle, some times when I move forward it goes back a little then forward then randomly I get it just go full reverse throttle until disarm. this is with no input.

I have been able to replicate it today and it happens around 6:20 onward on the attached log, on this one it just set off and rolled its self over in the end till i disarm.

I am in the process of setting the PID’s and tuning the speeds and steering but this is stopping me finishing as its randomly heading off on its own.

I dont believe its RC input looking at the log and Throttle in shown nothing but Out shows the movement I get, just not sure why.

Here is two screen short from the movement, you can see in one it twitched backwards before it moved forward and the second one is the part where it just goes full uncommanded reverse when I wanted to go forward. 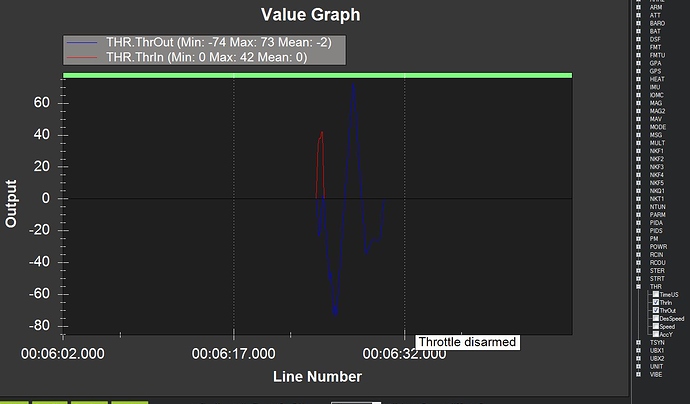 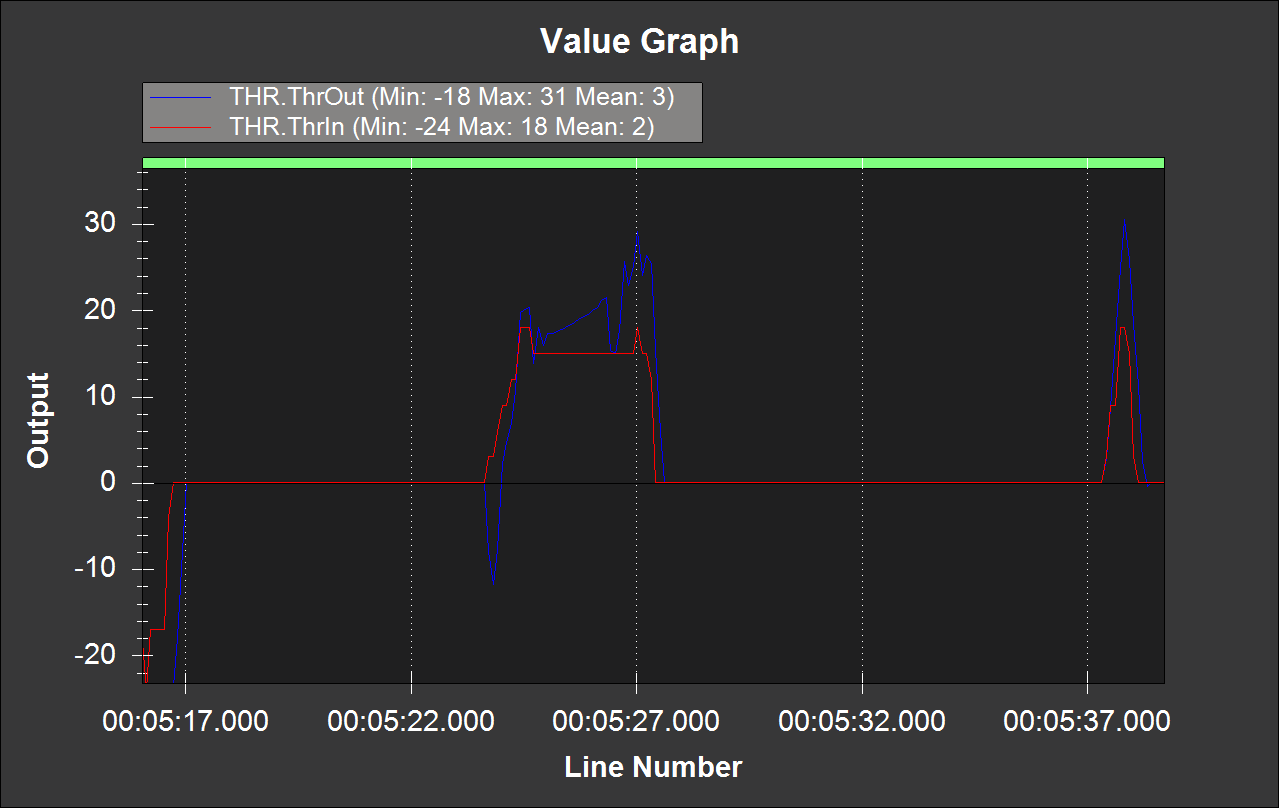 Ok after a load of playing and it trying to drive off into the sunset I think I have nailed this down. Turned off braking and totally retuned and now have it just nice with no more self sending it self off.

I’d still be interested in what the logs say as Iv looked at them for some time and all I can work out is some vibs on the IMU.

@MadRC, thanks for the report. I think the issue is that the vehicle had an bad velocity estimate (see the green line below).

It’s not clear to me why the AHRS/EKF would have a speed estimate at all because it doesn’t have a GPS lock and I don’t see any wheel encoders being used. I suspect we need to tighten up on the checks around this function.

Thanks for the response Randy, your correct No encoders and I was indoors at all times testing some things. It’s really odd as it was very repeatable at times. in fact I have another log as well if it helps.

It seemed to do it if you gave a short burst to move forward then it would just head off, sometimes jerk but then just go.

Since I have turned off Braking it’s not done it again. This has allowed me to totally retune now and dial it in. It’s a strange one.