I recently encountered a common issue regarding MS5525DSO-based airspeed sensors and their susceptibility to EMI performance degradation. While I am working on a stopgap solution (just add shielding!), I am also investigating long-term solutions.

The first thought I had: Surely someone has made a UAVCAN airspeed sensor? There is explicit support for it in UAVCAN, and is even the subject of their simple sensor node example.
What I’ve found, however, is that while some have dabbled in the concept (OlliW, Thiemar, and ProfiCNC for example) I’ve yet to find a completed instance.

Has anyone more aware/involved in the UAVCAN community seen recent developments for such a product?

Now, the reason I placed this topic in ArduPlane is the potentially more critical question:
Does Ardupilot’s UAVCAN stack support airspeed nodes in the first place? I’ve not noticed any parameters to suggest so. I’ve been dabbling in designing my own sensor board, but came to that question pretty quickly.

There are other ways to solve my original problem (interference degrading sensor performance), namely the use of differential i2c, such as that implemented by mRobotics - assuming the culprit is i2c’s vulnerability to interference, and not the design of the ms5525 itself.

What does the community think? Am I over-complicating a simple problem, creating solutions that are impractical, or merely that no-one wants?

Canbus peripherals make a lot of sense, particularly things like compass and airspeed sensors. I really don’t know why nothing has made it to market yet.
Re drivers: usually don’t happen until there’s new hardware that needs one.

I am a huge proponent of CAN peripherals. Earlier this year we produced proof of concept UAVCAN GPSs and a UAVCAN 5525 airspeed sensor. All using a standard CAN circuit and the UAVCAN supporting OpenMotorDrive framework. The issue specifically for us (mRobotics) is the limited number of customers who seem willing to pay a premium for CAN devices they think operate fine using uart or i2c. I am optimistic this will change and when it does I have almost every peripheral we sell ready in CAN to go into production.

I would pay something more to have more reliable sensors on CAN bus.

CAN peripherals are badly needed, but I think where it really gets interesting is when you start using the processor for more than just passing data back.

For example the typical external GPS/mag unit with an added stm32 and IMU could now run another instance of the estimator and perhaps even come factory calibrated (including temperature). This would be like a poor man’s VectorNav (https://www.vectornav.com/).

@pkocmoud How much of a premium is it looking like?

The MS5525 is a great starting point, but as I’ve been doing further research on existing sensors, I think it tempting to use more advanced sensors which require host-based calibration and multi-order correction (incidentally, now possible with the MCU necessary for UAVCAN nodes).

But we were talking about paying a premium for advanced sensors.

I imagine most of the cost would be distributed NRE for development of the firmware - I, for one, have a hard time even understanding where to start with a new UAVCAN node . . . All I know is that I’d likely use an LPC11C24FBD48/301 (integrated CAN transceiver) to reduce BoM and solution footprint. I’d have a lot of learning to do, catching up to the likes of Pavel and OlliW.

I personally think that airspeed sensors are one of the most common root causes of planes that are properly set up. Spending a premium on the sensor that prevents planes from falling out of the sky should not be a problem.

Should not be a problem technically or economically? I think you mean the latter. Just curious.

UAVCAN Airspeed is under development, we also use Honeywell TruStability RSC series.

Any time frame about possible production or testing?

Hi. Anything new?
Airspeed on CAN bus and with Arduplane UAVCAN supported is badly needed for my large VTOL, where pitot tube is in a wing and far (3+m) from CubeBlack.
Have tried MS4525 and 5525 (i2C issues - long wires), Drotek SDP033 (silicon tube length problem)…
A totally agree with you guys who thinking AS on CAN is simply a must.

we already developed uavcan airspeed for a long time. 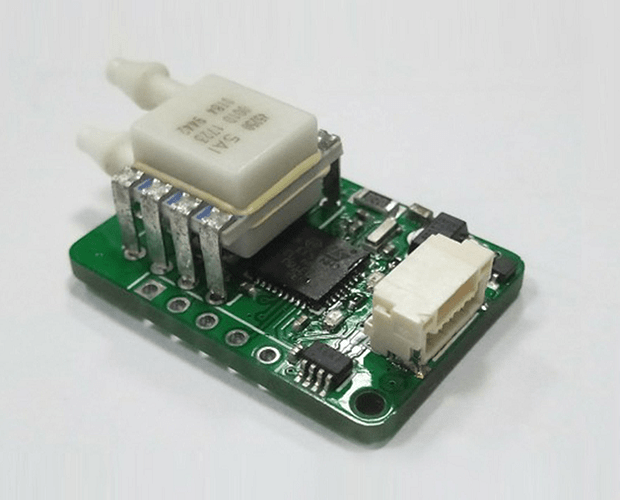 Nice. Thanks liang-tang.
As I can see, this one is based on the 4524 sensor?
Do you have a version with the Honeywell TruStability RSC as mentioned in one of the previous posts? 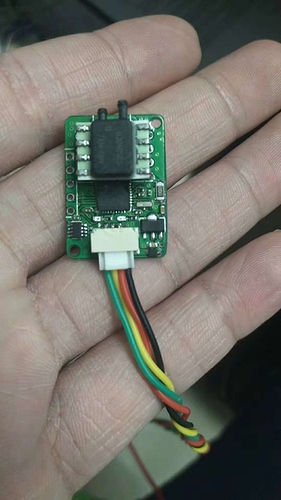 cool. i just sent you an email

Hello Liang,
What is the maximum speed that can be sampled with this sensor??
And do u supply a pitot-prandtl tube along with this?

The sensor is RSCDRRM020NDSE3, which means the maximum speed is about 90m/s. 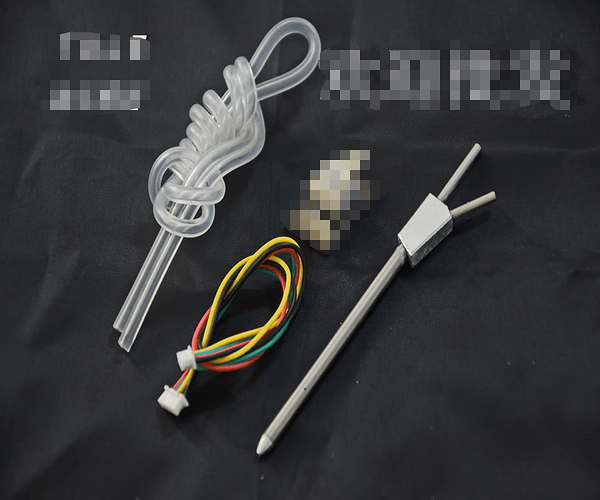 Evan we will have several UAVCAN AirSpeed systems coming and there is already software for those. Boards are jointly developed with Olli. Among airspeed, there are several other boards already on market and many more is coming in Q1/2019

@jpkh Has there been any update on this?