A previous flight had a Herelink failure with Solex crashing multiple times in one flight. I rebooted the app several times, gave up and tried to fly without it. The copter seem to disconnect and flutter to the ground. I did not get a RTL. Now, this made me switch to a Taranis setup to attempt to tune. The unit is airworthy and seem stable. I am not sure if the Kore board or the Orange Cube are failing or that the manual tune is not good enough to start the Auto Tune. I followed all the steps to calibrate large props and get the unit ready to fly. Auto Tune aggressiveness set to .70 - Note: that the batteries are set atop the copter and I believe that makes it a bit top heavy.

I’m not exactly sure what you need help with - is the craft now flyable with the Taranis, or was it just the Herelink/Solex issue preventing that Autotune from finishing?

It looks like a contributing factor is the motor output imbalance: Motors 1 and 2 (CCW) are generally working harder than motor 3 and 4 (CW). This indicates a phsyical yaw bias, like motor mounts twisted on the arms.
Motor 3 and 4 going that low might be a real problem during Autotune.

While using Solex on the Herelink I experienced app crashes multiple times. I never got to the Auto Tune. I was hoping to get the copter tuned with Taranis and double back and try the Herelink.

Are you saying the arms are twisting? Did the copter ever lose connection with the radio? That is what happened on the previous (Herelink) flight.

Yes arms or motor mounts twisted - EDIT, I see you did lots of yaw around and around, that might have confused me, I might need to evaluate more!
There’s no RC loss in that log you linked to before.

At the start of the flight, and during small Autotune movements the Pitch/Roll and Desired Pitch/Roll track very closely. The as twitches get bigger the yaw bias issue doesnt leave enough headroom for proper attitude control, and that becomes a real issue in the Autotune. Eventually control is lost.

I was in POS HOLD and the copter seemed to yaw around while still pointing in the same direction (either inward or outward. You can see it in the video. There is other text laid upon the video that explains the certain moments, actions, etc…

I saw some of the text - thanks.
So a lot of the yaw was not commanded? I checked in the log again and I see where you did a bit of yaw input, but mostly it is actually that yaw bias I spoke of - so fix that first (after any other damage)

I think I have the motors mounted correctly. You meant a physical problem right? This frame does have some flexibility because it is fold-able and I was concerned about the batteries being atop the copter. It feels a little top heavy and on the two previous failure the unit landed on its head. 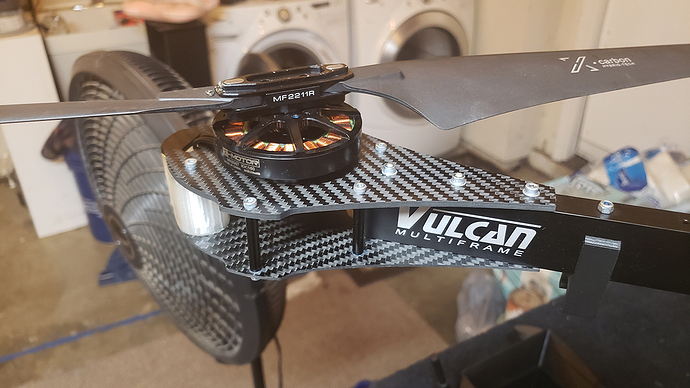 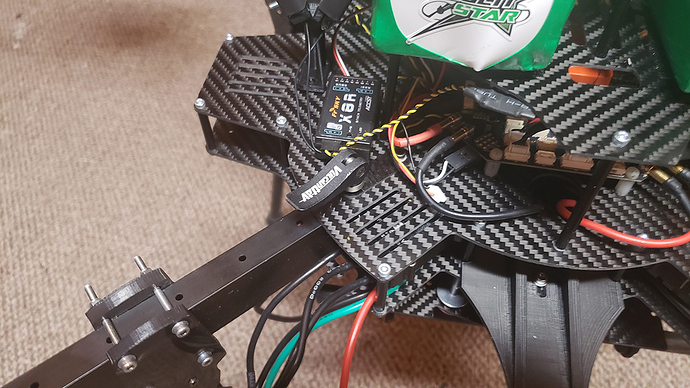 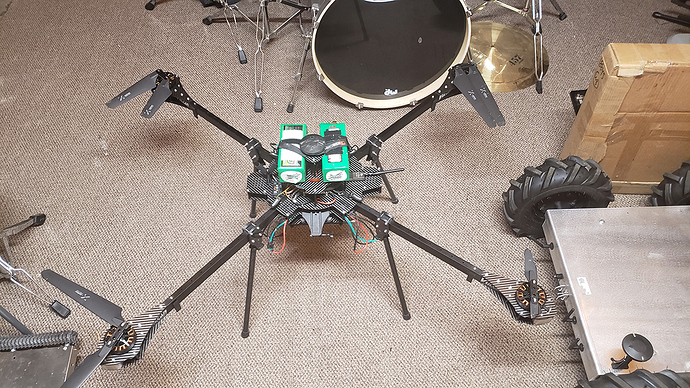 Wait - Kore carrier board might have thrown me off course!
No it didnt - you’ve got standard motor numbering set up, so the yaw bias (arm twisting) still stands.
Unless the CW and CCW props are different construction/pitch, but you usually only see that with cheap copy ones.
Just make sure the craft is well balanced anyway.

I took a quick look and noticed you have your hovering throttle extremely low around 0.145.
If i read correctly from the pics i think they are 180kv.
I would try to tune it with 18 inches props to have the motors throttle a bit higher in hover, so that you have headroom to lower throttle during flight too.

Haven’t weight it but I know it’s light for its size.

So, one more time, check and see that my motors are mounted flat and level?

160 KV. The props are matched to the motors. That’s from the T-Motor website.

I could also shorten the arms? There is room for that.

Problems are way worse than what a slightly twisted motor would cause and your rates are ok so don’t look there to find your probs, having square arms, don’t see how you could have twisted motors anyway.

Try a tune with max 18 inches props, maybe even smaller to stay on the safe side, in my opinion your prob is, light quad, big props spinning slow.
Shortening the arms a bit wouldn’t hurt too.

I have cut two inches off of each arm. I am mounting the batteries lower and farther out from the center. (they were previously right next to the GPS tower) I have input the values you have suggested accept the ATC_RAT_PID’s. If I input these will I still be good to AUTO TUNE the copter? 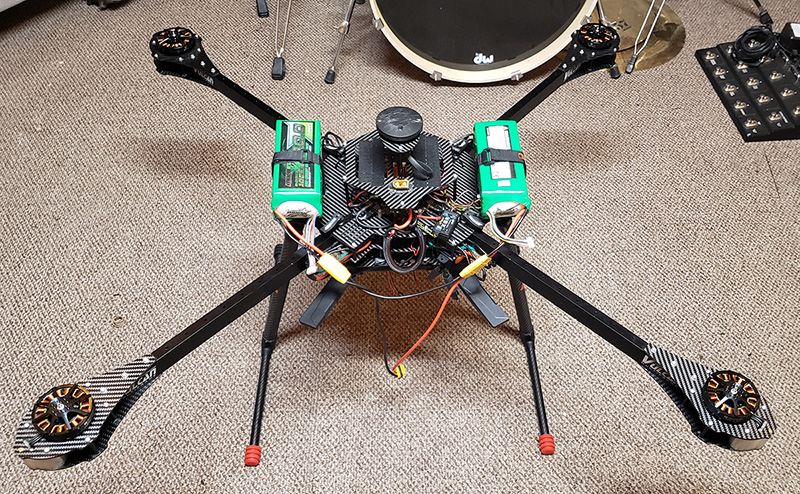