Troubles with APM 2.5? and External Compass

Just wanted to say a quick hi as I’m a new member, and seek some advice on a new setup I am working on for a kids project. In short, we have a 3DR APM 2.5 (I assume because it has the internal compass), and the external compass and GPS module.

Does anyone have any suggestions?

From what I understand the APM can only use one compass. To use the GPS compass you need to cut a trace on the APM.

So that was my first thought aw well… but when I pulled the cover off, there are just two pads there that say “Mag”, and no soldered trace of any kind.

Sort of looks like this… just bare copper pads and not a drop of solder anywhere. 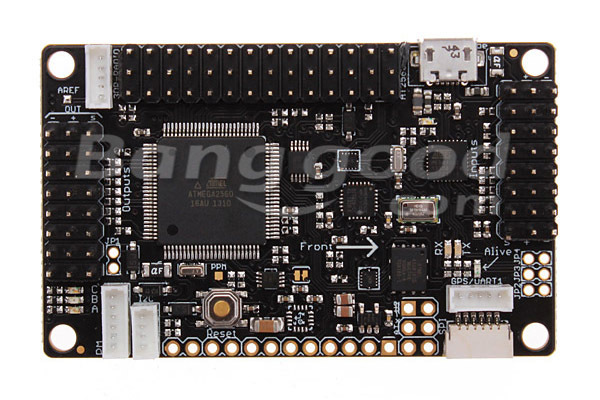 Just under the “F” on “front—>” you need to cut the trace. You might not see solder but there is 2 gold pads with a very fine trace between them. You need to cut that trace to disable the internal mag.

I must not have looked at it close enough! I’ll take a look later on tonight when I get home… It’s just weird how it shows up perfectly in calibration, but not in nav. 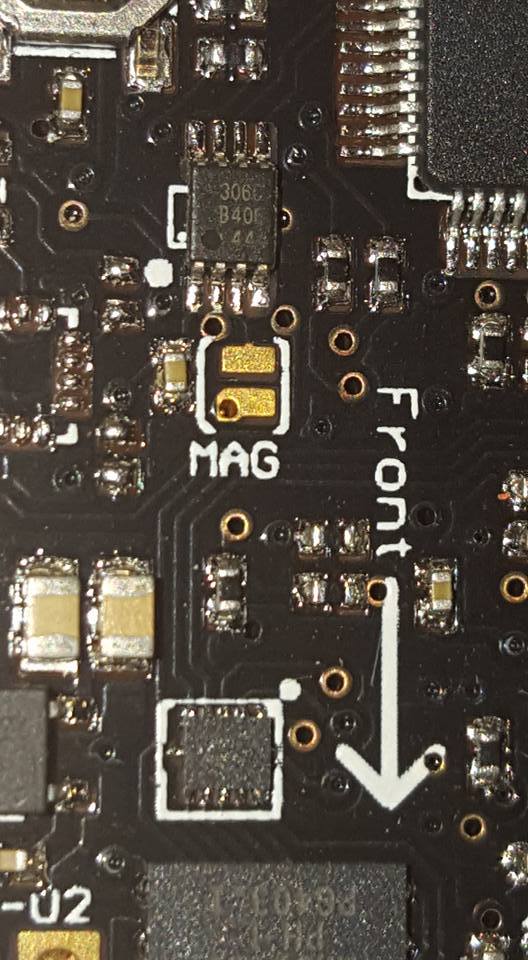 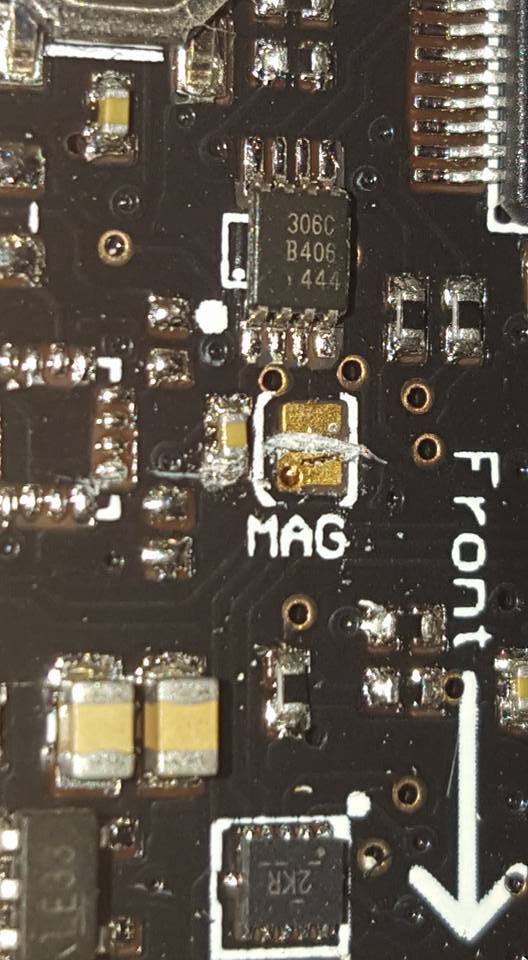 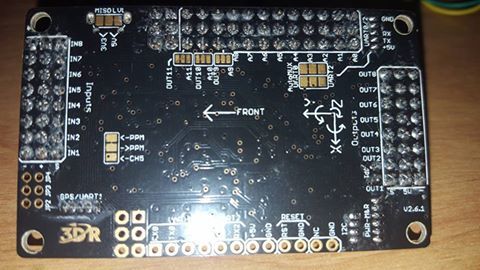 Im at a loss here

Sorry I though it was an APM 2.5 not a 2.6. So it will only use the external compass. So then you dont really have a problem or dont know what the problem is.

So here is where it gets interesting… If I unplug the external compass, and even the gps antenna for example… the internal compass still works… If it’s a true 2.6, as it was sold as, and is printed on the board… then it shouldnt have any compass at this point… this is what is most confusing to me lol

The hud will update it’s heading from gyro inputs, which will look like its using an internal compass. To check that, power up the board with its front facing in different directions. If each time the hud says it’s starting at north then it’s not using any compass just the gyros.

If you have a volt meter, check the wires going to the external compass and see what voltage is powering it, it’s possible the 3.3v regulator has died.

Alright… so i powered up the apm without the external compass, and measured voltage… spot on 3.3volts. I then tried a compass calibration, and nothing showed up when i tried to calibrate. I then power cycled it facing 3 directions, and it did always show north when it powered up, and responded when i turned it.