I got the traxxas trx-4 kit (included electronics).

My question is has anyone done the pixhawk Rover project with this setup? Perhaps some pointers if so to hopefully save a little headache.

If not, then ill update as I build this project.

I don’t think it’s much different than other RC Truck/Cars as Rovers. Ditch the RC system as you will want more channels, set the ESC to Forward/Reverse if it isn’t already and add the Ardurover components (FC & GPS). It’s been done many times. One of mine is based on a Redcat Racing Crawler.

Copy that, sounds like a plan. Appreciate the feedback

First I wanted to say while this is not directly tied into the Rover software itself, I think this information will be handy for those whom want to do the trx-4-kit project.

Today I completed the TRX-4 transmission case. I opted to upgrade it to an aluminum one for both weight and overall durability.

One thing I noted (both watching videos and opening it) lack of shims. (Shim sizes needed for the transmission build is M5x7mm. M6x8mm and M4x6mm will be needed in the axle bag).

The amount of play space in the transmission case is horrible. I will attach a picture with the setup look for the shims. (Only change was I took out the 0.1mm shims on the transfer case assembly as it was too tight with them) 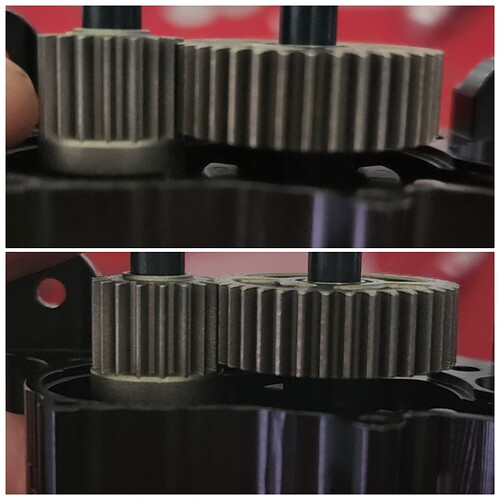 Hope this helps others later down the road.

I will be building the axles next and have shims to be delivered tomorrow, will post when completed

While you are using much higher quality parts than my cheap testbed Rover, the steering response and average speed will likely be similar. I highly recommend using the 4.3-dev branch for this build, as SCurve navigation will probably be easy to tune. I was able to get very straight tracking and good turn performance in a short evening of tuning, and that little monster truck zips around the yard at a pretty good clip in auto mode without issue.

I can definitely echo @dkemxr’s comment regarding RC - ditch the stock setup in favor of something with at least 6 channels. I use a 16 channel FrSky setup in mine, which is welcome overkill.

Thank you for that feedback, I will absolutely check that out. And yes I have a 8 channel controller and reciver. I only got the whole package as it made economical sense with the servos

On real R/C car racing 2|3|4 channel radios are used (mostly pistol type (trigger+wheel)), and you can reasonably handle ardurover (rovers|balance bots) with the same radios and reduced number of channels:

Just a point of information, this build is a crawler not a racer. I will also be adding a pan and Tilt setup so that is 2 more servos. A 6 channel is almost not enough.

Thank you for the information on a racer rc though, that is good to know should I plan to do a racer rover.

If you can help me with the part you suggested. The 4.3-dev branch. What exactly is that? I am very new to rc builds so I do not know what this is. I appreciate help on this.

Ooooooh firmware. My apologies, I thought it was a physical parts. Thank you for clearing this up

I understand that you can make do with fewer channels, especially if you plan to stay close to a GCS computer. Through more than several builds, I’ve found that I almost always have a use for more than just 2-4 channels.

The rear and front axle portals needed to be shimmed as well. Not too much but still will make a difference. Yours might be vary but here was what I had to do. 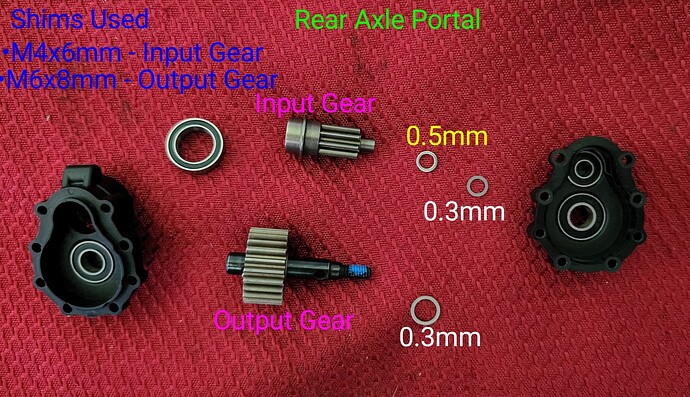 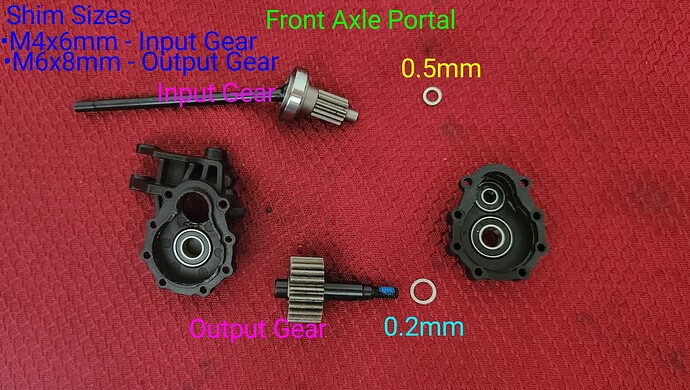