Transatlantic and Circumnavigateing the globe!

Hi, so for some time now I have been googleing around the internet, looking at various posts about autonomous vehicles and I stumbled on the seacharger project. Were some one made it all the way from Californian to 300 miles off the coast of New Zealand, this made me very curios and I wanted to start my own project.

My plan is to build a 4x100W 18V solar powerd boat to launch and to first do a transatlantic crossing (Europe (Sweden) -> US) and then if all goes well try to circumnavigate the globe.

But first I need to learn the ropes, I have very good knowledge of RC controlled stuff, but very little when it comes to the different types autopilots, and even less knowledge about solar power etc, but I guess I iwll have to learn

For my first trial I have ordered an Ardupilot 2.8 with GPS, Compass and some Telemetry and I am going to some navigation trials.

If anyone has any tips about hardware, and lessons learned the want to share please feel free.
For now I am looking for a cheap boat I can install all the electronics in to to start small trials and learn how to use the navigation software. 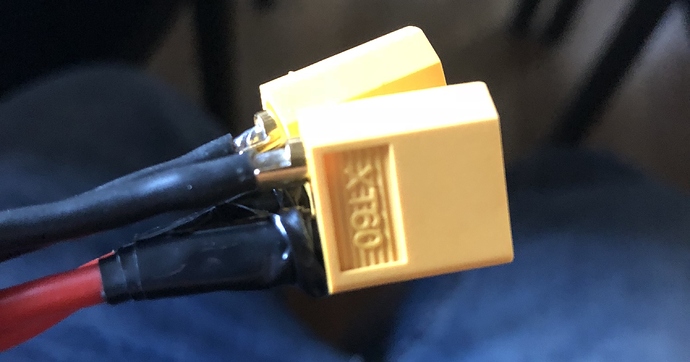 but my Pixhawk is stuck in customs. So that will probably be another week

Ardupilot is the software umbrella.

You may have an APM 2.8 which is the hardware.If that’s what it is then it’s out of date and unsupported in the code.Far better to go straight to a Pixhawk controller,and probably best to go with a Pixhawk 2.1 or equivalent (you’ll have to research different brands and abilities) and a couple or more GPS units of very high quality,marine quality probably.

The Pixhawks are supported by the latest code so are the way to go there.As to other hardware I’ll leave that to the marine engineers and rover coders.

Boats come under the rover tab, I think,and have a wiki - http://ardupilot.org/rover/index.html

Hi Jagger. Thanks for the tip. Yes I have ordered a 2.8. They were dirt cheap with GPS, Compass and telemetry. It will still work right? There is still rover firmware for it to load?

I looked at the Pixhawk 2.1 and it was wastly more expensive, but definitely something I will choose for the full project.

I don’t know what version of Rover the APM supports but you’ll be wanting the latest one if at all possible.It only has an 8 bit chip compared to the 32 bit of the Pixhawk and is is also crippled by a small memory.The Copter firmware left the APM behind several firmwares ago.

You can also get a dirt cheap Pixhawk 2.4.8 which will use current code and have more ability all round.That would be the way to go before progressing to the latest hardware as you’d use the same code on both.And they can use companion computers,which you’ll be wanting.Around the same price as an APM 2.8 usually.

The APM will get you into the Ardupilot world but it’s a dead end and you’ll have to start all over again with the new hardware/firmware.It’s not worth it.Really.Don’t make more work for yourself that detracts from your finished project.Get a cheap Pixhawk 2.4.8 and see what version of hardware is about when you build the big boat.

So, this is the one I am looking for?
If I understand correctly, GNSS is the GPS/Navigation module?

That is the current top of the range Pixhawk.Also rumoured to have an upgrade in the works.And yes,they call it GNSS now it seems.The HERE set up has a compass as well as the GPS but I doubt it’s salt proofed.

For starters you could use the Pixhawk 2.4.8,which is a mass produced Chinese version of an early Pixhawk.

That will get you into the code without breaking the bank and will get you started along a long road.Or ocean.

Thanks Cala. I have just quickly googled satellite communications. But this is a very useful link.

Thanks, but since the ardupilot 2.8 is ordered and shipped I might as well order the New one if I am going to switch platform, no point in having three pilots

I will make everything salt and water proof once I have done my initial tests. Doubt I can find any RC equipment designed to survive 1-2 Years on the open ocean

Sounds like a great project. I definitely 100% agree on the advice to get a more modern flight controller board.

I finally acquired a boat for my small scale tests 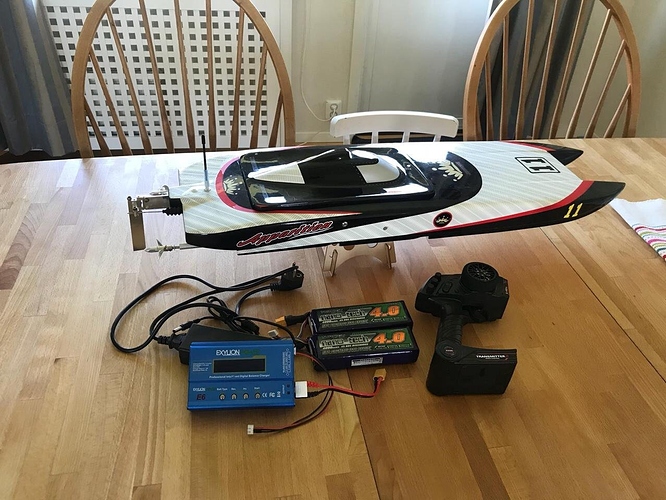 I will equip this boat with 20-40 000mah battery and run long runs around the öresund.

Ha! love it! That is a super quick boat. I actually have the same one on order so we can share parameters :-).

That’s great! I Will definitely do some speed test

I got mine super cheap used. So I won’t cry if it sinks.

Ok, so I have to come to terms with with a 1 major flaw in my test setup. The boat I originally got was to small, built for speed and wouldn’t carry any of my larger batteries. So I had to get a new one.

I got a Traxxas Spartan. Nice and roomy inside for electronics and battery. I will do a weight test next weekend and change the connectors onboar to XT90. This way I can run up to 4x10 000mah or 2x20 000mah batteries depending on how it will handle the weight. I will also change the weak 1700KV engine to a 2800KV engine.

Pictures, and a short movie, as I wanted to test the performance of the Traxxas Spartan, with 2x1,2 KG 10 000mah batties installed. Quick calculation this should give me 60-75 minute runtime att 35% throttle, just enough for the boat to go in to plane on a smooth surface. 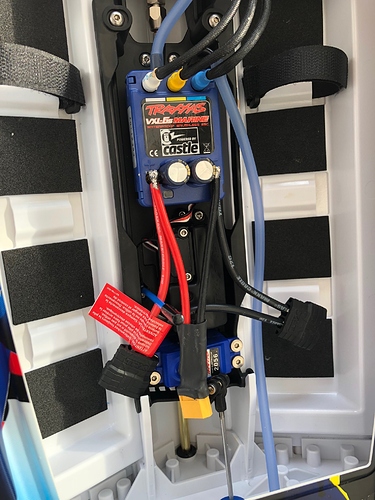 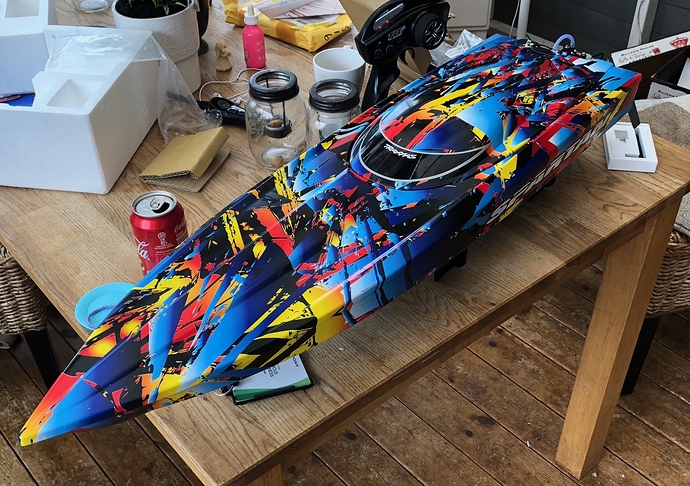 I wasnt allowed to upload the mp4 video file, but I will try an figureout a way to use a cloud service to do that.

[EDIT] I also got the APM, GPS, Telemetry and video link yesterday. So I will spend the weekend fiddeling with that. I have orderd a PixHawk 2.4.8 and it is on its way.

This is the route I am planing to calibrate my autonomous program on. I am planning on doing the first test in 7-14 days, depending on when my new pixhawk arrives. For the first few runs I will follow along in a boat. 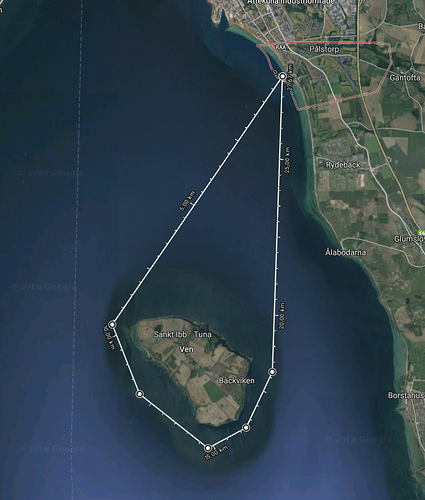 Will the boat get on plane with 4KG’s of battery weight? What voltage does this run on and what amount of Amps are you pulling to get on plane?

Hi David.
Well, I do think so. But I estimate 80%+ throttle for that with the default motor. I have a more powerful one, that is 2800KV. But considering the runtime I got with just the two 10k mah batteries I don’t think I need 4Kg of batteries to complete my test run.

As for how much amp it will draw I am unsure, I don’t even know how much amp the motor pulls. Traxxas hasn’t specified.

Once your set up and running with Ardupilot you will know how many Amps your pulling.

Super cool! We seem to be moving in parallel directions. I couldn’t get the Apparition in the end so I got a HydroPro Inception instead.

Good luck with the tuning!

By the way, when I do tuning, I use ACRO mode and I connect up a telemetry radio so that I can see the desired and achieved values in the MP’s tuning screen. The method is described at the bottom of some of the tuning wiki pages.