So, I’m pretty certain my toilet bowl effect is strictly related to a bad compass calibration. Because any time I do an “Auto Analysis” in MP it always says bad. Thing is, I’ve done my compass call over and over again and it always says completed successfully, but still says my compass is bad. I do the full compass call with rotating in each axis etc and always facing north as best as I can…and away from metal…did it out in my yard last night…which should have been good enough.

My SV was pretty rock solid when I got it. With my replacement motors I can fly it again…but it isn’t rock solid anymore. Here is one of my logs from last night.

Let’s just suppose . . . that someone grew tired of the shortcomings (brushed motors, flight-time) of the V2450GPS (but was still enthusiastic about the overall product), what would be the next logical step-up in a different drone that uses Ardupilot and was more reliable?

Longshot but someone told me to check the connector the GPS and FC have together. Sure enough I found one of the female pins was backed out and not coupled. After fixing, it still took a few tries of the rotating cali to get it back to normal.

I recently had a similar issue with poor Loiter over the summer on one of my SVs and finally got some time to look into the cause. I used one of my stock SVs, which Loitered well, as a baseline and compared the parameters with the one that didn’t.

Granted, I had messed around with things like swapping the STM32 Flight Controller (I burned out the original) and binding to my Taranis radio (which was cool). So I went back to the stock transmitter, Toy Mode, and tried to compare the differences. The main differences are below:

Sometimes I made multiple changes at once, which is not good for testing isolation, but it is winter here and I literally fly out of my house in Alt. Hold mode and then switch to Loiter in the backyard for testing. Crazy, huh?

In addition to setting the parameters above (not sure what COMPASS_AUTODEC set to 2 does, perhaps anything non-0 is the same as 1) I realized that the SV uses COMPASS_PMOT_EN set to 1. So I raised the GPS module above the case and re-calibrated the compass using the Onboard Mag Calibration routine successfully. Again, I made multiple changes at once. On my first flight in the backyard using LOITER mode, I could literally see the hover get better and better! It went from toilet bowl to a solid hover! After a minute or two, my SV hovered just fine as if it was fresh out of the box. 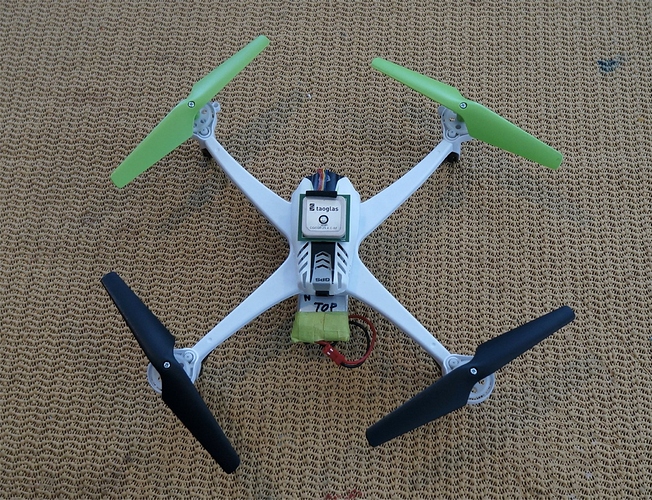 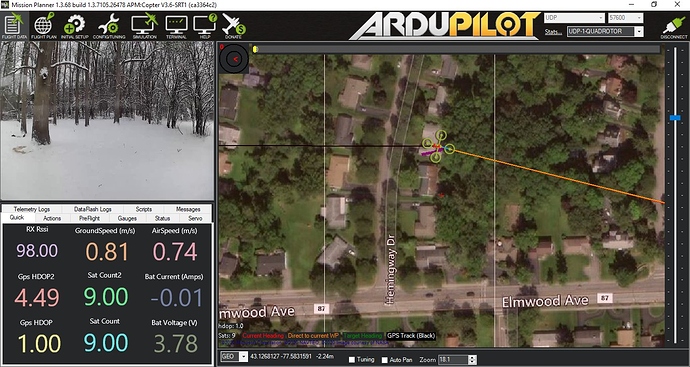