After installing 3.4-rc1 I sometimes see sudden drop in altitude, I see this at least in AltHold or Autotune modes. Today I’ve been running autotune in almost wind-free environment and on several occasions copter would quickly descend almost falling and I had to increase throttle significantly to compensate for this.

Looks like there is a problem with altitude estimation: 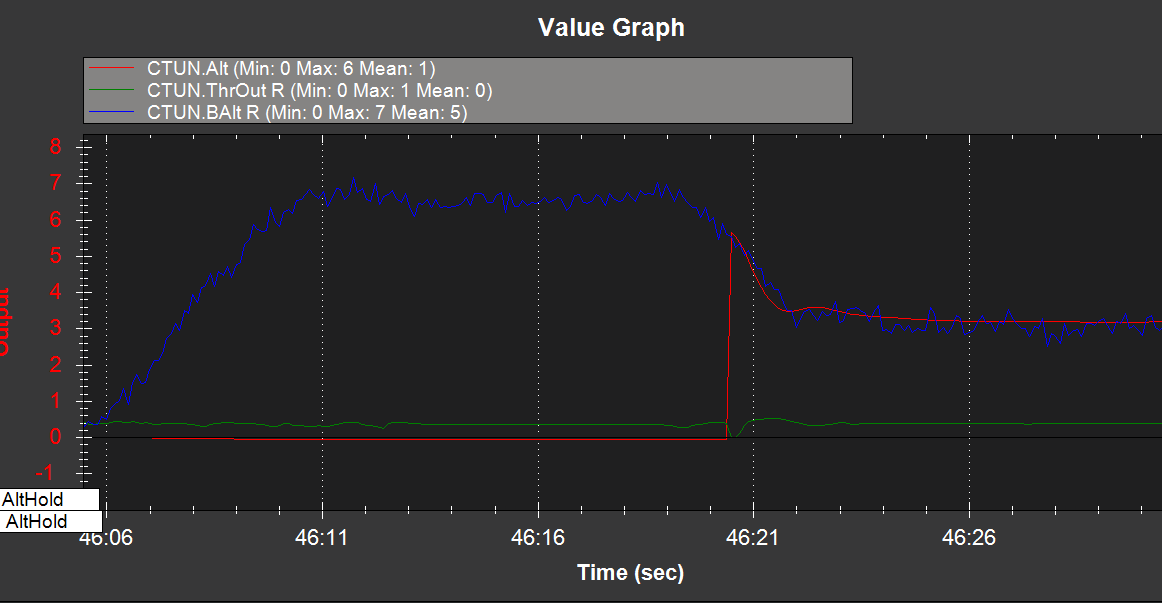 Looks very similar to my issue:

There is a bug in the inertial nav library that means the height output from the estimator does not have the required conversion from m to cm performed when the estimator is reporting that it doesn’t have a position estimate (ie before GPS checks pass).

This has been fixed along with some other updates in a PR that is pending here:

In the meantime i would advise not flying in any modes that control throttle automatically before the GPS pre-arm check passes.

Safe from this particular bug unless you lose GPS for longer than 5 to 10 seconds (I don’t remember the exact value) and it falls back to non-GPS mode.

This fix has been released with Cotper-3.4-rc2 that should appear in the mission planner’s beta firmwares link in about an hour. I’m going to close this issue, hope that’s ok!