The helicopter banked at a large Angle during takeoff 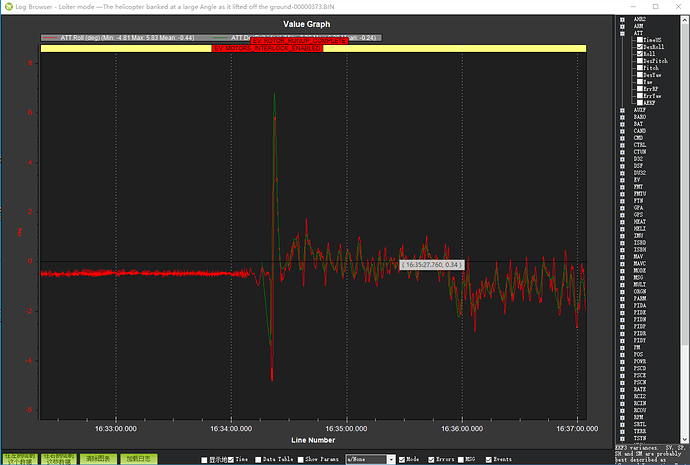 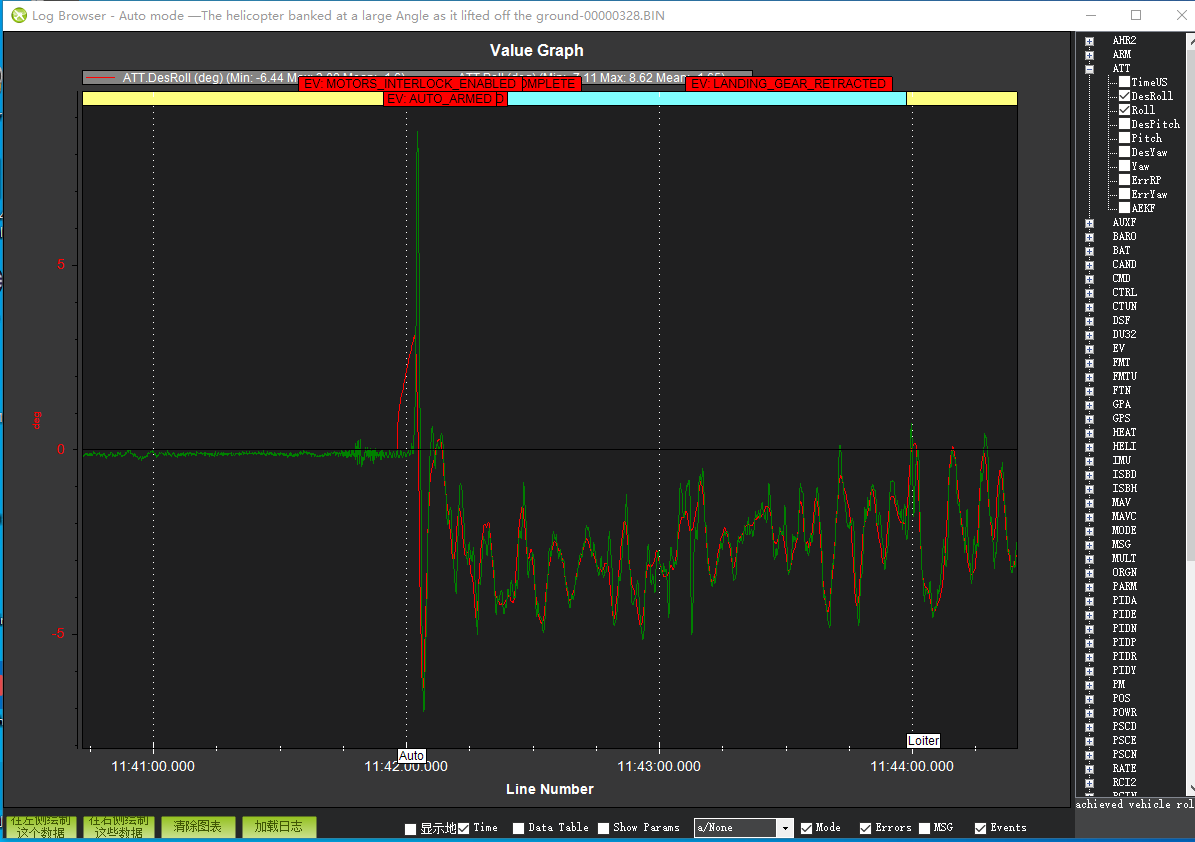 My flight control version is 4.1.5. H_OPTIONS parameter is 0. This is my flight log data.
The helicopter banked at a large Angle as it lifted off the ground

Hope to get help, thank you very much! 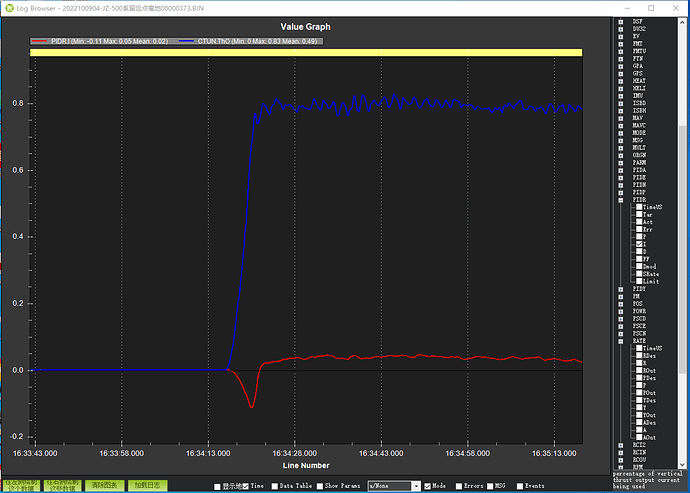 The integration starts when the collective pitch starts to increase1300×929 42.2 KB

@Flying2015 good job on your analysis. It all makes sense. @Leonardthall has already made a change to the code to fix this issue. This change causes the throttle to be raised at a constant rate and the not landed flag is set when the aircraft determines it is flying rather than just setting the not landed flag at the beginning of the takeoff sequence. With the new change, the integrator is not released until the aircraft determines it is off the ground. This new behavior will come out with version 4.3.0 which is currently in beta at the moment.

Wow, that’s great. It’s an exciting new release. We are looking forward to it. Thank you for your wonderful and creative contributions!

The other thing to consider is to set the WP_NAVALT_MIN to 50 cm. This will keep the flight controller from trying to control the aircraft before liftoff. Be aware though that you may see it start to drift on takeoff and then it will quickly correct once it gets above 50 cm.

@bnsgeyer
That is a good hint for me too. Always good to read the posts from you

Does this parameter also influence the behavior during start in Loiter-mode?