The Altitude was different by 20 meters

HI, I was flying yesterday and I found that when we put 200 meters altitude on guide mode, the plane was flying at 190m. we tried 320m but it was flying 300m.

On RTL mode it was correct but when we try fly to here, the distance was different by 10 to 20 meters.

do you have the corresponding tlog as well? I’d like to see the pkt that commanded the 320m height.

It looks like the altitude is exactly matching the commanded altitude. In the tlog I see the command going to the plane to fly at 310m and it flies right on 310m. Similarly I see a command to fly at 200 and it flies at 200.
If you can playback the tlog and tell me the exact time you see a discrepancy then I can look again, but as far as I can tell its flying exactly as requested. 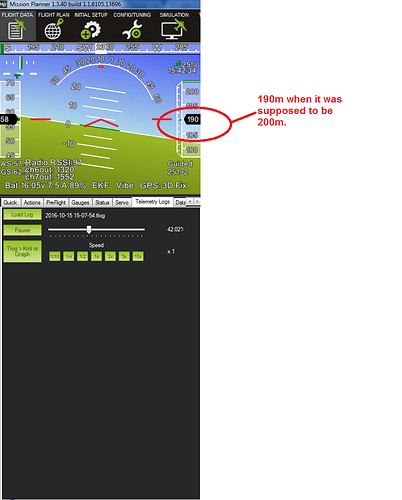 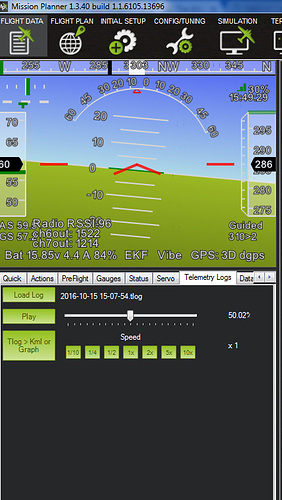 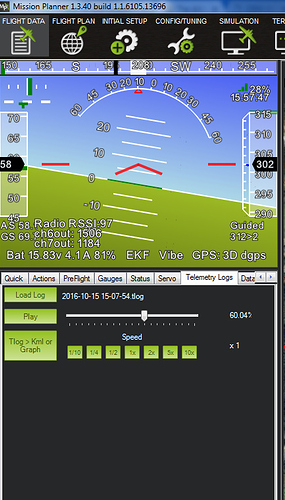 ok, I see, thanks!
The logs actually show it was at the right height, but the reported altitude that MissionPlanner is using in GLOBAL_POSITION_INT.relative_alt is wrong by 10m. I think it is a problem with home alt vs EKF origin.
I’ll see if I can find it.

Confirmed, I have the same difference in my AP

I don’t know now if the previous issue of losing altitude was also caused by the same issue. What do you think?

HI Andrew, is there any update regarding our altitude issue? were you able to find it?

I have the same difference in my AP too

We did a flight yesterday and we had the same altitude issue and it is a different Ph1.
The arduplane was 3.7.1

We found that we have an altitude different in Guided mode only.

We noticed also that 1 year ago, the issue was only in guided mode.

Would you please check it.

How is alt determined? Is it using Baro or GPS or some hybrid of the two? I noticed in my plane that the baro alt drops by 13m as soon as I power the motor up. I suspect this is due to my cooling vents in the firewall causing an increase of pressure in the fuselage when the prop spins up. My motor is up front. I am going to block some of those vents to see if I can get this behavior to subside some. Not sure if there is impact in flight calculations from this or not.

We did an upgrade to 3.8.0 and we will see if we will have the same problem with it.

How is alt determined? Is it using Baro or GPS or some hybrid of the two?

I believe the altitude is one of the states computed by the AHRS (via the EKF). Therefore it is very dependent on the barometer, so as you suggest, pressure changes in the fuselage of the plane will very likely cause the altitude estimation to be in error. I agree with you that physical mods to remove the pressure changes caused by the prop is a good thing to do.

EDIT: An interesting test would be to reach a high altitude, then turn off your throttle and glide for a bit. Watch to see if your altitude changes according to the lack of prop-wash?

Is your plane a single engine pusher or tractor? If it is a tractor, should be real easy to test on the ground. Just hammer the throttle while holding the plane for a few seconds and see if you get alt change either on screen or in the logs.

I think the fact that your plane is lower than indicated my be an indication of the fuselage or compartment where you have the flight controller is building up pressure. If pressure increases, then measured alt decreases. How is your alt from the baro compare to that of the GPS?