Any suggestions on how to configure a tandem tilt wing? yaw vectoring for bonus points. 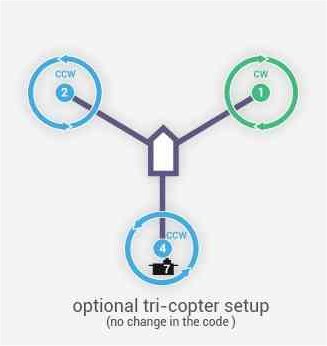 This is a tandem tilt wing

You could get it working with the tilt rotor params

It wont treat the front and rear wind differently tho, they would both tilt at once.

It looks a lot like my Ares V-Hawk where only the outer motor pods tilt. This model, which does not use an APM controller, also tilts all the pods at once. Also, because you are using 4 motors, you can choose vectored yaw or non-vectored yaw (like a quadcopter) in APM.

This is very close to my configuration except the motors are fixed to the wings and the wings tilt. Do you have a suggestions on how to configure ardupilot to control this configuration?

Yes, this is what I was thinking as well. Thanks!

Do you have a suggestions on how to configure ardupilot to control this configuration?

Since you have 4 motors, my recommendation would be to configure a continuous type of tilt-rotor. In this manner all 4 motors would tilt up or forward together, eliminating the need for vectoring servos in the front drive motors. The yaw is controlled during hover like in a copter by mixing the motor speeds.

Thanks for the feedback! I have had poor results using differential motor torque for yaw in the tandem wing configuration due to high moment of inertia. I have found yaw vectoring and/or active control surfaces to provide much more effective yaw stability in hover. Is there a way to achieve this?

I haven’t had any issues with differential motor torque. If your frame is solid, then either “X” or “H” frame setup can be used. If not, you may want to read Sebastian’s explanation here.

There is also a section in the WiKi called, Increasing YAW Authority.

Appreciate the feedback! Having built several 25-55 lb tilt wings, I can assure you, yaw vectoring or control surface based yaw is much more effective. The increased polar moment and all that sides area from the wings and fuselage make for a lot of yaw control difficulties. Tilting the wings/motors non-planar is less than ideal also. My initial question remains, how can I implement yaw vectoring or control surface based yaw control in hover?

I looks like yaw vectoring is possible with “Q_TILT_TYPE =2, and also set Q_TILT_YAW_ANGLE to the angle in degrees that the tilt motors can go up past 90 degrees.”

I assume this can be applied to more than 2 servos?

And I haven’t seen aileron/yaw possible in anything other than tailsitter config?

My initial question remains, how can I implement yaw vectoring or control surface based yaw control in hover?

If your front wing can tilt independently from left to right halves then you can configure yaw vectoring. The rear wing would simply tilt up or forward on transition.

You might want to check the WiKi to see if there is a motor differential mode for forward flight.