I already performed the following mission properly with a real drone :

During the last two guided mission I encountered some weird behavior : First test (referring to the picture below)
The drone take off properly but when he arrived around 10m the following message appeared : " unable to take off" (which I didn’t understand as he was visually already takeoff) .
Then a second message appeared asking me to " start a mission". Which was weird as I was already started a mission. As the drone seemed to be blocked in the air, I hit the land command and he landed properly. 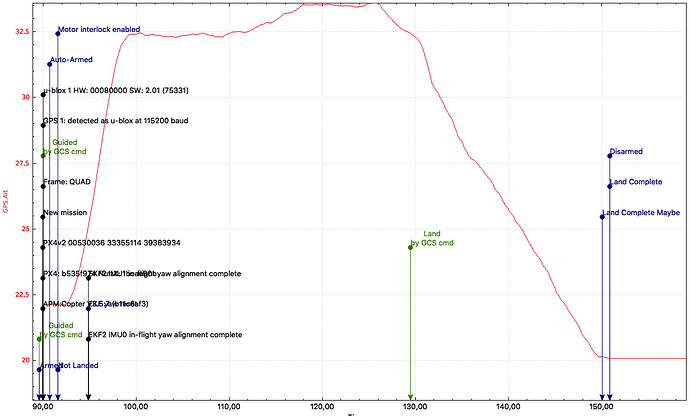 Second test (second picture)
The drone take off at 10m around and landed quickly as if he was in emergency mode. Maybe a loss of telemetry communication but we were not that far (~15m)… 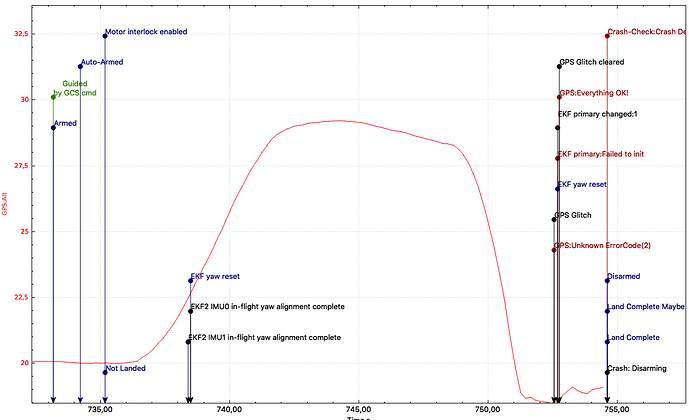 Do you have any idea ?