Swarm of Drones with Smoke 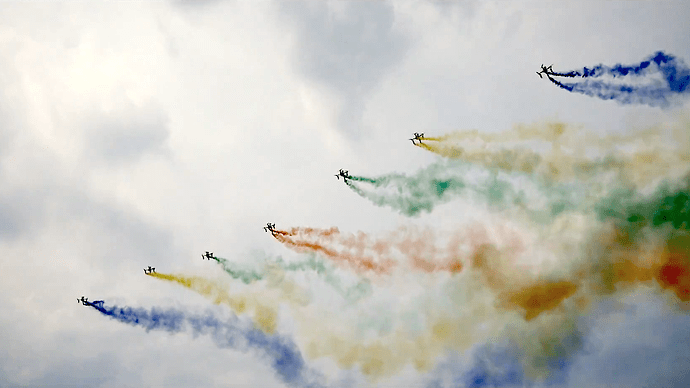 Speaking of AC 3.5, cool demonstration of 7 drones with smoke flown in swarm with UgCS groundstation.

"Recently we participated in an air show near our headquarters with 7 drones running ArduCopter. We thought you guys might be interested in seeing the footage.

"UgCS DDC gives the power to create beautiful drone shows without the need to have sophisticated hardware. All of the drones we used were assembled from widely available off-the-shelf components and were using open source ArduCopter firmware (version 3.5 in this case).

The flights were planned using UgCS and the drones were controlled using UgCS DDC (Drone Dance Controller). Each drone was equipped with four smoke grenades which were triggered remotely."

Thanks for posting this OlivierB. Beautiful!