Hi Guys, we started a project with a super size drone: not conventional but with 50 kg to 80 kg of payload. It is to be used in agriculture, spreading leaf fertilizer. The system has a pixhawk cube and laser for altitude control. it is a non symetric octoquad config and pitch and roll are 1 to 2.4: so the role movement force points are 2.4 meter apart and the pitch movement is ca 1. m. Then as for safety we caged the 24 props with a frame around. and the batteries and tanks are placed wide over the span. Pictures explain more so have a look. 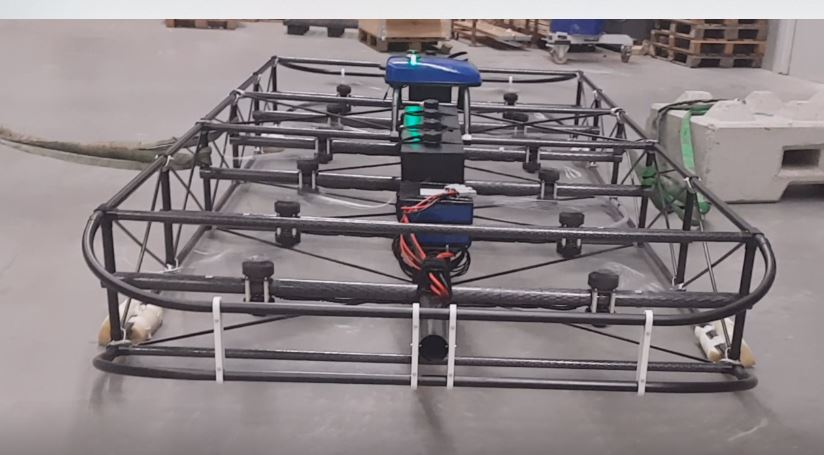 for some reason the drone is slowly responding, and like a slow moving and oscillating system and does not respond swiftly to the commands. It sometimes gets into a oscilation that feels dangerous. We do not go high because of safety. (about 50 cm above ground). But we want to improve on it.

We went to high and low PID’s but feel the system is quite inert. Unless using high PID of 1.95, 0.185, and 0.004, but stil we have risk of sudden oscillation. All this in was tested in stabilize mode. Altmode was OK, but created a bungy jump effect when lowering or increasing the height.

Can somebody tell us:

Hope to hear as we aim to finish our project!

Guys, Correction in the previous message, the PID values were 0.195, 0.185 and 0.004. Today we started back again to structurally test on a small drone. Again still hope for some insight? Best Winfried

Have you setup a custom mixer for your configuration? its not a standard frame type

Dear Peter, not yet but can do that as we did with other farmes 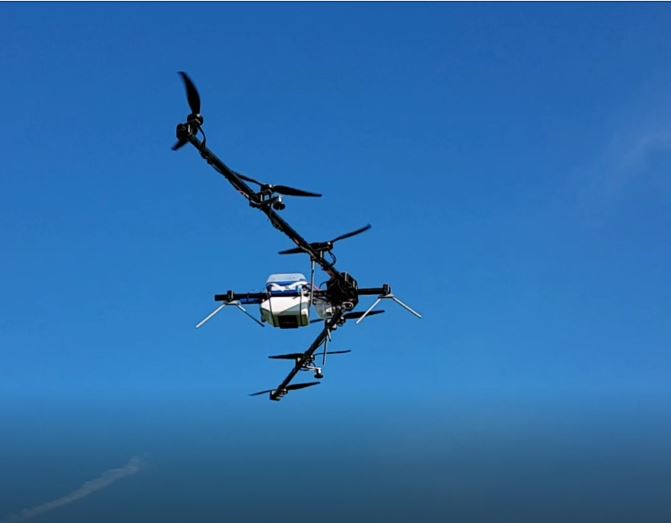 So that can be done but thought we could play with Roll and Pitch PID’s differently.

very cool, i suggest you look at setting up a custom mixer this will defiantly improve performance. For bigger craft your would expect higher gains. Have you tried a auto tune?

What is the advantage of these layouts over the more traditional symmetrical frame type?

Will do, and did some testing with a smaller drone we have: to that we added a thin al. tube with weights on the end. So we could measure the effects of high inertia on the frame. It seems that the I value in the PID is giving with normal similar values as P a substantial overshoot making the craft make 2 oscillations before stable. Turning down the I to half the value is resulting in less overshoot. However going down more made the craft moving left right and sloppy to handle.

The advantage is for these shapes are there when spraying large areas… So the down wash is even over the spray nozzles. The big 24 one is first experiment to protect the props.