I’ve been working on getting my testbed rover working. I have a clone pixhawk 2.4.8, and was running the latest ardurover stable firmware that QGC pushed as of a week ago. Some time passed fiddling with getting it all working. At some point I lost the ability to connect to the pixhawk via mavproxy or even usb or serial direct. If I go back and flash PX4 pro firmware from QGC it brings the system back online via all three connection methods. But I don’t really understand PX4, and had been doing all my learning on ardupilot. Ive tried every branch including firmwares just grabbed from the internet, and even flashed using python from the command line.

Long story short is my pixhawk fried? Strange that it seems to work and connect fine on PX4 firmware. I can’t seem to flash anything via mission planner when it is in PX4 mode.

Thanks for any advice.

I misspoke about 1 thing. If I have PX4 firmware on it, I can flash rover latest from mission planner. Ive tried 4.1.5 official and legacy, but after installing, same difference, can no longer connect to the device with any port until I flash PX4. Still shows as a com port in linux or windows (or android for that matter).

After flashing in mission planner to rover 4.1.5, I get this: 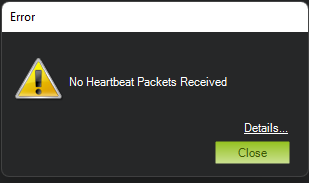 Download the .apj file from here and then use the “load custom firmware” button in Mission Planner and select it and see if that works.

I already used that one using the python flasher, same result. BUT I just tried it in mission planner, and it says “No need to upload. already on the board”

aarrggh… This makes no sense… Why would one firmware work but not the other. It clearly sees it as ardupilot com 10 also. Just fails to connect. Tried really old firmware, beta, dev… All the same. Tried with and without any accessories.

Is the device bricked? fried?

When you plug the USB cable into your Pixhawk with Rover loaded, is the blue ACT LED blinking after the FMU exits the bootloader (after them amber B/E light goes out)?

I had a vaguely similar experience this past weekend where I loaded a slightly customized (different IMU) build of Copter 4.1.5 onto my quad which has a custom board based on the Omnibus F4 Pro V3. It worked just fine for a while until I got a “Param Storage Failed” message in Mission Planner. I power cycled the quad and was not able to communicate with the board after that. USB would enumerate but the status LED would be on solid after exiting the bootloader with no startup tones (hence why I asked about your lights. I suspect there is a failure to jump from the bootloader into Ardupilot.) Loading Plane restored functionality but going back to my custom build of Copter would return it to an unresponsive state. Like you, I got a “No need to upload. already on the board” message when trying to reload the .apj.

In the end I was able to get the board up and running again by putting it into DFU mode and flashing my version of arducopter_with_bl.hex, as described here. It’s been flying fine for the past few days.

I’m not entirely sure what the root of my problem was, nor why this rectified the issue, but I thought I’d share in case your issue was similar.

booting px4 gets a blue led, arduanything no light. Maybe I should try DFU mode. I just got my CUAV 5+ now, so Im playing with that now