Strange crash for no obvious reason

Can someone please help me with this strange error? My quad fly good so far until today. I start at alt hold mode, fly about 2 meters but quad didnt hold altitude and start fellt and crash, on second flight it took hard left and crash in tree… But props kept spinning and I was not abel to stop them. Luckily seems like nothing was broken and esc survived (even hot)

Looks like GPS glitch. Too many trees bouncing the signal around.

Where you get the version your running?

How could it be a GPS glitch in stabilize or alt hold?

Depends on what version of 3.4 you have loaded. There was some issue in those modes with EKF and the last part of your flight was in Land mode.

Its 3.4 dev about two month old. I had EKF error on 3.3 so I switched to 3.4 since then it flew flawlessly.
I dont know why land mode was activated, I didnt activate it.
The place was surrounded by trees and I started in loiter mode, never switched to stabilize, so I dont know why its there.
But I flown at this place before without problem.

It’s not recommend for anyone to be flying master, that’s alpha software. We have launched 3.4-rc1 a month and a half ago… But even beta should only be used by experienced pilots with a good knowledge of ArduCopter.

Well I dont have many options do I? I have pixhawk 2.4.8, v3.3 its just no go. I just trying to find out form flight log what happened…

The entire flight was a sucession of GPS problems and EKF errors. The Land must have been trigered by an atempted RTL that failed because of GPS, so it reverts to Land

When flying Master - PLEASE use the latest build. Bugs are being squashed frequently

ps_ just read that you’re using an untested variant of the PixHawk, so other issues can be present.

I have no idea why 3.3.3 is a no-go to that board but yes, you do have options, such as buying a board that as support in the official releases… The beta testing topic is here: Copter-3.4 beta testing start

You can use a GCS with firmware upload capability like, for example, Mission Planner, where you can select the beta firmware. But if you want to download it, the latest RC (in this case rc1) is here: http://firmware.ardupilot.org/Copter/beta/PX4-quad/

I decided to go for another test flight (in safe place). Again tried loiter and lt hold mode. GPS doesnt seems to be a problem, it hold position very well. But altitude is problematic. I can hover with throttle around 55-60%, once I put it on 50% quad start descending fast. Maybe barometer problem?

On the latest 3.4dev try this

but again, that board is not tested.

Is there manual how to use the learning mode?

Learns the vehicle’s estimated hover throttle during gentle hovers when the autopilot is controlling the altitude (i.e. AltHold, Loiter, Auto, etc). The estimate is saved when the vehicle disarms so it will persist across flights. This feature can be disabled by setting MOT_HOVER_LEARN to 0.

So set to 2, and go fly with althold or loiter, try to stable hover, then land and disarm…

BTW in log I see stabilize mode several times, don know why, I don have this in flight modes. And also err. Flight mode-0
I have new Taranis flight controller so maybe I set something wrong. I have flight mode 1 pwm 0-1230, then flight mode 6 pwm 2006 and stablize mode in flight mode 5 pwm 1621-1749 (but i dont have this one set in radio). Maybe when I switch between FM1 and FM6 it ges to FM5 for a second… 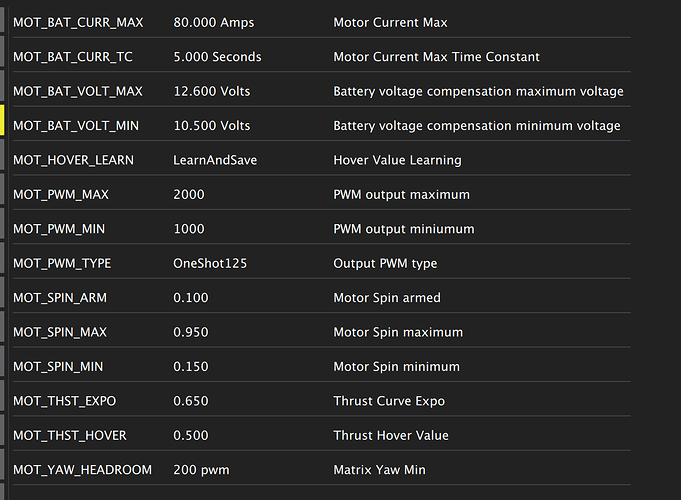 in master. You said you were using master…

I forgot to update MP, but on check for updates beta, win installer is run and endup failed… (windows 10)

V 3.3.3 gives me compas calibration efk error (v3.4 doesnt) and quad is not able to fly in loiter mode.

These settings work great for that radio 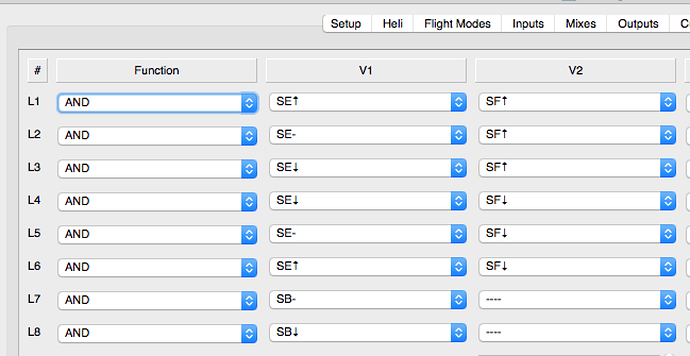 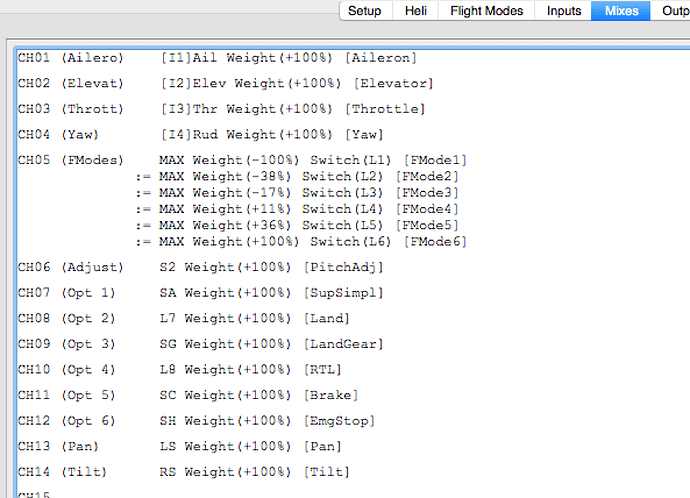