I am trying to control a 1 Ton boat using ardupilot but there is a lot of woobling. Base parameters are ACRO_TURN_RATE13
ATC_STR_ACC_MAX 2
ATC_TURN_MAX_G 0.1
TURN_RADIUS 5.5 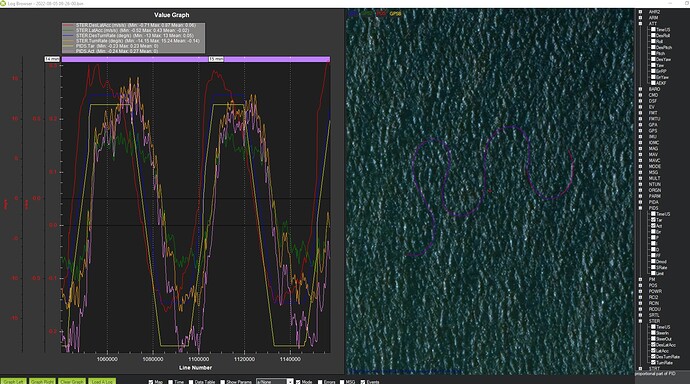 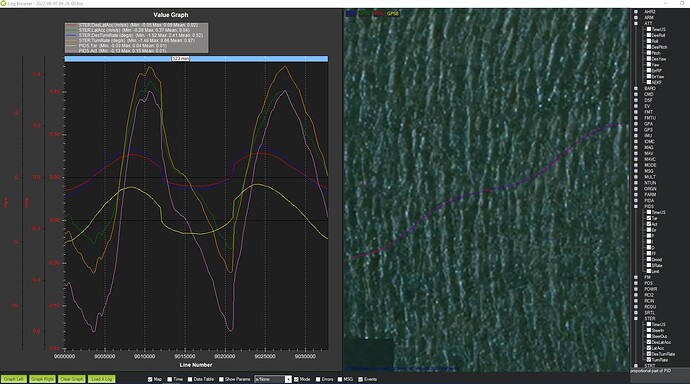 Could anyone help me to understand if a problem with L1 controller was fixed?

I found in the description of the implementation that the L1 controller seemed to produce an offset derived from a round up error (Plane: L1 Control for Straight and Curved Path Following by brnjones · Pull Request #101 · ArduPilot/ardupilot · GitHub).

What I did not understood is if the solution is implemented in version 4.1.4. Because at the end of the thread (xtrack error does not always converge to zero · Issue #2650 · ArduPilot/ardupilot · GitHub) @peterbaker wrote:

"There almost certainly won’t be a another 4.0.x release, and I doubt we’d pull the cross-track fix back if we did. Should’ve a long time ago, probably, but…

When we used the NAVL1_PERIOD with a value of 150 it showed a behavior as the one described with the offset, we were heading toward the waypoint but with a significant offset and in the screen the icon of the platform seemed to be sailing 90° turned to starboard perhaps the real bow was heading in the desired direction to reach the waypoint with an estimated 20 m offset. I thought our magnetometer had a problem but probably was this offset issue.

I’m going to post some of my replies that were previously in a PM.

So the wobbles are caused not by any bug in the software (at least not as far as I can see) but instead by bad tuning of the steering rate controller (tuning guide is here). 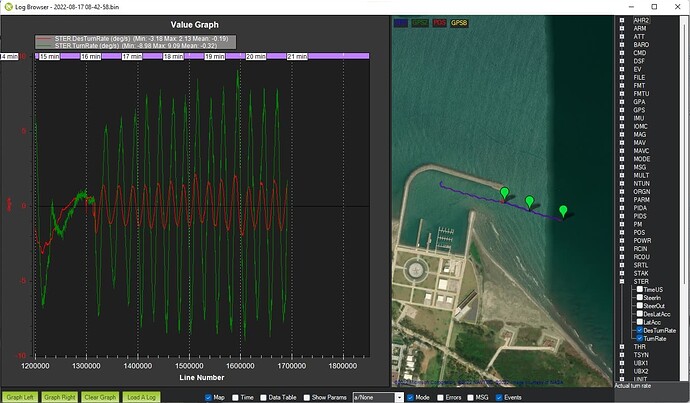 The best thing to do though is to follow the steering rate tuning guide including setting up real-time monitoring by setting GCS_PID_MASK = 1.

We tried the reduced values but the oscilation increased it’s amplitude and period.

We did the square trajectory recommended for the navigation tuning and the only way in which we observed a reduction in the amplitude of the oscillation was when we increased str_I to 1.0.

The main problem was that our log files of this test were lost. I believe we are having problems with the micro SD, and the logs from several of our trials were not saved on the menory.

OK, thanks for the feedback and looking forward to the logs.

What we often see with users new to tuning is they begin by tuning the wrong level of the controllers. So in particular I think you’ve adjusted the navigation controller tune before getting the lower level turn rate (and speed) controllers tuned properly.

In the beginning you should be tuning in Acro mode, not Auto.

We change our micro SD and were able to recover the log from our today tuning trials.

Before starting the steering tuning we tested the throttle and speed tuning (Tuning Speed and Throttle — Rover documentation) we did the day before.

We practiced the steering tuning today, starting from scratch as you suggested. This was executed in the acro mode according with Tuning Turn Rate — Rover documentation.