So I did some forward flight for the first time at my flying field.
I have done TONS of hover tests at home.

So, after flying forward for about 5-10 seconds, I go to turn the tricopter and soften the input on the sticks and the tri lurches backwards.
Then, after a second, it goes back to level.
I noticed it going back to level the first time it happened because it surprised me before I could hit loiter.
Later on as it kept happening, I was able to flip loiter fast enough.

I talked to someone about this and he told me that it could be an Integral Overshoot from the PID gains.

If anyone could provide any info on what is going on, it would be much appreciated.

Sent from my iPad

Ok, so I am on a Mac and have tried following the wiki’s guide to downloading the logs but this is as far as I can get. 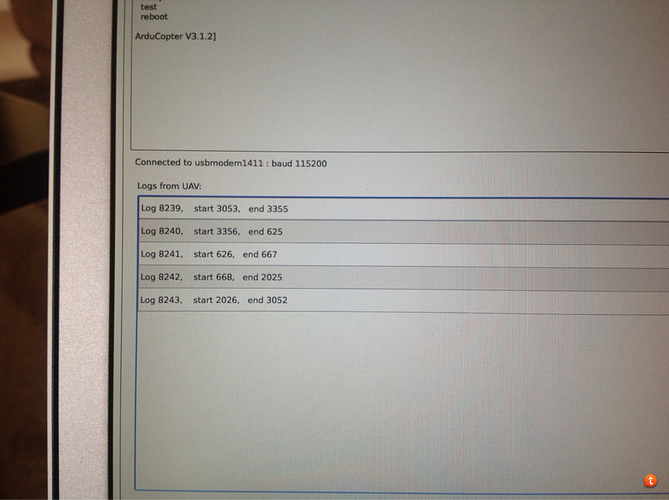 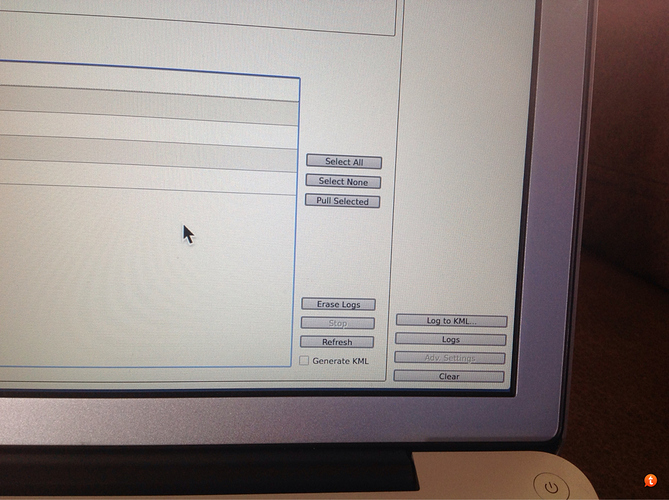 Where do I go from here?

Sent from my iPad

You could use the older APM Mission Planner (1.x) as per here: copter.ardupilot.com/wiki/downlo … n-planner/

Or you could simply select the files you want and then “pull selected”… should let you download the logs.

Typically this is actually caused by the Integral and/or Imax being too small. Your Pitch Rate I-term should be at least equal to P-term. And the Imax should be 500 absolute minimum, but you can try increasing it in 500 point steps. I typically fly with it at 4500 myself, I’ve never seen a reason to keep it low. It won’t use it if it doesn’t need it.