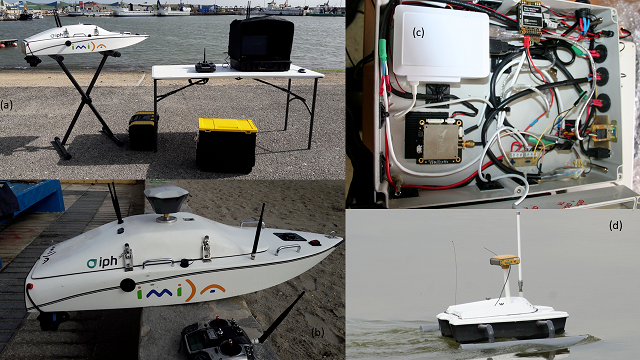 Here is a new search report on the “Use of Drones for the Topo-Bathymetric Monitoring of the Reservoirs of the Segura River Basin” by Manuel Erena, Joaquín F. Atenza, Sandra García-Galiano, José A. Domínguez and José M. Bernabé.

As a developer it’s very rewarding to see this type of research making use of ArduPilot and in this case, no less than three different vehicles types are used! Copter, Rover/Boat and even Submarines!

anyway I do not know why they have to hide so much the use of ardupilot, for example hiding the ardupilot logo in the graphic interface of mission planner, this is something quite common in professional use and some companies of drones, are uncomfortable by not wanting to show that they are using ardupilot

@autodidacta, yes, it is funny. We try to encourage people to proudly show the use of ArduPilot with variable success. I’m glad that in this report they mention ArduPilot at least six time and include this complementary paragraph,

The development of systems based on Ardupilot has proven to be very versatile, with low costs
of development and operation, high-quality performance, and high effectiveness in the performance
of topo-bathymetric work in reservoirs and coastal areas.

Strange indeed. I remember something rather similar in the days of earlier Linux, with some organizations happily using it yet going to great lengths to hide the fact. Not the case anymore with Linux having taking over 95%+ in the large server space, google, amazon, etc …, and actually a badge of reliability and quality now. Same will happen with Ardupilot I think, just takes time … And has already happened for many.

It’s probably due to this very old view that using open source somewhat means inferior quality, and/or makes someone’s particular solution or implementation “less” theirs, less “proprietary”. Very mistaken imho as history has shown, and adding some obscurity is the wrong answer to a non issue. Also similar in a way to computer or network security: Security through obscurity never works well.