This is a repost from a different topic. Several weeks ago, while flying my Skywalker X8 Quadplane, I had a very bad wreck. This happened while attempting to land in QLoiter mode. As I was decreasing throttle, the motors cut out at approximately 50%. There were several things that I thought may have been the issue, including my parameters. I have attached my parameters below, and was wondering if anyone would be able to help me checking them? Any help at all would be greatly appreciated!

Perhaps a .log is better to others to figure what happens and help

Hi Evan,
A dataflash log of your previous crash would be most useful. Do you have a log?
Cheers, Tridge

I remember seeing the log at some point but I think now he’s just looking for some feedback on the sanity of his parameter file. Thanks for having a look.

Here is the log. One thing that I thought could be at the source was the parallel connector that I made. It connects the two VTOL 5000 mAh batteries in parallel and distributes power to the VTOL ESCs. At the time, the connector had a lower gauge wire, which could have caused it to overheat. Following the wreck there was solder splattered within the plane from one of the joints of the connector, presumably from overheating and splattering at impact. However, I don’t believe that this is the sole cause of the wreck. Like I said earlier, it behaved improperly only during landing. While reducing throttle, it maintained altitude, but at 50% throttle, the motors cut out entirely.

Well, I have rebuilt the plane, and made some changes to the parameters (huge thank you to Darrell) and had a test flight today. All went well. I flew in QLoiter without any issues in throttle or landing.

Glad to see you got it sorted out. Can we see some photos of your X-8 conversion to a QuadPlane?

Here are a few photos of the build: 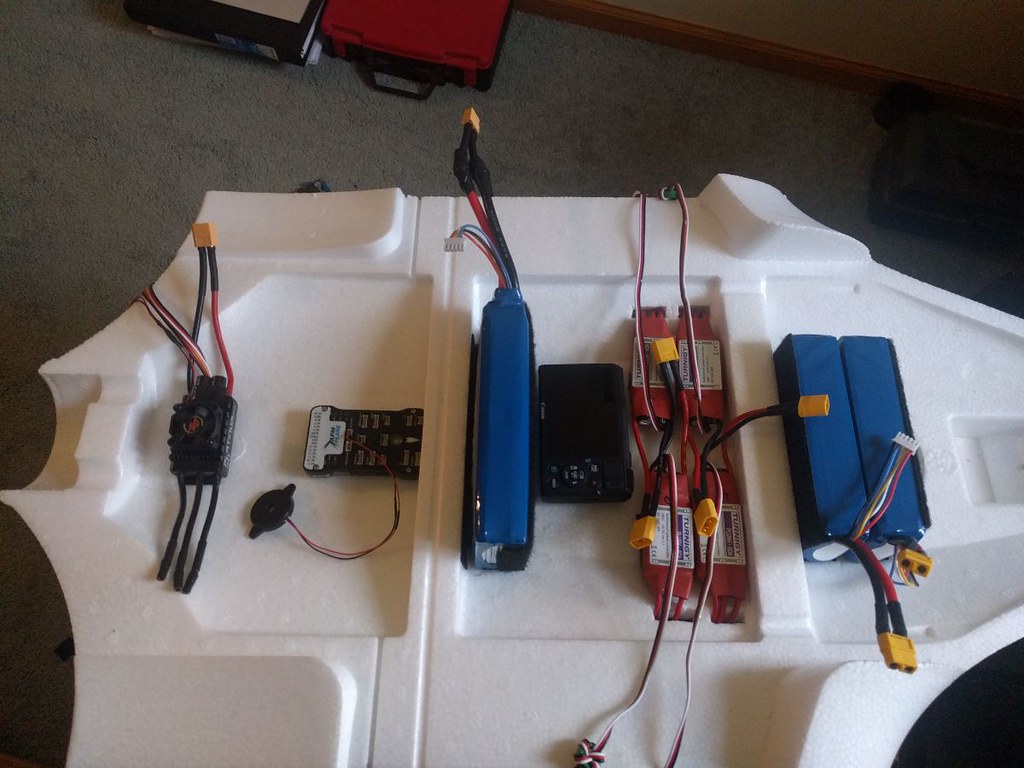 Let me know if you have any questions about the build!

Did you determine the cause? There shouldn’t be much current in the parallel wires unless one of the Qbatteries was disconnected.

I believe that it was primarily due to the wiring. I’m still unsure whether the parameters had any effect. Regarding the wiring, I originally had 20 AWG wires that brought the two batteries into one current and also to split them out into the four ESCs. At the single joint is where the heat was all concentrated. When going through it following the wreck, I noticed that at that connection, a few of the solder joints had come undone and there was solder splattered through the inside of the fuselage. Just in case that was the cause of it, on the new build I made the connectors with 14 AWG wires, but I think that I may take it up to 10 AWG. I have attached a video of the crash also.

20AWG should still work for the parallel cable that connects the two batteries together, but you need much thicker cables going to the ESCs. I think 14AWG should work fine if only taking the load of one motor. 10AWG is too heavy and not needed.