emphasized textIt has been a whilst since I last built a VTOL and I thought I would share some info on my latest project, a Skywalker X-8 conversion. The basic (fixed wing only) aircraft is around 5 years old but has been used very little of late, since it is such a pain to launch (bungee, or risk losing a digit on hand launch). I did plenty of mods to turn it into a serious mapper (including 2 axis mapping gimbal) and these are documented in my blog on RC Groups, here

For the VTOL mods, I have switched the entire aircraft to 6S and I am using T-Motor MN5006 (450KV) antigravity motors. For the initial tests, I will be using T-Motor carbon props (14x4.8) and I’ll possibly use lower diameter/higher pitch alternatives at a later stage for less drag in forward flight. ESCs are T-Motor Air 40A. Power source will be a 6S 4,000mAh high C Lipo pack for the lift motors and a 6S 10,000mAh low C Li-ion pack for the forward motor. AUW, including full-frame payload is a around 6kg. My original plan was to use a set of MT4006 antigravity motors, but the power headroom was looking marginal, so I went for MN5006 which have a max thrust rating of 3.2Kg and therefore should be able to hover at around 50% thrust. This may seem like overkill for a VTOL, but they are actually pretty light motors at 108g each.

The wing extensions are slightly wider (170mm) than other X-8 VTOL conversions I have seen (Deltaquad, etc.) and I opted to go for the “balsa bashing” route, built around carbon tubes and epoxy glass plates in order to structurally integrate the quad booms with the wing spars. The spars themselves have been beefed up and I also added a third spar at the front which goes all the way into the extensions. Altogether, this gives very good tortional rigidity to the airframe, because the quad booms are held in place over a much greater length than if they were just integrated using the two original spars. There are also 2 x 4mm square carbon tubes running full length in each wing (done as part of the original build).

My intention was always to keep this aircraft backwards compatible for ultra-long duration fixed wing-only flight, if ever needed. Spoilers were fitted as part of the original build and will be retained for this purpose (I always found this aircraft a challenge to land in a confined area, due to its efficiency!). The wing extensions make use of an extra set of the orange plastic joiners that come with the kit. These can be a little fiddly at times, but with some attention they work quite well in my opinion.

Hoping to do some test hover/tuning tests over the weekend. 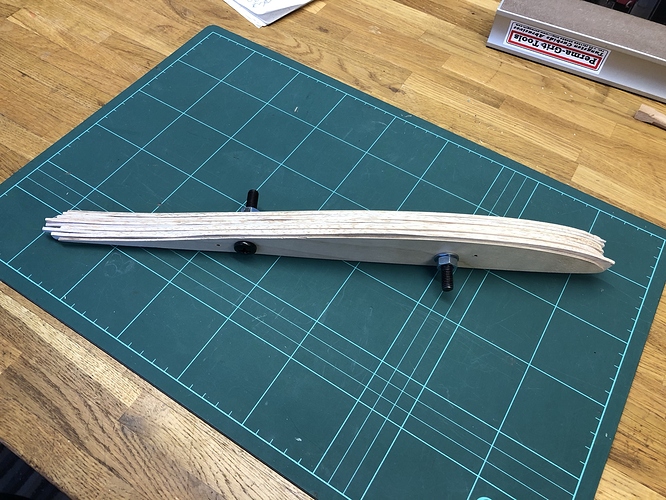 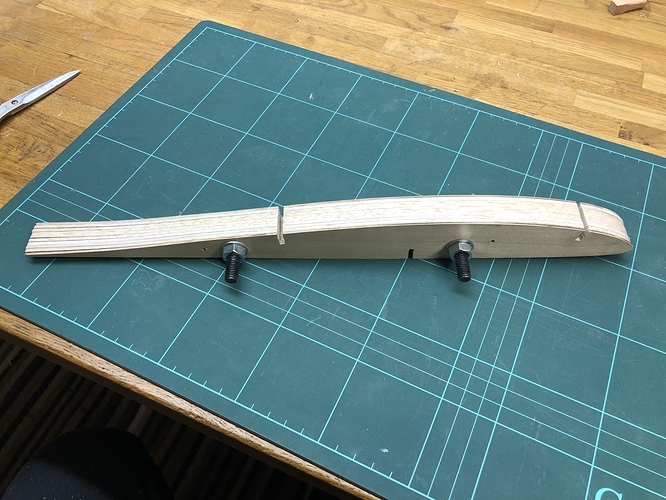 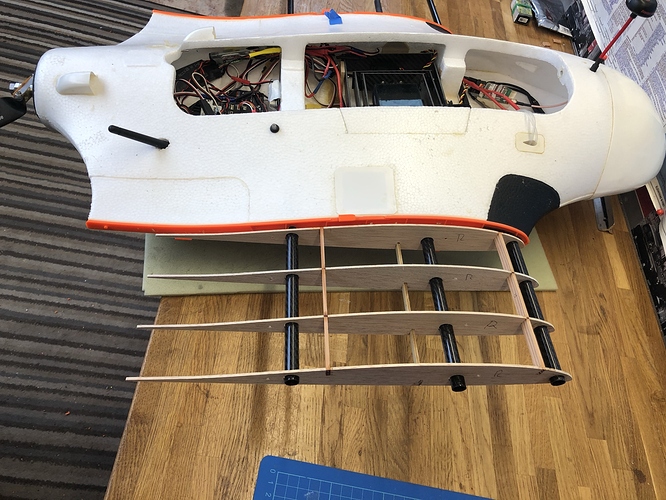 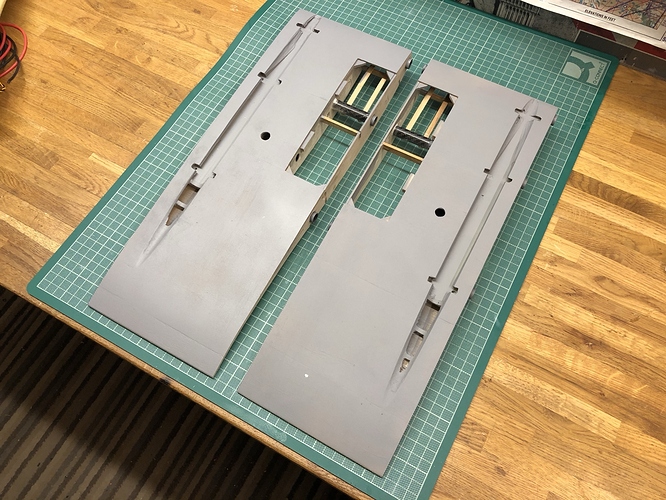 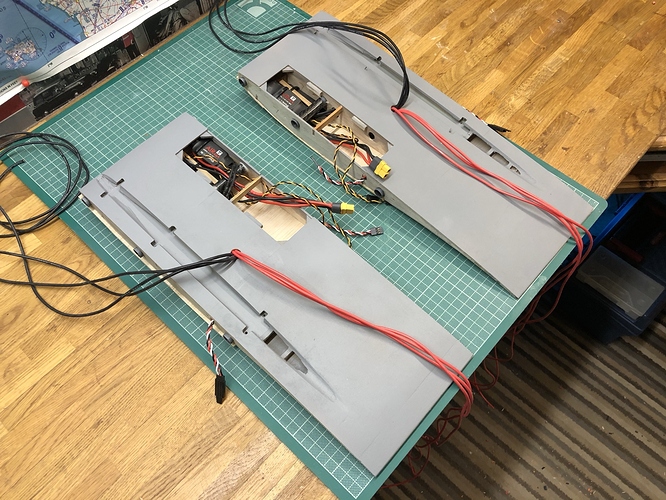 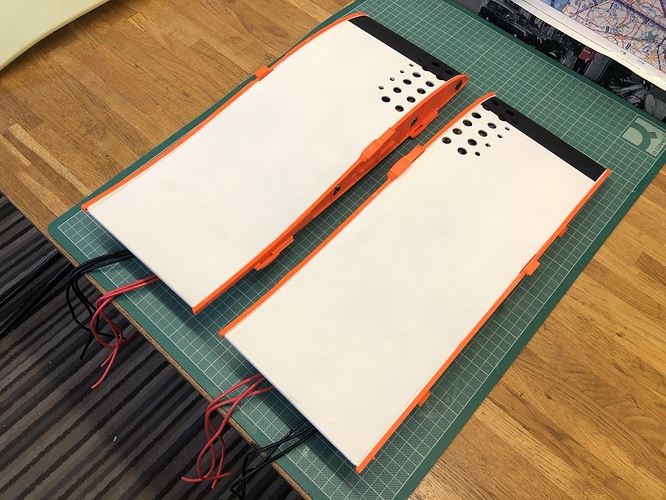 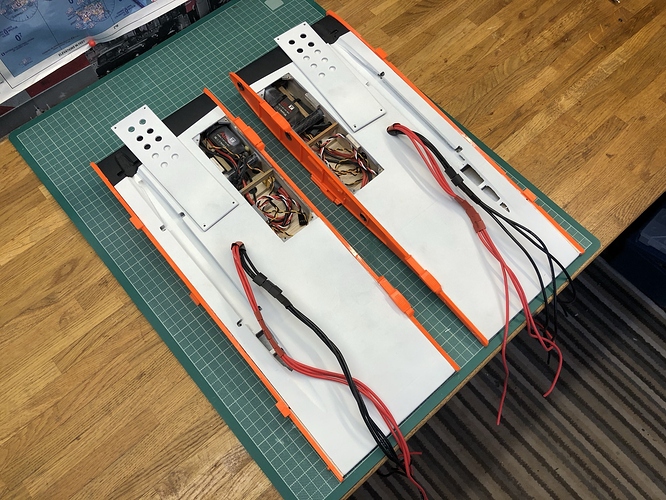 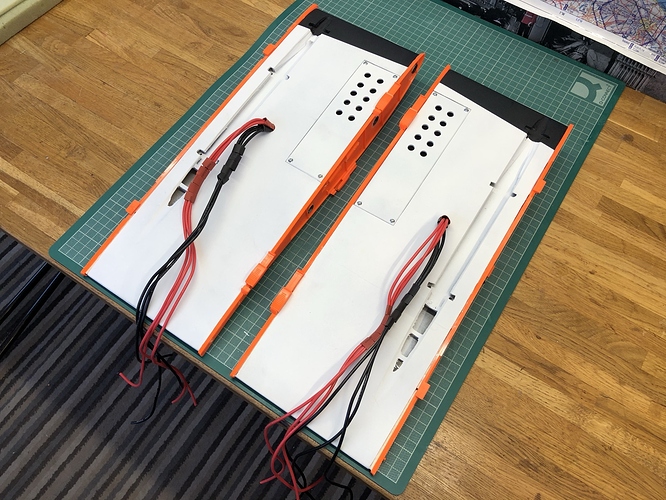 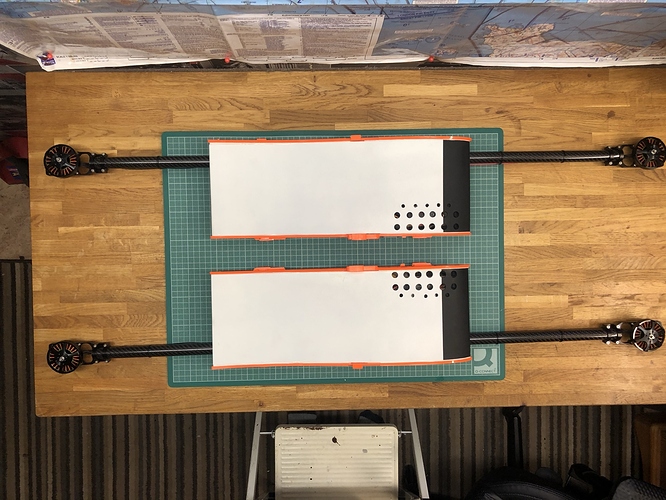 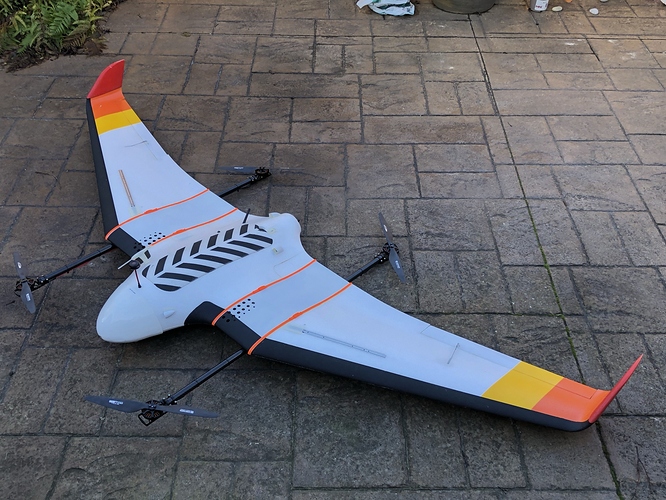 As always, a very professional result! Thanks for posting your project here and I will check out your RCG blog. It is good to hear from you again!

What ever happened to our friend Wasim? (Aerokram) Did he graduate college and move on to a professional career?

Hello @jacques_eloff
Very good build… I am also still preparing this X8 Vtol but I plan to use EPP foam for wing extension. So, do you use balsa wood (laser cut) frame here.? My question is what material fo you use for covering this wing ext.? From the photo here, the wing ext. looks smooth and hard, so I wonder what material is this?
Thank you,
Tony

Hi Greg,
I am great, thanks… I’ve been too busy with commercial builds myself and life in general. Anyway, I hope you’re well. I will ping you in private. Regards.

Hi Tony, apologies for slow reply.
No laser cutting with this, all done by hand (balsa is soft!). In the first and second photos you will see that the “ribs” on either side of the stacked balsa ribs are actually plywood. These ply ribs are just sanding guides for the balsa ribs and are not used in the final build. They were shaped using the orange plastic wing plates as a guide (and deducting the thickness of the 2.5mm sheeting all round).
The sheeting is covered with aero-modeller type tissue (4g/m2, I think) and water based polyurethane. I used 4 coats of WBPU altogether, sanding lightly between each coat. Then primed and spray painted.
Hope that helps!
Jacques

Hi Greg! Good to hear from you! Thanks for chiming in and your kind comments! This aircraft is being built on a speculative basis for a large building contractor here in the UK and I have a few features installed which (I think) will give it an edge over Deltaquad, such as camera gimbal and also backwards compatibility. More on that later.

I see you have been busy, as always, with various VTOL stuff which is great. I need to go through some of the threads in this forum, always stuff to learn and I see there are some nice features in the later Quadplane firmware releases. My old Observer (from 2016!) is still going strong, although I have not flown it for about a year. Next time out I am going to try Q-Assist mode for some fun.

@jacques_eloff,
Thank you for sharing your build. I prefer to do a more simple one, just cut EPS or EPP foam. But I am surprised that you could get AUW only 6 kg. That is very good. Is this 6kg including the
6S 10000 mah lipo battery?
Tks.