Skywalker 1880 Quadplane VTOL wings
For use with APM Quadplane.
I built these so I could swap out my Skywalker’s wings when I needed VTOL capability. I spent a long time researching and planning this design. This was a very time consuming project.

[LIST]
[]- I used Sunnysky X2216-8 KV: 1250 motors with APC 10x4.5 propellers. The high KV is designed to output high power for a short period of time. I only need about 15 seconds for takeoff and 45 seconds for landing. I don’t want to drag larger props through the air when in cruise flight. With a pair of 1400mAh batteries on the wings I could get about 3 mins of hover.
[]- The props face down to minimize turbulence over the top of the wing in cruise flight. They also keep the booms out of the high pressure thrust.
[]- Carbon fiber plates keep the quad stiff to reduce bending.
[]- Small high C 4s battery attached to each wing. This allows me to use Li-ion batteries in the fuselage for maximum endurance. I can land with the Li-ion pack nearly totally depleted without concern about not having enough thrust to do a go-around.
[]- The wing batteries are interconnected to keep their voltage balanced. In case of a failure of one battery, you should still be able to land safely (inadvertently tested!)
[]- Booms are detachable with a set screw for easy transport and repair. The servo connectors run inside the tube and the power runs through XT30 connectors.
[] - Motor mounts have a forward angle so the propellers do not create a rearward thrust vector at high angle of attack.
[]- Cabling built for Pixhawk. Including cable to measure voltage and current of quad system for transmission through telemetry and OSD.
[/LIST]

Using a 4S3P 18650 pack (10,500 mAh) I could fly for about 40 minutes. The quad wings cost about 20% efficiency compared to the regular wings. I would also have to land with more voltage on the Li-ion pack when I didn’t have the quad wings to perform the landing.

Take offs are very easy, I only need to climb about 3 meters into the air before I switch to FBW and start the horizontal takeoff “roll”. Once the wings are creating lift the quad motors will wind down and come to a stop after 5 seconds of reaching cruise speed. The landing is usually a constant descent with the occasional momentary hover, so it uses much less power.

I can send you my parameters to get you going.
I’ll ship it via FedEx anywhere in the US for only $30.

If you need a new Skywalker kit I have an extra to sell.

Here is a takeoff. The big yaw was caused by the APM weather vane function. It is not necessary to climb this high. https://youtu.be/f81n0aXdvKc

Here is a rapid takeoff, where I should have climbed up a bit more. https://youtu.be/cttLu3L6x4o

Here is a landing
https://youtu.be/lERyfchTvqo 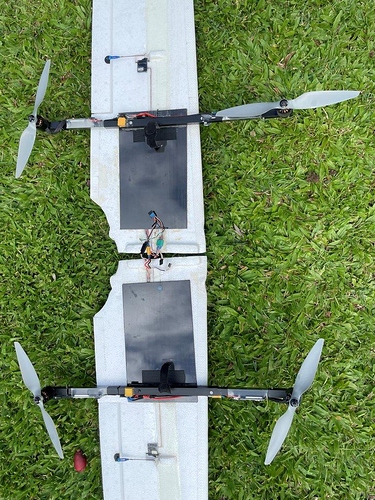 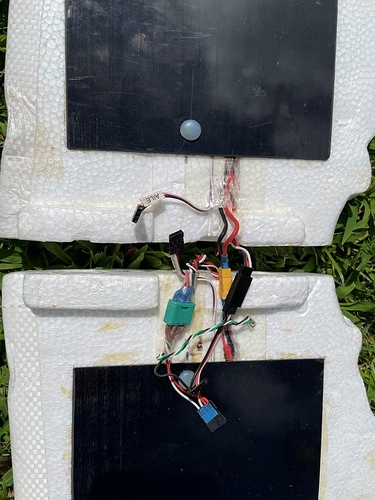 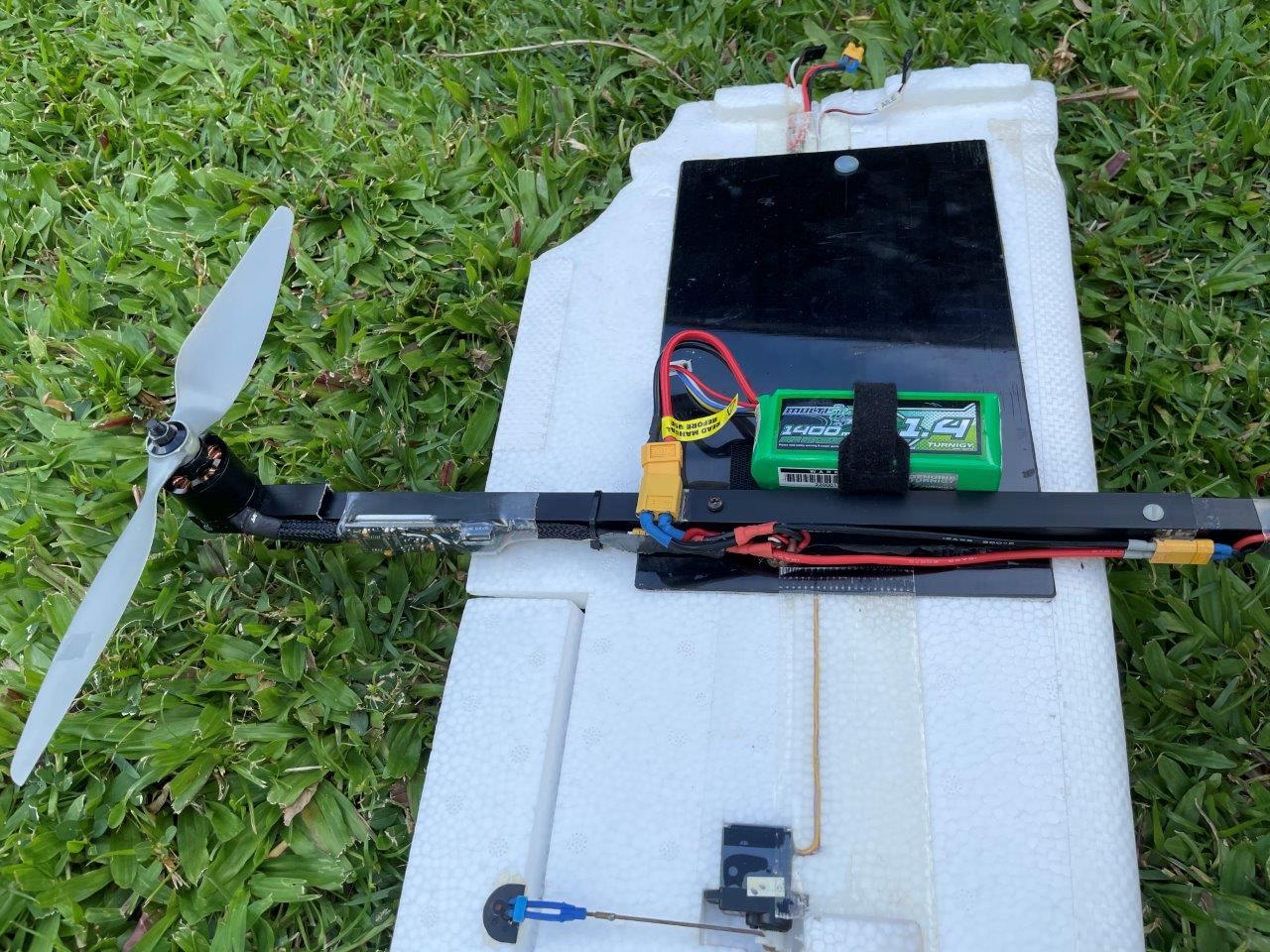 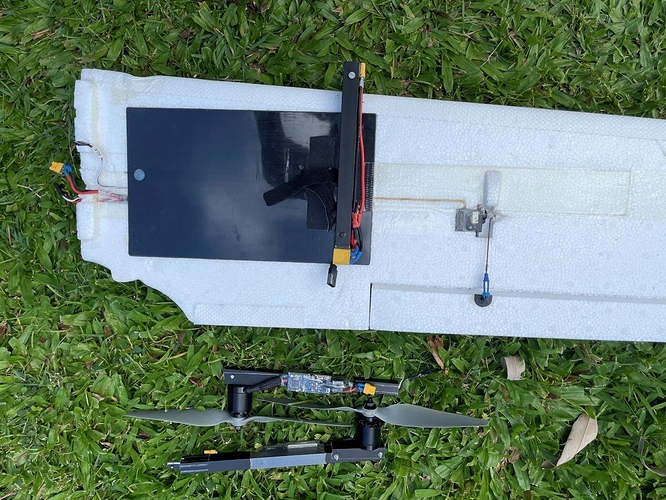 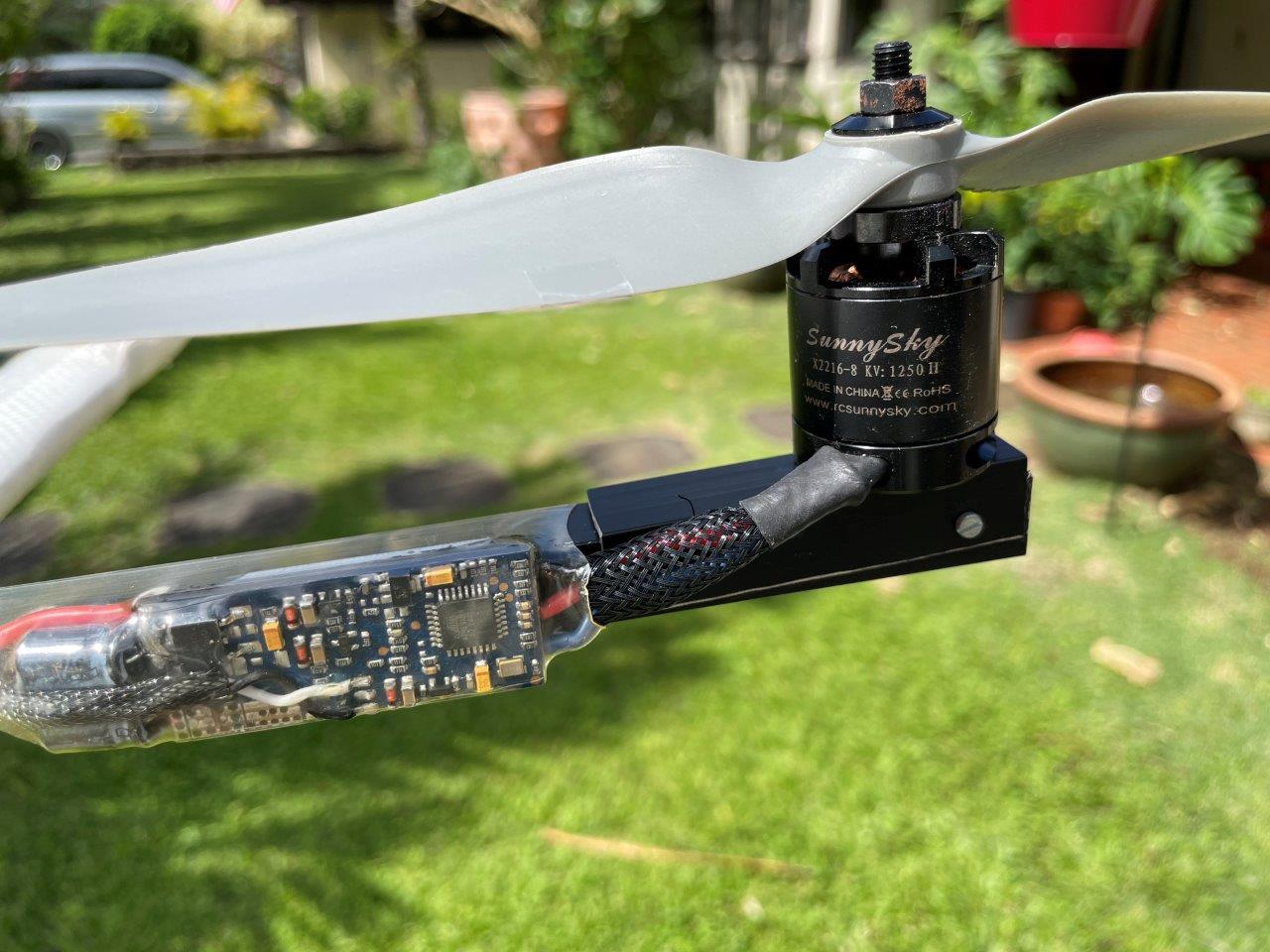 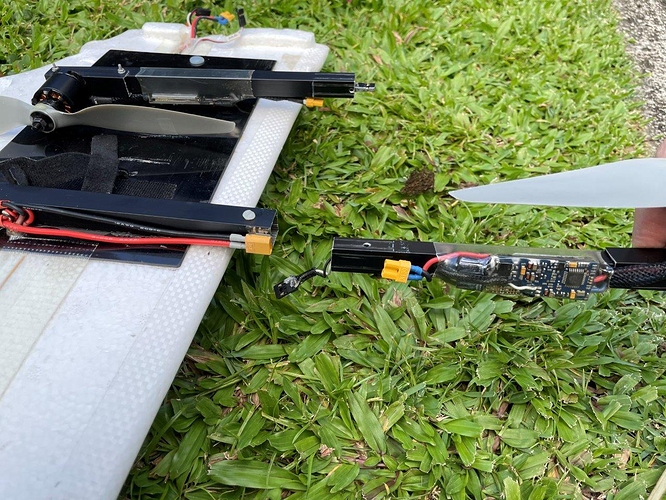