I am trying to make a hexacopter completely autonomous.After setting up the way points and uploading to the fight controller,to activate the autonomous mode, a single push is made in the transmitter.my question is, can i connect only one channel as AUTO PILOT CHANNEL from receiver to the ardupilot and can i use a single channel transmitter for that? 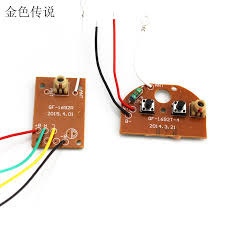 if it is possible,then how can i connect the receiver in the picture to my ardupilot

I believe that could be illegal in a few countries.

That receiver is going to be difficult to use for ardupilot. The range is short (probably under 100 feet), and the outputs aren’t PPM or PWM so you may have to develop your own hardware to convert the signals to the proper format.

Also, auto takeoff requires a sequence of events that you can’t mimic from a single control channel (someone correct me if I’m wrong). Typically, you arm, then switch flight mode to start a mission. This requires three channels to do with a radio receiver (though you can also do it all via a GCS or mavlink script).