All of my Sik radios were 3DR V1 style…were at v1.6 firmware…got another newer set…came with 1.9 firmware…tried getting the new set to interoperate with the old, no luck…so upgraded firmware on all radios to 2.0…
all the old sets talk to one another…the new set talks to each other, but the new and the old do not talk to one another…
same firmware…exact same settings (as shown in Mission Planner) for every radio…
any ideas on why old v1 and newer V2 style radios running the same 2.0 firmware, and settings, wont talk to one another???

Have you seen this? He seems to have had the same problem 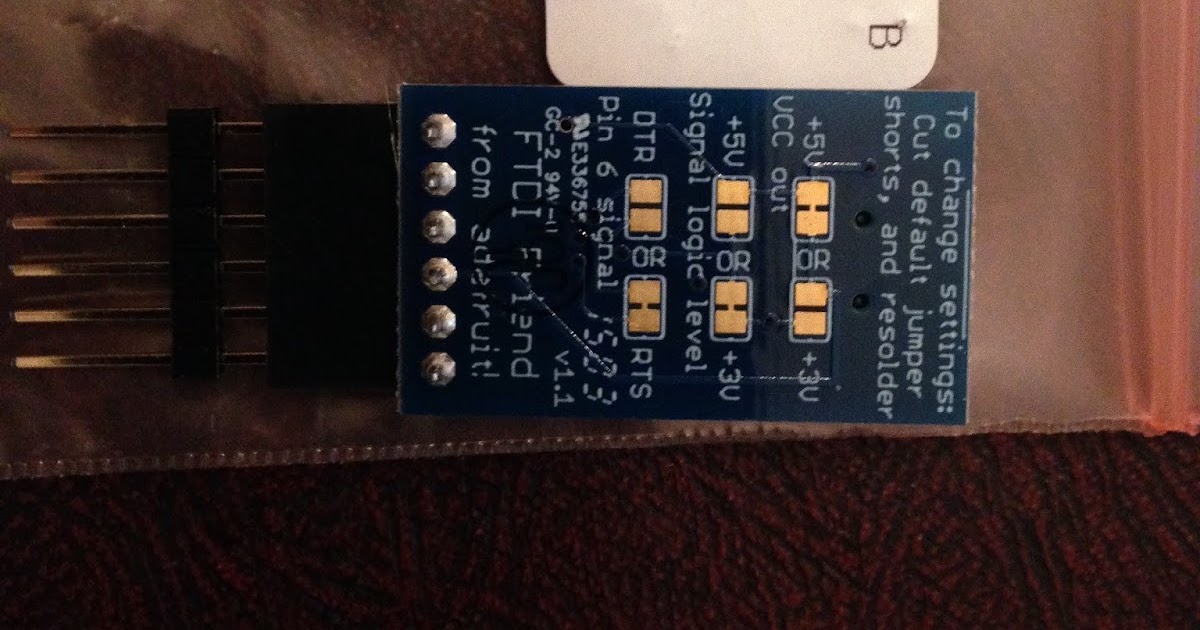 v1.9 (and earlier) isn’t compatible with v2.0, but radios on v2.0 should all talk to each other.
I know you’ve said all settings the same, so I’m hesitant to ask the obvious: but baudrate, RTS/CTS, ECC, channels, Net ID, freq range the same on all?

For better or worse I haven’t been able to replicate this.
What I’ve done is, using MissionPlanner: 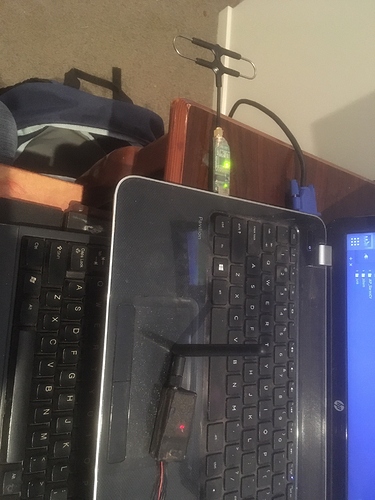 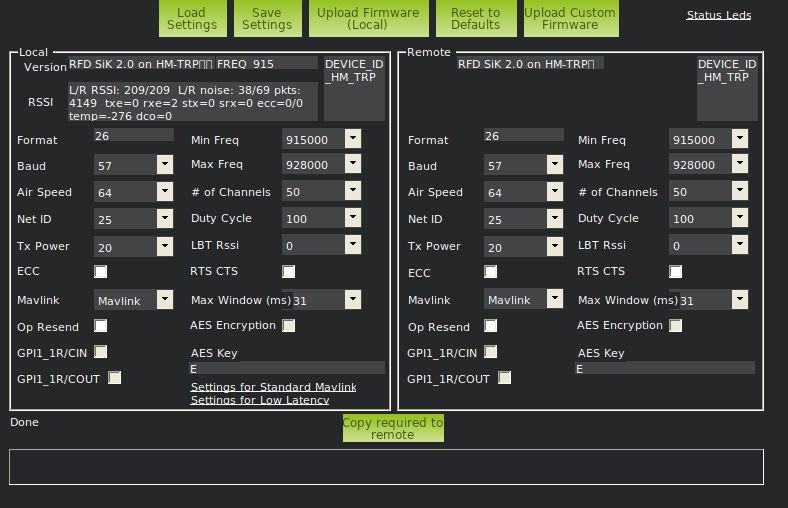 which resulted in successful connection: 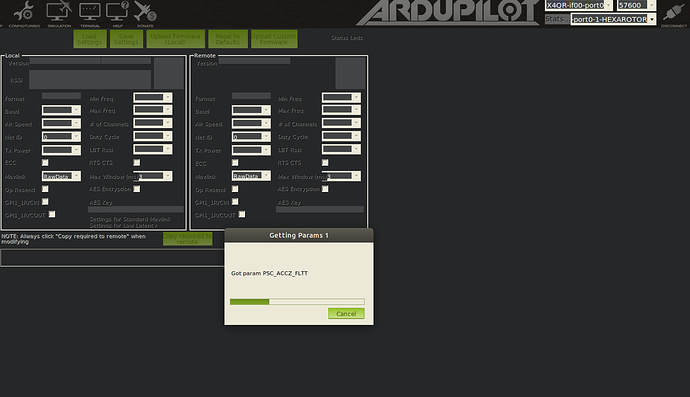 I’ve also tested with a generic (non 3DR) SiK ground radio of an unknown hardware version.
I know that doesn’t solve the problem for you. Sorry.

I have a bunch of SiK telemetry modules laying around:

All of them share the same firmware (SiK 1.9 on HM-TRP) and settings.

I cannot figure out what the reason for this behaviour is. I uploaded the firmware to each of them myself and double checked all the settings. I don’t think it is a software issue. I also tested this with the latest firmware (RFD SiK V2.0 on HM-TRP) and got the same results.

Question:
Since they all share the same Si1000 MCU with the same firmware on it, they should all be compatible to each other, right? Are there any other components (e.g. antenna) that can lead to such problems?

edit: I just saw on picture 1, that the “Tx power” parameter was varying, but I also tested with both on 20dBm

A LOT of the 3dr clones use the wrong analog filter chip…they work(poorly) with one another, but not the correct units that have the correct filtering

By “analog filter chip” you mean the passive electronic components around the S1000 µC?

Also I got myself a Holybro V3 telemetry kit (productlink to Holybro). Those modules work fine with all other modules except with one of the 3DR V1 modules. They link just for short time periods. Any idea to that? 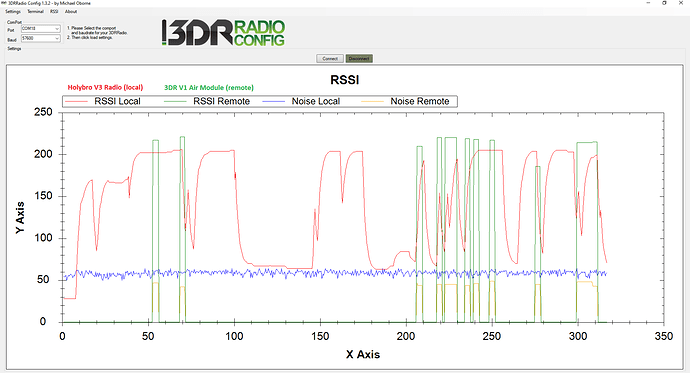 A radio witrh V1.9 will not work with a radio on V2.0 if that is relevant.

I do have all my radios flashed on firmware version 1.9, you uploaded here.
Thank you by the way.

I did test most of the radio combinations with firmware version V2.0 as well, but got the same results.