I am new to traditional helicopters and wanted a new challenge of running a flight controller with a nitro engine power train.

The Problem:
I’ve been having significant issues with reducing vibrations that propagate to the flight controller. The data logs shows severe vibration levels which are causing major attitude estimate errors as well as position errors from the GPS.

This is physically observable too. When I attempt to take off, in stabilized mode, the swash plate aggressively and randomly applies cyclic pitch. This occurs once I increase throttle just above the throttle interlock idle speed.

Currently the flight controller is mounted on rubber standoffs within a 3-D printed protective casing. The casing is then mounted to the battery tray via 1mm thick double-sided tape.

I’ve added the flash logs, current configuration file and video of the random cyclic movement to a public google drive folder. There are two logs, one with and one without main rotor blades to try and better characterize the source of vibrations. It seems the vibrations are not from the rotor blades (I took time to balance them)

What I’ve Tried to Do to Fix the Issue 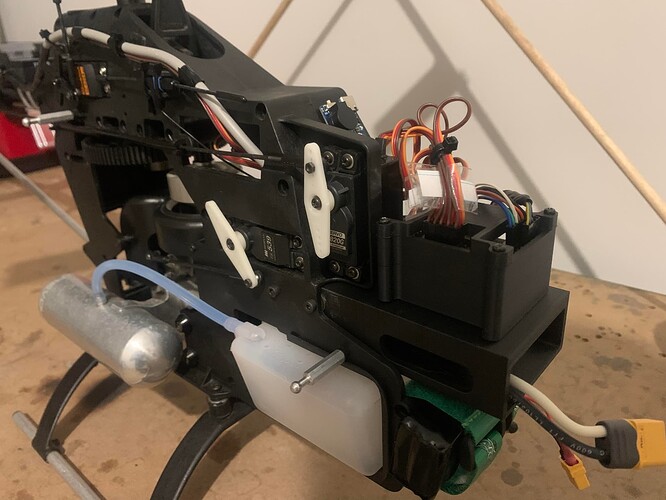 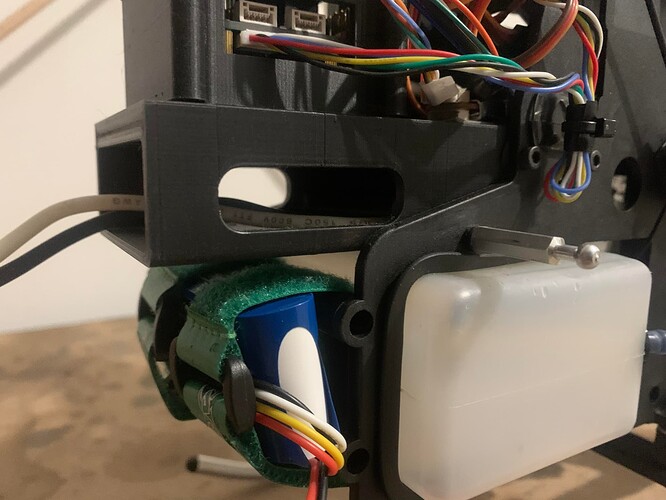 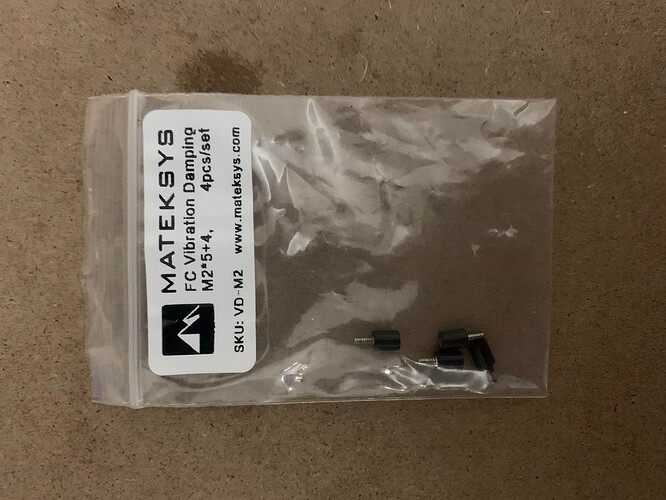 I am hoping anyone can provide some tips here:

Any tips would be greatly appreciated.

Hi, even if I’m not very familiar with the Venture30 I would suggest to re-check the centering of clutch block in relation to motor shaft, clutch bell and starter shaft.
Did you notice anything weird in the fuel tank? I suppose with that amount of vibrations fuel must have been shaking quite violently.
Those dampers are probably too stiff for the mass of your FC, I would suggest try mounting the Matek on an Alu-plate(rigidly-double sided tape will do the job) and then mount the alu plate onto the frame using 3M pads (this ones: 3M Double-Sided Softmount Foam For Pixhawk (25x13x5mm, Pack of 20) - Unmanned Tech UK FPV Shop) .
You might have to do some trials, but I would start using 2mm thick alu.
Also, might be wise to install an rpm sensor.
I would suggest to not run with the blades on till the vibes are down to more acceptable levels.