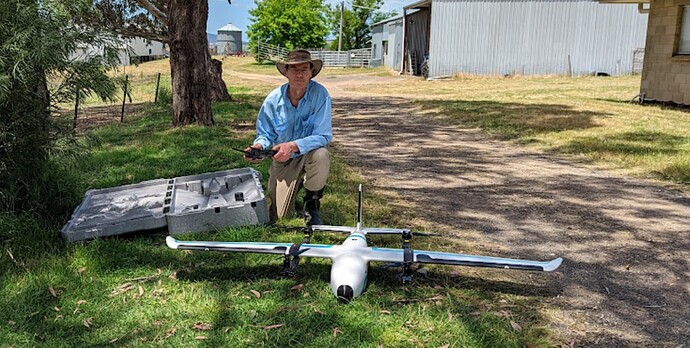 image1338×675 160 KB
I’ve been helping AraceUAS for quite a while with ArduPilot on their range of vehicles, so I was delighted when Alex offered to send me their new GriffinPro to test. I’ve had it for a few weeks now, and it really is a fantastic plane. It offers the best “out of the box” experience that I’ve seen with any quadplane. The attention to detail that Arace have put into this aircraft is great to see.
The GriffinPro is a tilt-vectored quadplane, with 4 motors, the front two tilting for forward flight and the rear two fixed for VTOL flight. You can get it either setup as a mapping platform with a downward facing camera, or with a gimballed payload, such as a NextVision Nighthawk2 or similar. I got mine with an ADTI Surveyor 24S downward facing mapping camera.
It is built around a CubeOrange running ArduPilot plane 4.3, with dual DroneCAN DLVR airspeed sensors and dual DroneCAN GPS.
Standout Features
There are a few things that make this plane stand out and really shows the attention to detail.
The most noticible when you first open the box is the extremely easy field assembly. The wings clip on solidly, as does the tail. It goes back in the box just as easily. It is nice being able to get the plane ready so quickly.
Here is the box as I first opened it, with Cavalier for scale 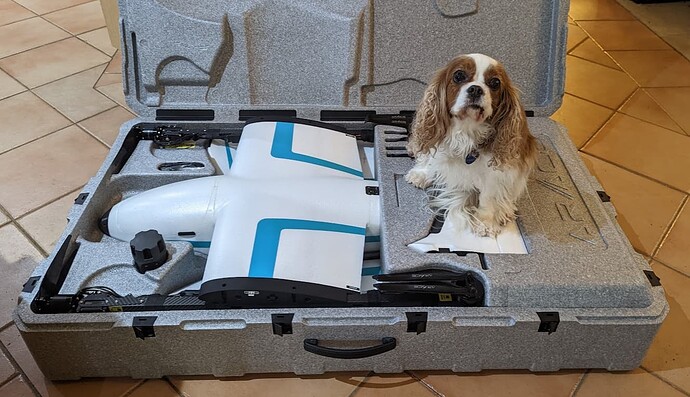 image1328×766 134 KB
The little round black object in the bottom left corner is a anenometer, so you can get a wind speed reading before takeoff to ensure you are within the allowable wind range. Max wind for takeoff is 25 knots, which is a lot of wind. I have flown it in over 15 knots with no trouble. I haven’t seen a vendor including an anemometer with an aircraft before, and I think it is a great idea.
Articulated Antennas
Another feature I haven’t seen before is having a pair of articulated antennas on the side of the fuselage: 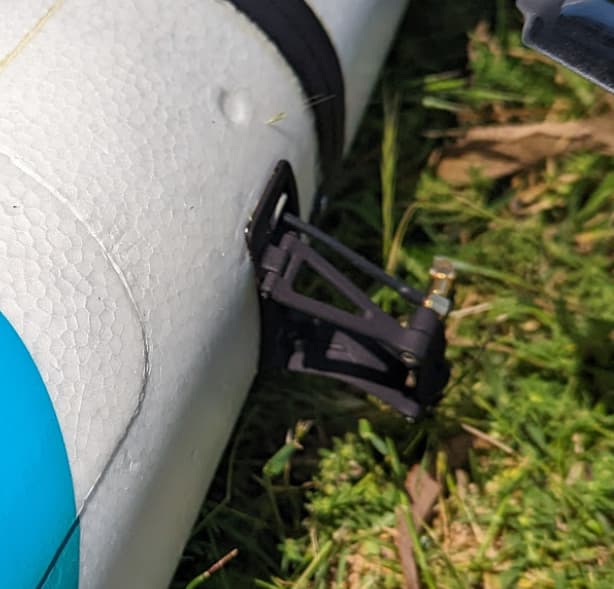 image614×589 36.5 KB
these antennas move up on a hinge so they clear the ground on landing and lower in flight, giving really good RF performance. It is a nice idea to avoid antennas being jammed into a compact fuselage and ensuring they have good line of sight to the GCS from any angle while flying.
The GCS that came with my GriffinPro was a MX16 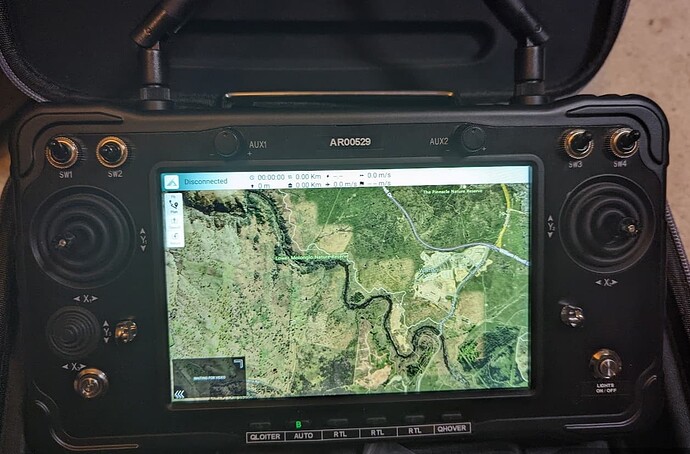 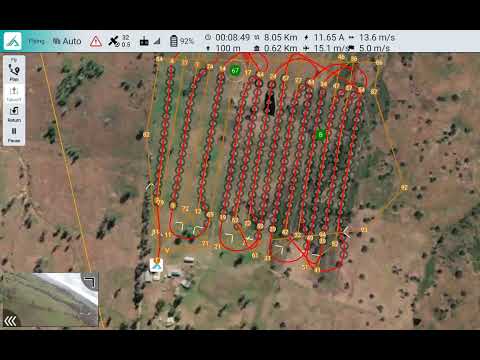 The video quality from the forward facing camera is very good, and nice for situational awareness. In the above video I’m doing a short mapping mission at the Spring Valley flying site in Canberra.
Here is the resulting map from Pix4D: 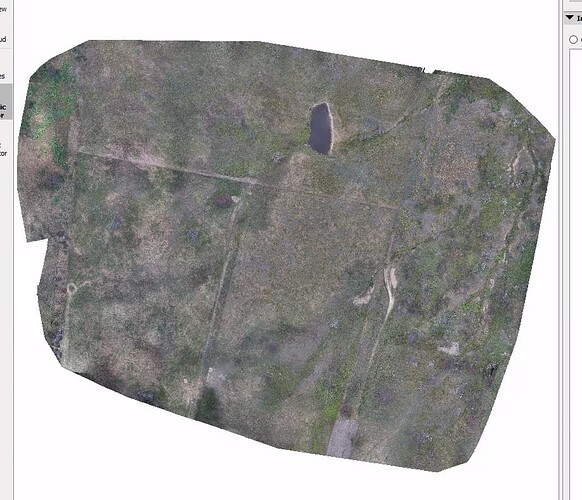 image920×790 93 KB
The GriffinPro has a removable camera pod so you can load different payloads. Here is the ADTI camera in the pod on my aircraft: 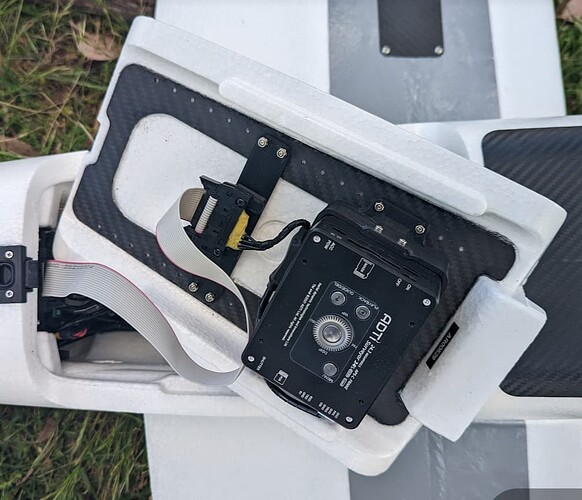 image1006×864 75.8 KB
Nicely Tuned and Pre-Configured
The aircraft came very nicely tuned and pre-configured. A nice touch is Arace asks what battery you plan to use and pre-setup the battery bay padding so the CoG is right for your battery, then they add a label to confirm the setup. In my case I am using a 32Ah 6S Tattu battery. 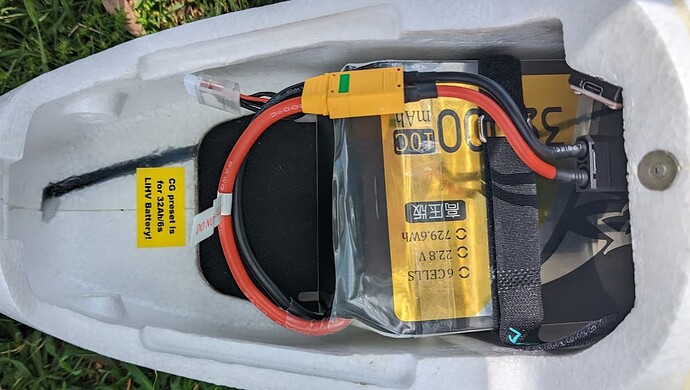 PS: Is the dog a requirement or optional?

The details on the plane are done really well, and the box looks too good to be true.

That is kind. Thank you very much

Hey Alex,
this is (I guess) not an issue of kindness, but simply the result of your serious and excellent work. Thumbs up !!

Thank you Pascal. wish you all the best

How much does this sell for ? Can’t find any info

Hi Roman, thank you for contacting us via email. That is the correct channel. We do not have webshop nor online sales. We did reply to you yesterday, kindly continue to liason with us there.
Thank you

I sent your guy a message on whatsapp and haven’t heard back. Either way, thanks for responding in this forum

Congrats Alex and your entire highly talented team.
I have lots of respect for what you can do, you never fail to surprise us.
I have enjoyed Arace systems since the MTD days, thanks for your great service.
CN

thanks for nice review. I’m intrigued by the “articulated antenna” thing, can you post some more info? Maybe a short video on how it works would be perfect. Thanks!