Sometimes it is so easy to reduce the vibration level, just try different headspeeds

Yes, I have seen some sensitivity like this, but never such a stark difference. I would be worried there’s an issue here that could pop up one day. Like an overspeed that drives it into the danger zone.

It is quite probable that the structure that Markus has mounted the pixhawk has a mode of vibration that resonates with 1800 RPM. It is interesting that is drops off so drastically. You may want to check all of the bolts that hold the supporting structure for the pixhawk. I seem to recall in our FBL thread that you said this appeared with no significant changes to the pixhawk mounting? If that is the case then take a good look at your frame to make sure that all bolts are tight and the frame is solid.

Different head speed does make a great change in vibration, the traditional helicopter relative to the simple structure of the multi-rotor, through the gear drive, belt drive, drive shaft drive, have a source of vibration. But can not do the absolute balance of the main rotor and tail rotor, and more is the main reason for the vibration. Therefore, for the Pixhawk without built-in shock absorption structure, the installation of external shock absorption characteristics of the shock absorption facilities is very important to slowly try.

This is the Alzrc Devil 380 under the two different head speed of the shock curve, flight control is already built a shock absorption of the CUAV Pixhack V1, no external shock absorber installed，Full belt drive, is one of its advantages: 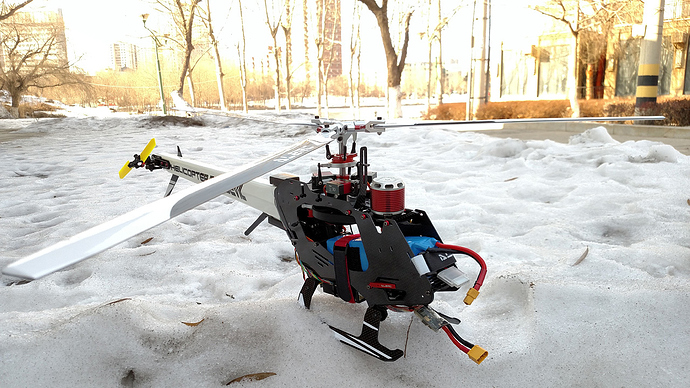 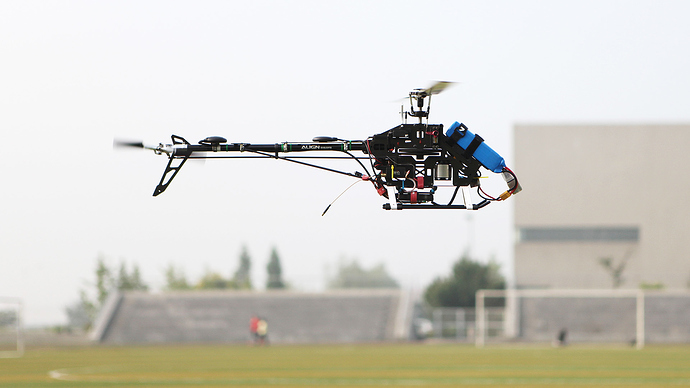 You may want to check all of the bolts that hold the supporting structure for the pixhawk.

Thank’s for the good advice, but I have checked for loose parts without success several times and I have no blade set with more time spent on static and dynamic balancing. I know it didn’t show this behaviour with the other (reflexed instead of symmetrical) blades.

Here is what I usually get mounting the Pixhawk Roll 90° / 270° as close as possible to the mainshaft using the supplied foam (different helicopter):

In case you are wondering what is going on on RCIN channel 8:

Yes, that is about 60 signal losses on every input channel. In the following picture you see the signal loss in detail. It goes down to zero and the duration of the drop out is 0.2 seconds.

The drop outs happened only when the motor was running - no matter how slow or fast. I tried different RX even different brands of radio and finally I found out RCIN works using SBUS, but doesn’t work using PPM, I know this is not as usual

. After using a different laptop to load the same firmware again everything is fine - no signal loss in PPM (and SBUS).
I had problems with other gear as well and I could solve all these problems by using the new laptop (the ‘bad’ laptop is dead in the meantime - ‘can not find operating system’ etc.)

An integrity check before arming seems to be a good idea IMHO.