RC6 passthrough (set in mission planner) where is it then going?

Silly little problem:
Pixhawk connected to a FrSky 8 channel receiver.
Set RC6 to passthrough in mission planner. (and write the data to the pixhawk).

Tested the pixhawk AUX channels with an oscilloscope but can’t seem to see my channel 6?

Where did it go?

Of course I tried all the main and AUX outputs with the scope before posting.

I can see the channel active on the FrSky receiver however.

So still a mystery for me…

Do you have a log to see if the Pixhawk is getting input on channel 6. You would want to look at RC in for channel 6.

I can show that through hardware setup screen, the Pixhawk see very well channel 6. 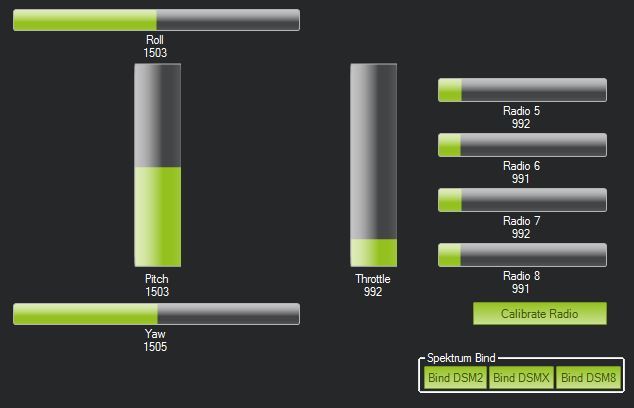 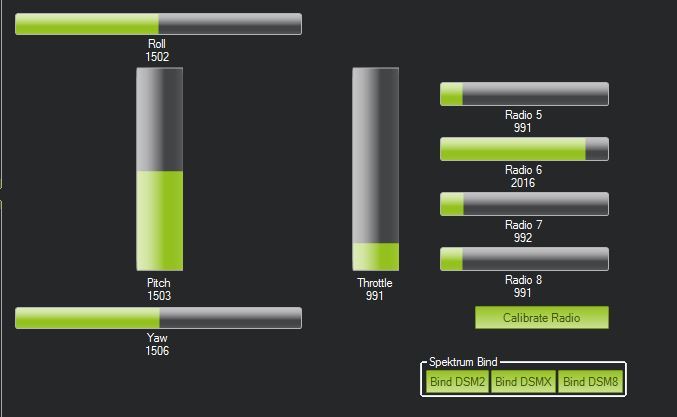 Did you press the safety switch?

Try looking at the Failsafes screen on mission planner to see the outputs. Is the servo rail on the Pixhawk not powered?

Yes, but made absolutely no difference.

Just connecting an oscilloscope, so I should be able to see the signal, no? Just in case I did connect +5Volts to the rail to be sure, to be sure… Well my RC6 is “eaten away” by the pixhawk !

The outputs are disabled until you press or disable the safety switch, as Mike said.

I assumed he knew this.

Yes, David the safety switch was pressed. Thank you.
Not to worry. Just forgetting about RC6 pass-through.

Will use a Frsky X8R in 16 channel mode and that would solve the problem.
Thank you both iseries and David_Boulanger.

Henrik - I have passthru working on 2 of my models - both running different pixhawk versions (AUAV-X2, and Pixhawk Lite), but in my case I never tested this on Ch6 - I always use ch9 - ch14 only (which correspond with the AUX connectors on the servo rail). One example is on my AUAV-X2 - I have RC9_FUNCTION = 1 and ch9 is output on the servo rail to a servo I am using to tilt my board camera. On my Plane, I have the Pixhawk Lite configured with RC10_FUNCTION = 1 and my Ch10 controls my Runcam HD2 via its RC cable, also RC9_FUNCTION = 1 on this plane and Ch9 controls a camera switch - both of these directly from the AUX outputs. On my big hexa however the only AUX port I am using is for landing gear and that is not configured for passthru (there is a seperate landing gear option for that). Instead on this hexa, I chose to configure the X8R in mode 4 (configure this by shorting ch1-2 and ch3-4 with jumpers whilst binding) and access the servo headers directly (these now output on ch9-16) to control my gimbal. I’m thinking that maybe there is an issue with ch6, and you could maybe try 12 or higher, just as a test?

I use a pass thru on Ch4 on my boat. I’d like to see his parameter file.

Hi. Did you try brd_pwm_count param? If i set that to 6, the extra channels can control my servos . At the same time motors does not start anymore