Hello! I have been trying to connect my Raspberry Pi 2 running raspbian Jessie to my Pixhawk and I’m running into some problems. I have it connected via usb and followed all the directions from here (http://ardupilot.org/dev/docs/raspberry-pi-via-mavlink.html) to the point when we put in the command “mavproxy.py --master=/dev/ttyAMA0 --baudrate 57600 --aircraft MyCopter” under the “Testing Connection” Section. When we run it we get the errors seen below. Any ideas on how to fix it? Also, I did try calibrating the compass through mission planner on my laptop separately so its odd that it says the calibration failed. 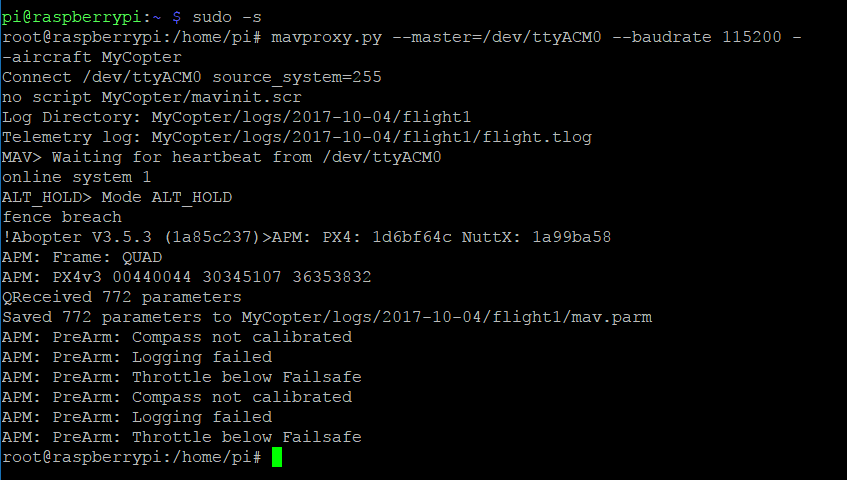 I guess that you connect to a not yet configured PixHawk.
When you connect to Mission Planner you probably get the same messages.
So technically , you should install the FC into a fully working vehicle, calibrate it, making it fly and then try to run CC missions.

We generally recommend to get everything working on the simulator -SITL- with the Companion Computer before flying with it.