Last week at the Unmanned Traffic Management (UTM) Drone Sense & Avoid technology competition in Syracuse, Aerotenna took home First Prize by demonstrating the effectiveness of a sense and avoid system based on two main technologies: microwave radar sensors for “sensing” obstacles, and an FPGA SoC-based flight controller running Ardupilot for processing and “avoiding” collisions. Aerotenna’s winning flight controller, OcPoC (Octagonal Pilot on Chip), utilizes the real-time data processing capabilities of the FPGA to efficiently handle the computations necessary for 360-degree sense and avoid. OcPoC is also fully equipped with all the sensors onboard necessary for autonomous flight, and comes with 100+ peripheral interfaces. 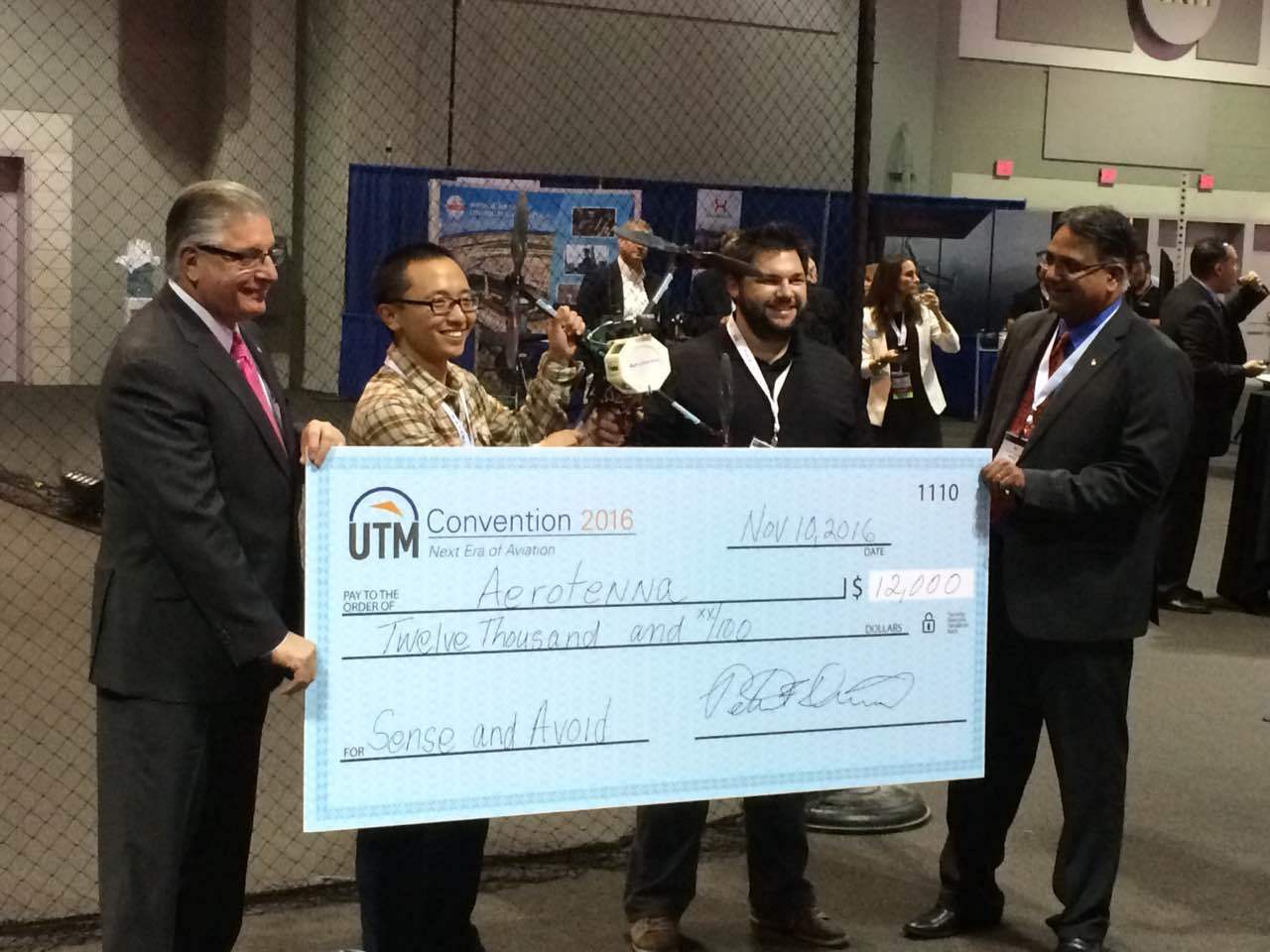 The competition obstacle course was designed as a mini replica of environments and scenarios drones would face in the real world, including a miniature bridge, glass obstacle, replica power line, and moving obstacle. Aerotenna successfully completed two collision-free rounds in the fastest time to take home the $12,000 first prize. 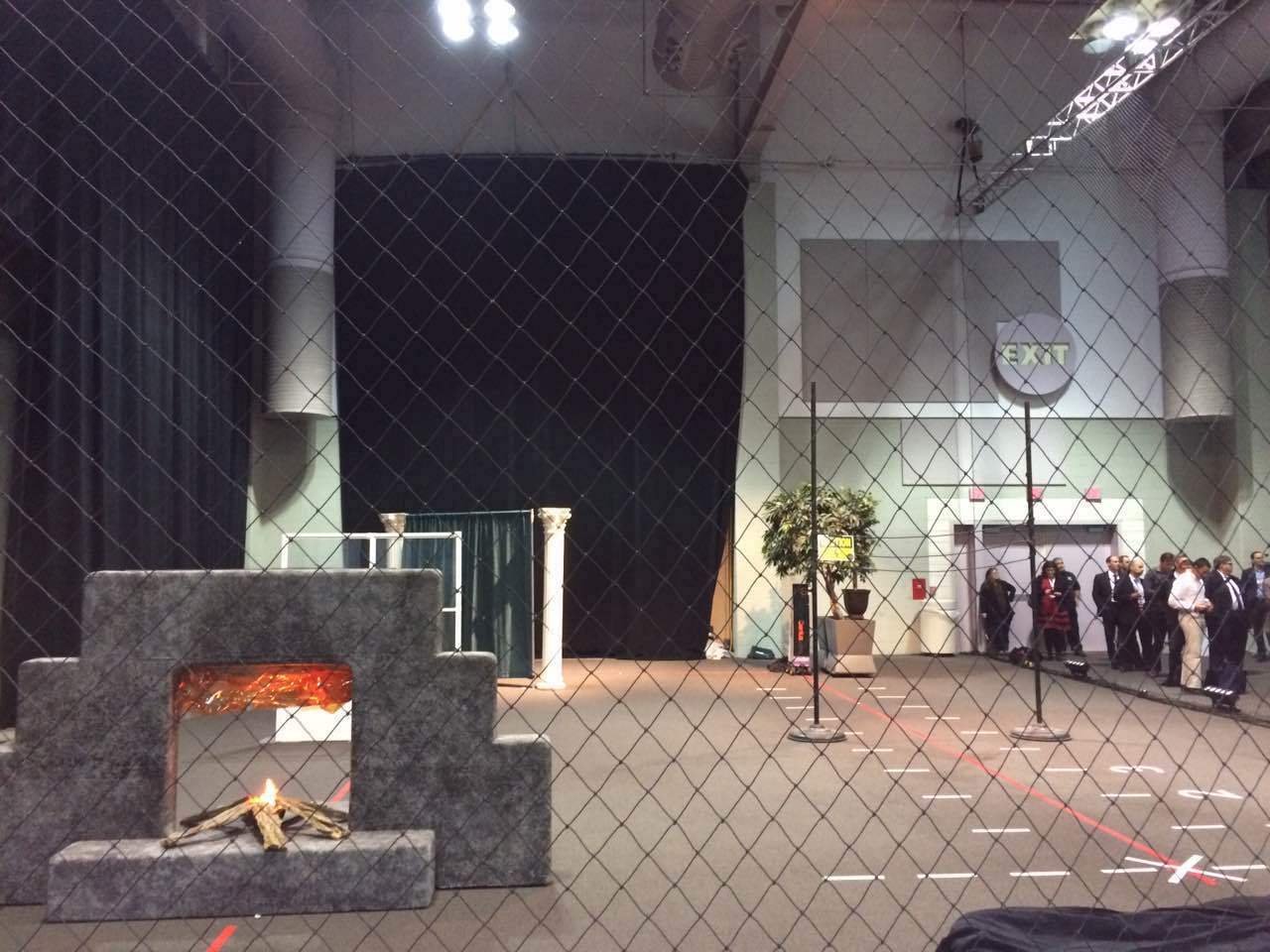 UTM Convention 2016 is an annual event that brings together aerial technology leaders from around the globe, including experts from the FAA and NASA, to explore the latest technical capabilities and discuss collaboration to rework the global airspace in the next era of aviation. The Drone Sense & Avoid technology competition was held during a Google-sponsored reception in front of leading companies and organizations including Google, Intel, Amazon and NASA, as well as drone industry regulators, investors, and most importantly the public. 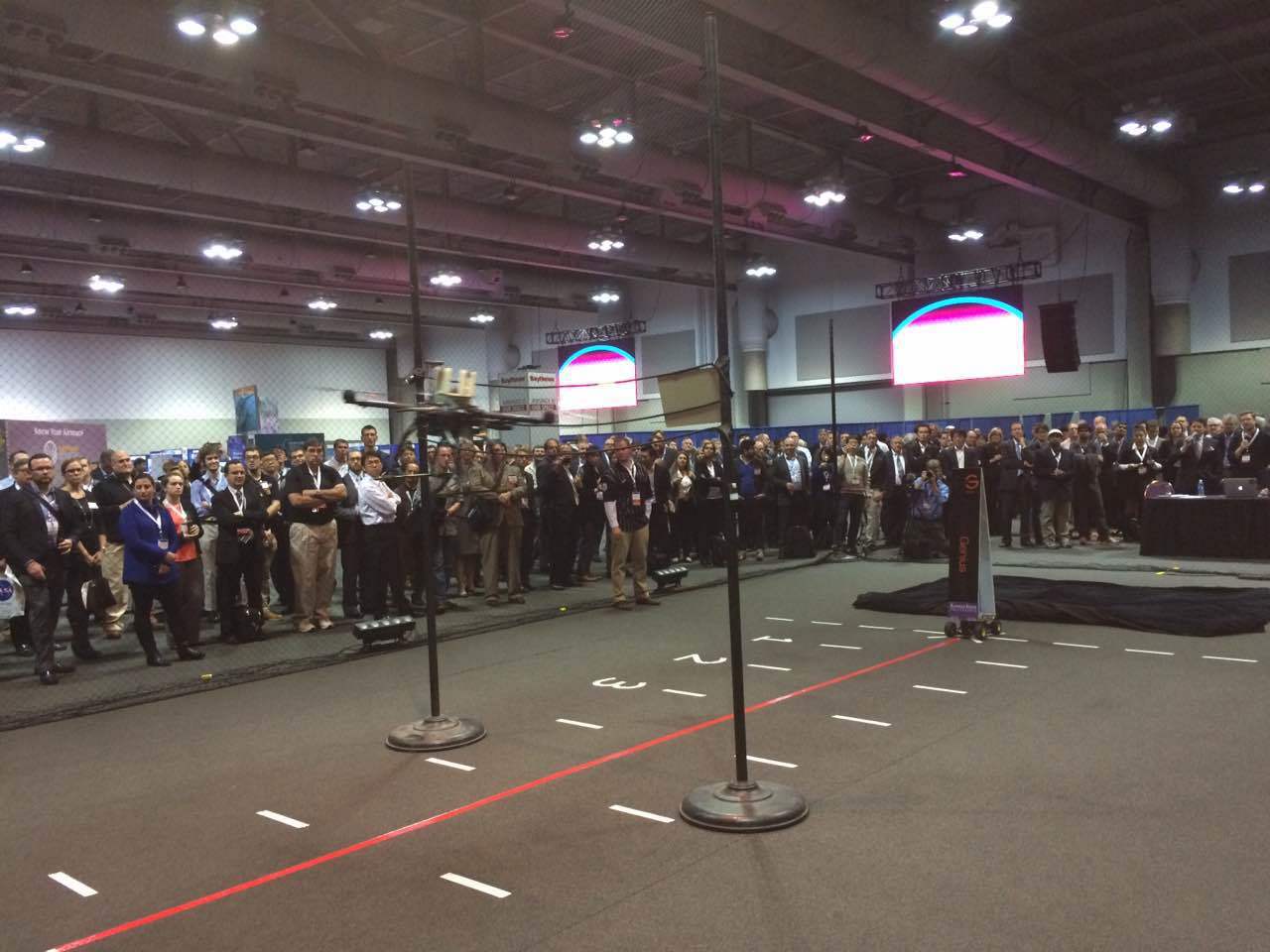 Sense and avoid is a critical technology that enables safer and wider usage of drones in many applications such as monitoring the safety of bridges, rail lines and other critical infrastructure, delivering packages, and humanitarian missions. The development of sense and avoid technology is also critical for the flight of drones beyond visual line-of-sight and into national airspace.

Aerotenna recently announced the release of a new miniaturized collision avoidance radar and SoC FPGA flight controller for all drone platforms. This “sense and avoid” suite provided by Aerotenna offers a package solution for drone manufacturers and researchers to seamlessly integrate sensors and the flight controller.

This is cool stuff. Is there any video of the event and the winning flight controller completing the course by any chance?

Thanks! We’re still waiting on event videos from the organizer. Will update this post if/once we receive it.