We have read many news about fire caused by drone battery. Some of them are due to battery overcharing, when a LiPo battery is overcharged, the anode of the battery becomes plated with lithium metal and the cathode produces carbon dioxide. The pressure inside the battery rises as more gas is produced until the outer skin of the LiPo bursts and vents gas. LiPo venting is usually accompanied by flames which leads to the entire battery destroying itself. Overcharging can be prevented by charging LiPo batteries to a maximum of 4.2 volts per cell (or 4.35V for lithium high voltage packs) and charging at a safe current setting.

Some due to over discharging. When quickly discharged in situations such as a drone race, a LiPo battery will heat up. If excess current is drawn from the battery causing it to overheat, gasses will form inside the battery. Like overcharging, if enough gas forms and the LiPo bursts, it will commonly vent with flames. If a LiPo is discharged below its stated C-rating, there should not usually be a safety issue (unless, as happens occasionally, LiPo manufacturers lie about the C-rating of their batteries).

That is why I am supporting smart battery in terms of problem detection. Recently I went to a drone exhibition and got to know this samrt battery by MMC UAV. The battery claims to free yourself from safety precautions by adopting such functions like over-charge-and-discharge protection, voltage balance, over-current-and-voltage protection, self-discharge protection when inactive for long time, short-circuit protection and cell damage detection,etc.

MY QUESTION is whether this kind of so-called “SMART BATTERY” really that safe enough and still powers drones as the usual ones? 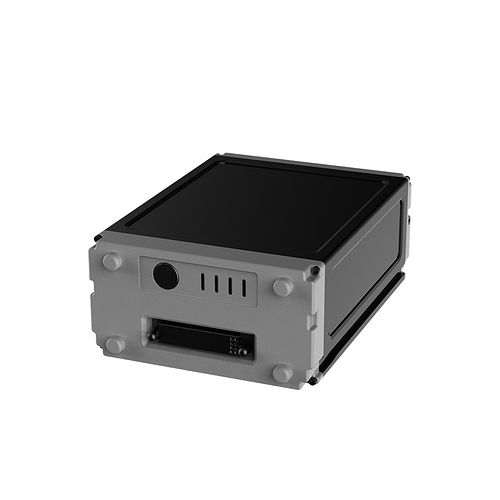 Is the battery linked below what you are referring to? It appears to be for an e-bike and not for RC aircraft.

In general though, the problems you describe that are related to charging/over charging are all true, but can be safely managed with a decent battery charger.

When dealing with drones there is one parameter that rises above the rest - weight.
The battery you have shown has a hard case & internal electronics adding to this weight.

Next is the efficiency of the ‘smarts’ in the battery and how it communicates with the drone.
Do a google on battery management systems problems.
The Solo battery is a good example, as it communicated battery condition but gets out of calibration after a while.
If it doesn’t communicate and just handles charging/discharging then it is weight for no good effect.

I, for one, would not put a battery in a drone that limits discharging.
The last thing I want is to need the power and have the battery limit it.
If you have to limit your battery output then you have chosen the wrong battery for the job.
The drones we fly are worth a hell of a lot more than a battery.

If you are referring to making the use of these batteries idiot proof, then I am afraid that will never happen, for as soon as engineers come up with an idiot proof product, the universe spontaneously generates better idiots.

as soon as engineers come up with an idiot proof product, the universe spontaneously generates better idiots.

This made me laugh! So true