Yesterday, during the automatic mode of testing CUAV V5 nano Alzrc 420, the QGC gcs of version 3.5.3 was used, and the virtual joystick was opened. The task was edited on QGC and uploaded to the flight controller. Then, try to use the radio. Switching mode and disarming are invalid. The touch screen operation on the QGC can be smoothly unlocked, and only the throttle lock on the radio is effective. The throttle lock is released. After the App is unlocked, the motor starts smoothly, then the radio throttle is pushed, no response, and the pitch and roll joystick operations are also invalid.
However, using the QGC operation to take off and automate the automatic task, everything works fine. However, when rtl is finally executed, the subsequent landing process continues to drift to the north, and the pause is made in the middle. The aircraft can maintain the hovering position, but the radio can’t win the control permission, and then continue to perform the landing, the aircraft continues to drift, and finally Because the venue is not wide enough, the vertical tail hits the steps, the plane is landing, and then only the app can be used to lock the flight control!

Is it a “virtual joystick” that will cause the station to have no operational rights? Or does the QGC itself have priority over the radio remote control?

Is it a “virtual joystick” that will cause the station to have no operational rights? Or does the QGC itself have priority over the radio remote control?

Use joysticks on a ground control station at your own risk. The latency and accuracy in control is not adequate or safe for helicopters. It can only accept one control input at a time. If you have two control inputs, how does the system know which one is correct?

Then turn off the QGC virtual joystick, the operation of the remote control radio should be limited, right?

After analyzing the log of the flight and analyzing it with the help of other friends, I found the reason for the problem.First of all, the logic of QGC is to open the virtual joystick, and the joystick operation on the remote control side is invalid. So in this test, I turned on the virtual rocker function of QGC. Then, QGC’s default virtual joystick needs to do channel calibration, but I don’t know that I still need to do one step, so I will reproduce the situation at that time, then check the virtual joystick settings, and I found that the neutral point of rc2 is offset. . In addition, the “re-designation of landing location” function in the flight control parameters is not turned off, so the above problem occurs. 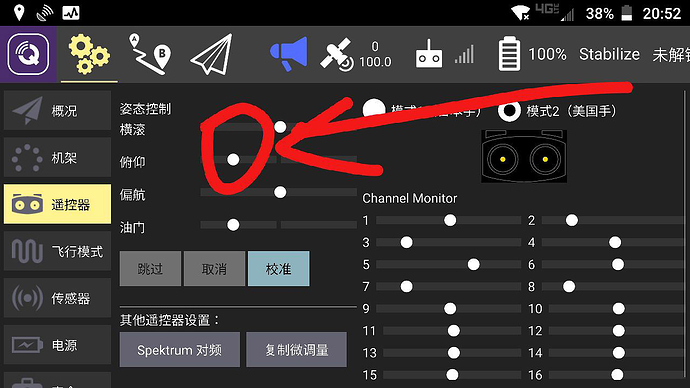 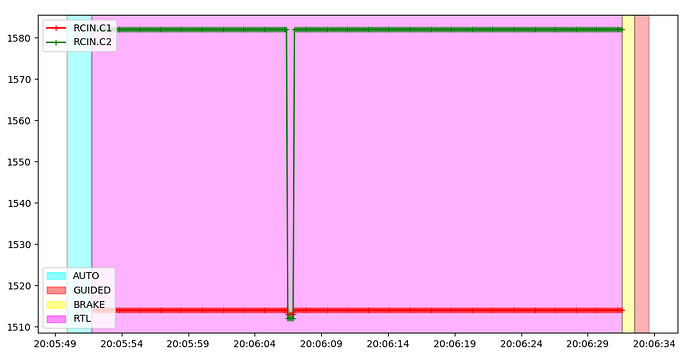 @DonLakeFlyer can you please help here ?