I’m just finishing up an FT Explorer conversion into a quadplane, and had my first QSTABILIZE flight. The plane is a rudder & elevator control only (no aileron servos), but when flown in quad mode it uses the rudder stick control to apply roll to the plane. Is there anyway to control it in a conventional way, as it messes my mind to try to fly it with the controls on the wrong stick. Elevator control is fine, so I was able to have some short hops under some control.

I had another go at it after disabling RUDDER_ONLY, and it flew as expected in QSTAB mode. I’m guessing that rudder only and quadplanes were not intended to be in one aircraft. I just need to use a wing with ailerons in order to fly in FBWA I imagine. 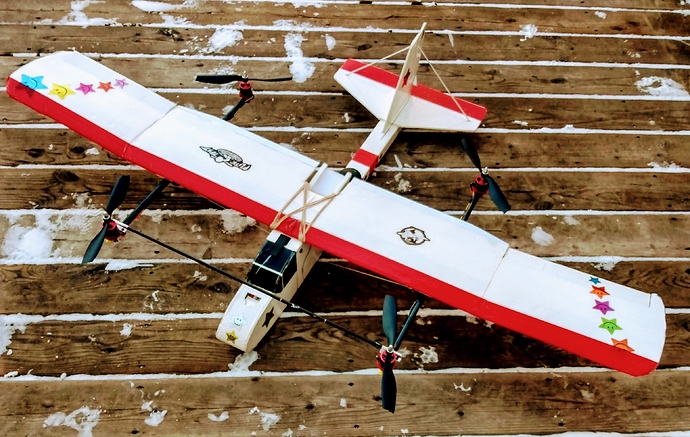 IMG_20210211_151509551_HDR3120×1980 834 KB
I unded up putting ailerons on the wing. I think I finally sorted out the QSTAB mode, had to reverse rudder output on the Tx and in MP to get the quad and control surfaces to respond in the expected direction. Also needed to increase Q rudder P gain to make it more responsive. Now just need to get the nerves up to try to transition in FBWA. It’s rather cold here, and hard on the battery, so I might just wait for spring for further testing.