Hello friends I am trying to configure the speed of descent of the quadplane in the first stage, but it seems that there is no such function (LAND_SPEED_HIGH) for quadplanes …

I don’t know a lot about quadplane so I’m not really able to help. It is very possible that QuadPlane doesn’t implement the two stage land speed feature that is in Copter.

Q_LAND_FINAL_ALT: It is the final altitude (in meters) for changing the descending speed before landing:
Q_LAND_SPEED … Determines the descent speed (in Cm / s) when the aircraft reaches the point defined in Q_LAND_FINAL_ALT

At this point there should be a change of speed to decide to have a smooth and short landing.
I understand that this speed could be a little higher at the beginning of the descent (around 150 or 200 Cm / s). And slower at the end of the descent (50 Cm / s) … It is precisely this parameter that I am not able to define. The aircraft transitions at a height of 40m and descends the entire route at the same speed of 50Cm / s … this consumes a lot of battery.

I know that in the copter version there is a LAND_SPEED_HIGH parameter that adjusts the first stage of the descent, but in the quadplane version we do not have this parameter. I tried to adjust it by Q_WP_SPEED_DN … but this parameter is to be used on missions, and not on landing … it didn’t work.

Could you give some direction?

There is no two stage landing in quadplanes so it should still descend at the Q_WP_SPEED_DN before that, do you have a log showing its not doing this?

Thanks for your help Peter
Looks like the same speed after transition.
Here is the bin and log… 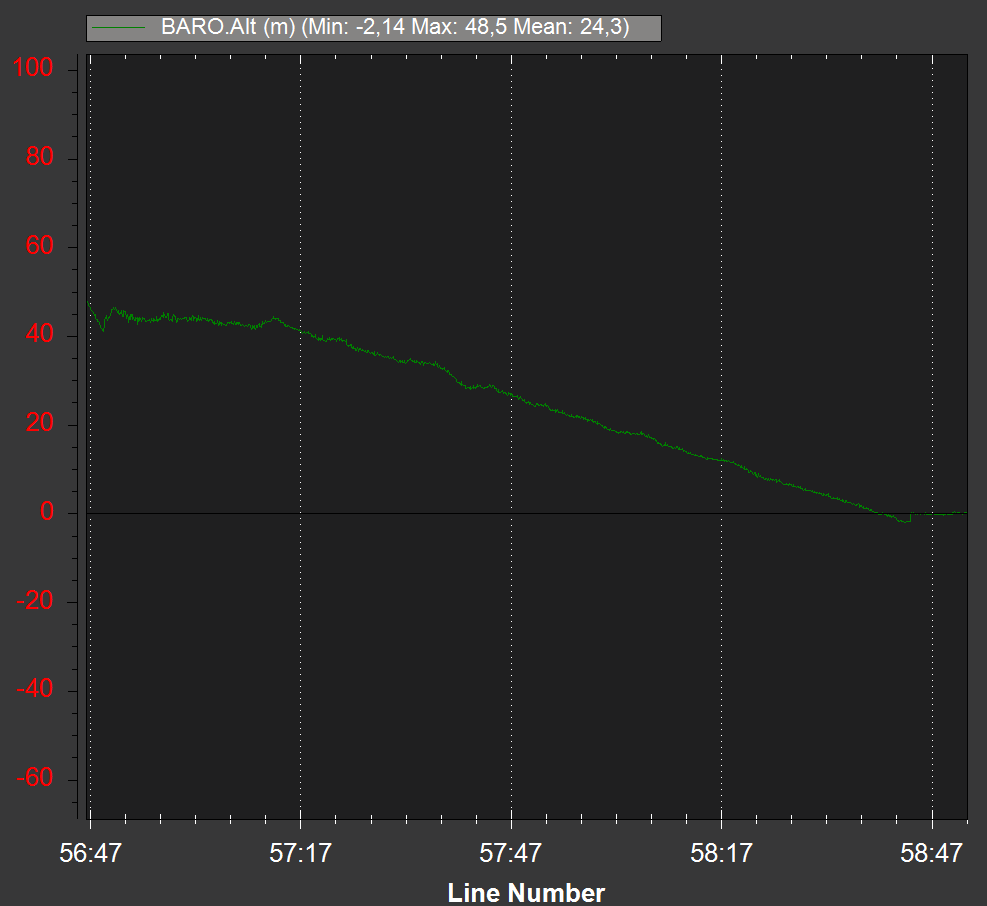 Interested in this as well. Is there no way to specify the first stage of RTL Q landing descent?