Hi all, as some of you might remember I was having a problem with my survey boat zig zagging terribly while carrying out a mission. At first I thought it was a Mission Planner parameter setting, but it turned out to be the little L298N H-Bridge failing due to excessive heat. This was caused by me upgrading the outboard motor to a Suzuki 2.5hp four stroke which turns out to have a LOT more drag on the pivot (steering) column. This drag put extra stress on the little 2A H-Bridge causing it to fail intermittently.
The solution was to upgrade the H-Bridge to a 10A H-Bridge, but being in South Africa, none are available locally so I built my own from a diagram on-line and connected as follows. This unfortunately puts it onto a DEAD SHORT condition.

What am I doing wrong? 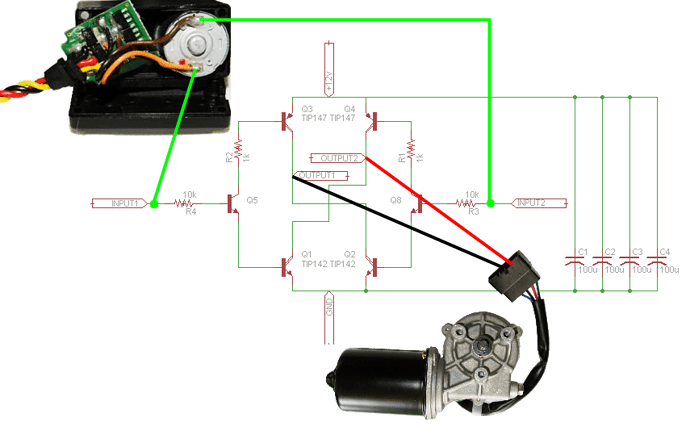 This circuit requires that Input1 and Input2 are not high at the same time or it will burn out. The original design used a decoder chip to allow only one side to be active at a time. A 74139 decoder was used shown on this site: http://faq.solarbotics.net/BiomechMotorBridges.html
Also PWM can not be used to drive this circuit. Input1 is high motor is driven on that direction. Input2 is high and the motor is driven in the other direction.

Thanks iseries, where can I buy such a device?

Don’t know enough about your application. The bridge you built will work but only if both Inputs 1 and 2 are not driven high at the same time. The L298 had this built into it and other H-bridge configuration do as well.
In the past I used this board: https://www.parallax.com/product/28820 to drive two motors in a model army tank. You can also take a look at these devices as well: https://www.pololu.com/category/10/brushed-dc-motor-controllers

I have an L298N, is the any way I could come out of that and into this high current H-Bridge?

I would certainly recommend using an H-Bridge IC if you can, but if you can’t get them here is a circuit that will work using just transistors. This provides 2 inputs ( labelled on the left), one for direction of the motor and one to start and stop the motor (PWM). On the start stop input you can use a Pulse width modulated input. 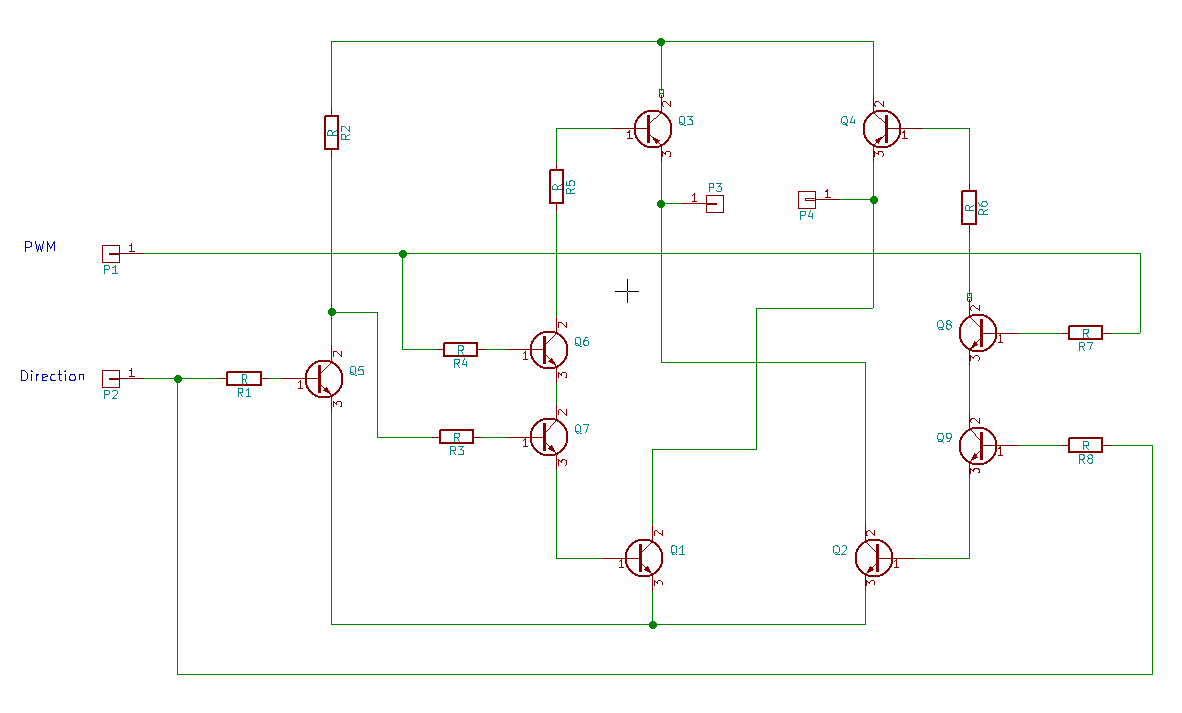 This circuit works by making transistor and gates

The AND gate is a basic digital logic gate that implements logical conjunction - it behaves according to the truth table to the right. A HIGH output (1) results only if all the inputs to the AND gate are HIGH (1). If none or not all inputs to the AND gate are HIGH, a LOW output results. The function can be extended to any number of inputs. There are three symbols for AND gates: the American (ANSI or 'military') symbol and the IEC ('European' or 'rectangular') symbol, as well as the deprecated ...

and a transistor logic inverter

In digital logic, an inverter or NOT gate is a logic gate which implements logical negation. The truth table is shown on the right. An inverter circuit outputs a voltage representing the opposite logic-level to its input. Its main function is to invert the input signal applied. If the applied input is low then the output becomes high and vice versa. Inverters can be constructed using a single NMOS transistor or a single PMOS transistor coupled with a resistor. Since this 'resistive-drain' appro...

I would also recommend getting some large diodes and connect them in reverse from the ground to the output each side and from outputs to the power supply. They prevent current spikes blowing the transistors

The best way to test would be to use some diodes and 12 volt bulbs to start with in place of the motor, to check everything works in bothe directions

Thanks skyscraper, any idea what those resistor values are?

I’m basically coming straight out of an old servo motor like the very top image.

So what your saying is that the PWM coming into the servo is controlling the direction of the servo motor. From there your feeding it into your bridge to power the bigger motor.
I think the problem with your design is that you don’t have a common ground. Also I don’t know if they apply a small amount of power to keep the motor in one place which will cause a problem for your bridge.

3 - Yes, that is exactly what is happening

This is exactly what I am trying to do … https://www.youtube.com/watch?v=2Ny33eoy3q0

I have been using a L298N H-Bridge to now which worked fine, but it was limited to 2A peak where I need a 10A peak.

The problem is they are not using the same bridge type. Also since the small motor is still in the circuit it may be generating some kick back voltage which is not good for the bridge.

Ideally what your looking for is a large servo that excepts RC pwm input.

OK. So you are using it as a positional servo? I thought it was just a motor run circuit .

EDIT:
@iseries
ooops sorry to cut across your reply

Strange how the L298N worked fine? Just a pity about the low current. 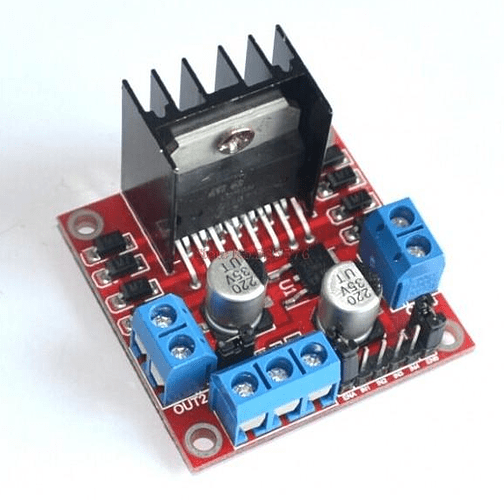 I would take @iseries advice and just order a large servo from somewhere like servo city, though there are quite a few power servos around from Hobbyking etc as well. I looked at the youtube video but I suspect these guys did a bit more than just hooking up a hobby servo output to get that working. I think they would have needed to hack the board a little as well.

By the way, did you know that you can use the both sets of outputs on the L298N to the same motor, just so long as you get everything wired up the right way including the inputs and the outputs. That gives you twice the current.

Unfortunately that does not work with PWM