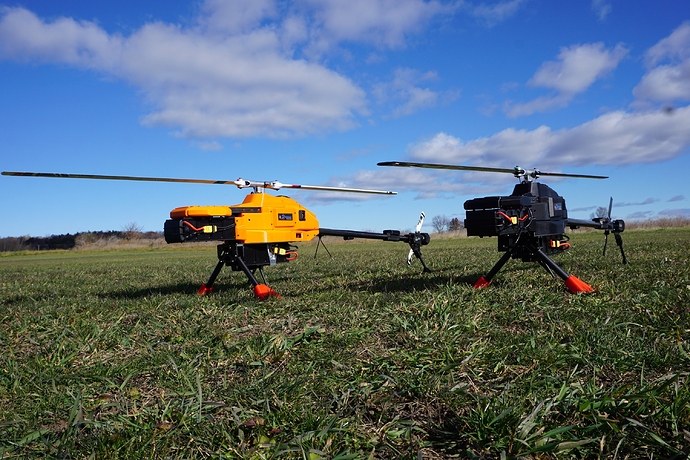 NOVAerial Robotics is pleased to announce that the Procyon 800E drone helicopter has finished it’s prototype and testing phases and is beginning limited production and delivery to commercial companies worldwide.

The first customer to place an order will be using it to carry a sling-load magnetometer weighing 3.8kg. The UAV helicopter has demonstrated it’s ability to lift and control this payload, even under significant wind conditions as shown in this pre-delivery test flight video.

This is an excellent example of the performance and operational reliability of UAV helicopters. They typically feature wind tolerance and payload handling capabilities unmatched by any other system type, allowing operation in conditions that would ground other VTOL aircraft.

And this also demonstrates the payload handling flexibility of the Procyon 800E. Originally designed for a front-mounted 1-2kg sensor payload on an integrated vibration damping mount, it is capable of being reconfigured to lift a 4kg payload under the Center of Gravity on a sling-load hook mount. 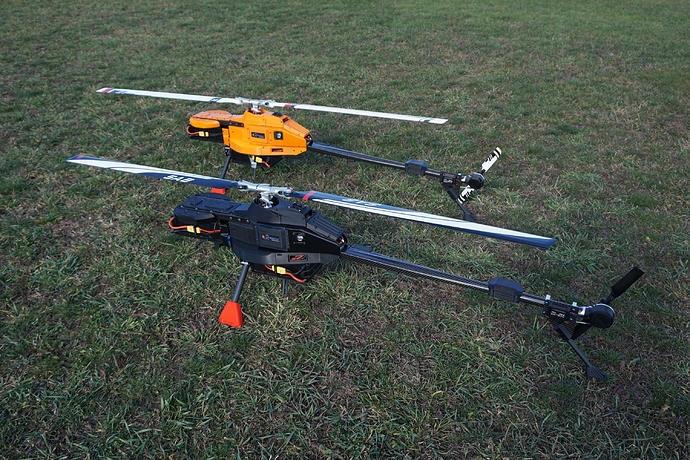 During the last round of prototype testing, the landing gear was redesigned for increased strength and stiffness. The eliminates ground resonance and makes for more reliable automatic take-offs and landings. It also allows for custom landing gear lengths to be used which can accommodate large camera gimbals mounted up front. This will be demonstrated in a future blog post.

The tail motor also features improved cooling. And the GPS system has been upgraded to a Ublox M8N with an extra large ground-plane for improved GPS reception quality and reliability. A new standard radio control system was chosen from Futaba, though the option remains for an FrSky radio if the customer desires the flexibility and customization this system allows. Finally, forced-air cooling was added to the main motor to ensure sufficient cooling in all conditions.

Of course, all of this is enabled by the awesome Ardupilot UAV operating system. This open-source program is the most reliable and full-featured system available, with support for all vehicle types from airplanes to underwater rovers. And with diverse selection of 3rd party peripheral hard-ware, it enables capability not available with any other closed-source autopilot system. 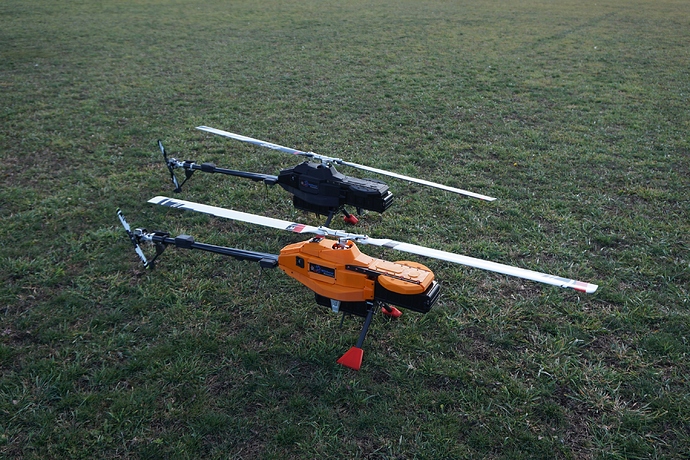 Please request a quote to see our attractive pricing on this exciting new drone helicopter, and don’t forget to include details on your desired payload and use-case so that we can discuss your needs.

The Procyon 800E looks great. I think it will be a classic.

I just watched your interview on sUAS News. Very interesting!