I am bringing up ArduPlane 3.6 latest on PixFalcon, using Mission Planner latest. Radio is Futaba 14SG and Rx is R7008SB. Radio and Rx have good failsafe programming abilities, and I have set channel positions for all 14 channels (via good radio interface) in the event of Tx/Rx loss or Rx low battery. What I want is all channels in “neutral” state except mode switch, which I want to go RTL. Ch6 is my flight mode switch, and lowest value (-100 on servo display on radio) is programmed to be RTL via MP setup. When system is live and connected via USB to MP, I turn off radio, and I don’t see flight controller go into RTL. Below are servo status screens as displayed by MP. First screen shot is with radio on, second is with radio off. note that Ch5 and Ch6 inputs change, but outputs (going to flight controller via SBus) do not. What am I doing wrong?

EDIT: I have programmed throttle failsafe, and it appears to work, but I still don’t understand why the Rx’s command to output min value on ch6 isn’t triggering RTL flight mode. 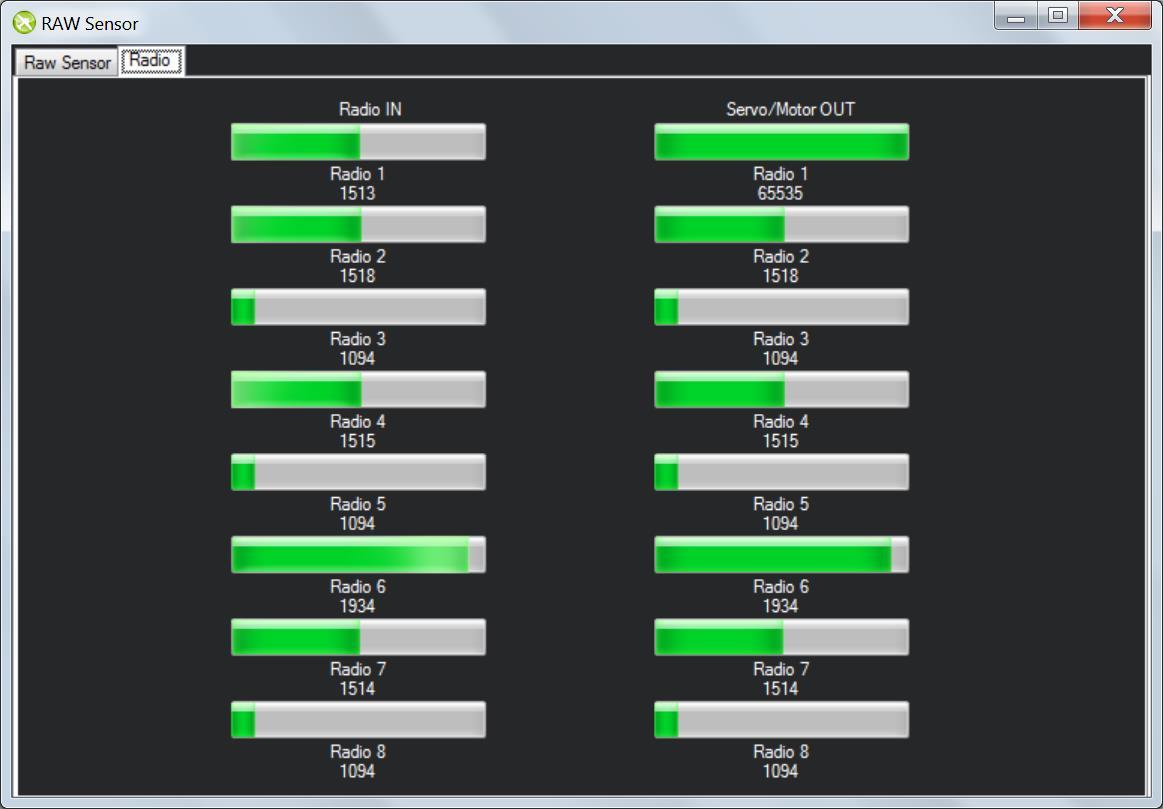 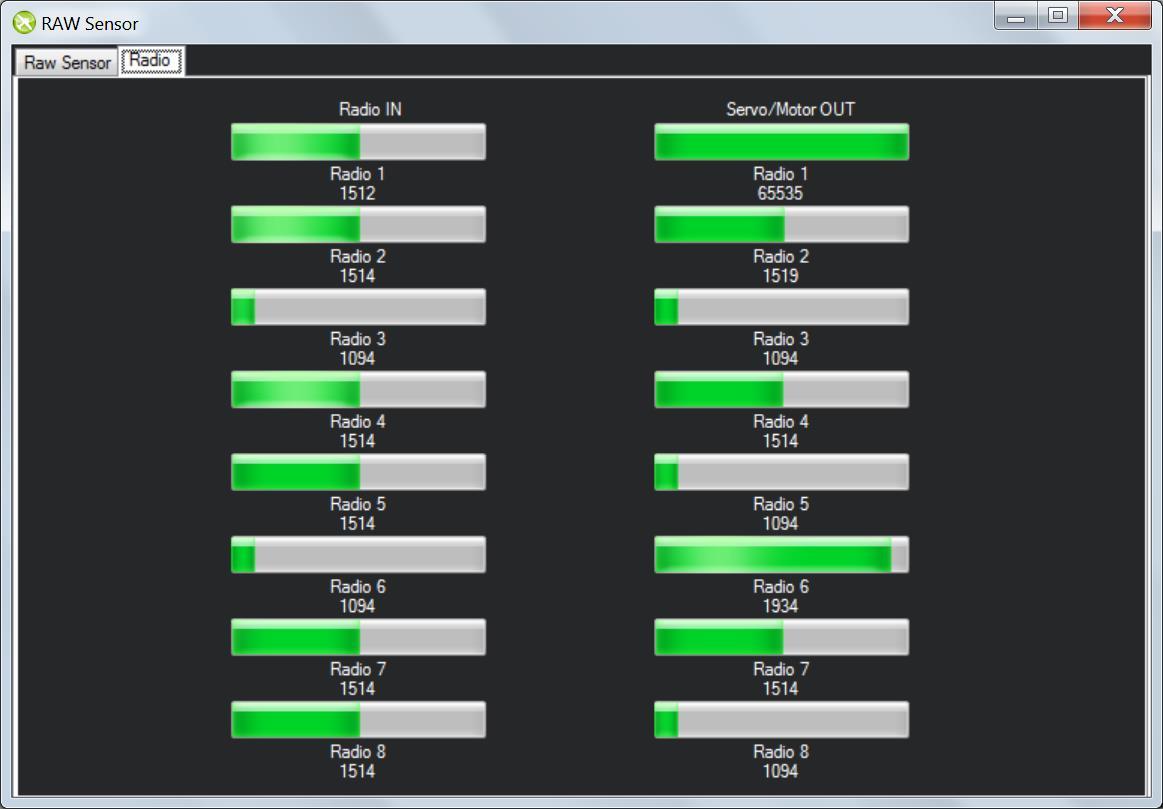 WKF
Does your RX have power when you have the FC connected via USB? The servo rails aren’t powered by USB.
Typically if a RC failsafe has been triggered then the FC will ignore RC inputs anyway (until RC is re-established) and control the servo outs itself to maintain flight.

The Futaba R7008SB Rx is powered by the RCIN of the PixFalcon. That signal provides the SBus stream from Rx to FC, and also provides the only power and ground to the Rx. When I turn off my radio, the Rx and FC both obviously remain powered. The 14SG radio has a fairly elaborate way of allowing you to program the reaction on every channel in event of lost link or also in event of low Rx voltage. So I programmed all channels to neutral positions for failsafe, except my flight mode channel, which I set to the value that corresponds to fight mode RTL. You’d think that would send my little bird home. In fact, I can’t tell how/whether the FC knows the Rx is in failsafe. Unless it’s embedded in the SBus stream, which I’ve not seen documented anywhere in Futaba-land.

The SBUS protocol has a “failsafe” flag. If you’re using SBUS to communicate to FC, no matter what setting you make on your receiver, Ardupilot will “hold” all channels and do what’s set up on the FS_THR_ENABLE option.

If you set it to disabled, you’re going to have a flyaway, as the FC will hold last commands until your battery drains

Thanks Mark. Helpful. I wasn’t aware that ArduPlane/MP were informed via SBus packets of Rx detected FS. What behavior would you expect to see if system is fully armed, 3D GPS lock, but on the bench not flying, and I turn radio off? I am not seeing any confirmation that it’s detecting FS in the SBus stream, and throwing FC into RTL. Should I be seeing something like that? I am using the default settings for short and long failsafe.

EDIT: I usually watch latest issues on MP and ArduPlane. Guess it makes sense to keep a better eye on copter issues/topics.

I think you have to be “flying” so throttle raised in stabilise/fbwa etc then turn off the radio. Just connected to a pc/laptop should provide enough power and be safe to test it out.