Possible causes for ESC burning down

Hi, after calibrating the ESCs, we was running some tests on our pixhawk quadcopter, one of the motors wasn’t spinning as fast, so the drone was tilting to one side. At very low throttle one side of the drone was lifting slightly faster, so we were scared of increading the throttle, so we tested higher throttles while holding the quad in place, after lots of test, we decided to test at max throttle, one of the ESC’s started smoking and the exterior of it melted. I don’t know what happened, i think holding it in place is what caused the motors to pull too much current, but is this correct? We tought that it was something in the PCB of the frame, or a defective ESC. What is the most likely case in this scenario? Before this, before calibrating the ESCs, we did notice one of them heating up more than the others, but we don’t know if that is the one that burned.

I am not sure what happened, of course. But I have burnt both ESCs and motors by drawing too much current.

I don’t think physically restraining the quadcopter was important, except that it permitted you to push the throttle (and current-draw) into a range where something melted. (I’m understanding that you restrained the quadcopter BODY rather than the propellers/motors themselves.)

My experience is that inexpensive ESCs and motors may not be able to sustain current very near their “maximum value” while more expensive ESCs don’t burn out when operated within their specifications. I believe this is just a quality issue, and unfortunately cost is sometimes a signal of quality.

You observed less thrust from the problematic motor/ESC. I once overdrew current because (due to poor design) a wire got physically pressed against the spinning motor, increasing friction. This, or any number of other possible causes, could have degraded performance in the affected motor/ESC, and ultimately caused the burnout.

What do others think?

Depending on your brand and model of ESC, your experience may vary:

In general, most ESCs give their maximum rating under “sufficient” airflow. If you had restrained your UAV and also hadn’t placed your ESCs under the propellers, then there wasn’t sufficient cooling.

Moreover, off-brand models may even be out of spec, meaning that you shouldn’t push them as hard as is advertised, or even worse, they may be defective out of the box.

As a closing remark, I would say that every manufacturer and hobbyist should experiment a bit in the beginning to find which hardware works for him and stick to that brand until there is a need to look for something different.

My experience with a 51 A multistar that before a very short fly 32A average 4 motors consumption, it catch fire, fortunetly It was on the floor trying to take off again and the esc was far from batts, no other damage to equipment

, just in case I changed the four esc for another manufacturer.

The same problem with the “Wraith 32 MINI- 32 bit BLHELI_32 ESC”. I was doing a test flight at a height of 5 meters, and two of the ESCs were burned, so I decided to replace it with the “emax bullet 12a d-shot”. these are working perfectly. 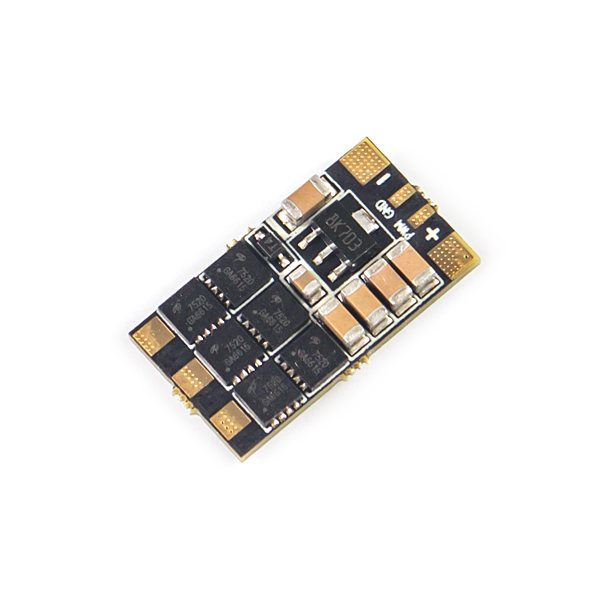