I have a Pixhawked S1000 that I am tuning up. I did the autotune on the roll axis and copied these values to pitch. This helped quite a bit and it flies pretty well, not as nicely as with the DJI A2 controller, but well enough.

Then I autotuned yaw and the resulting values were startlingly high compared the to the defaults. The yaw is more responsive now but it has a tendency to keep yawing after I release the stick. Oftentimes it will continue to yaw another 90 degrees or so before stopping. 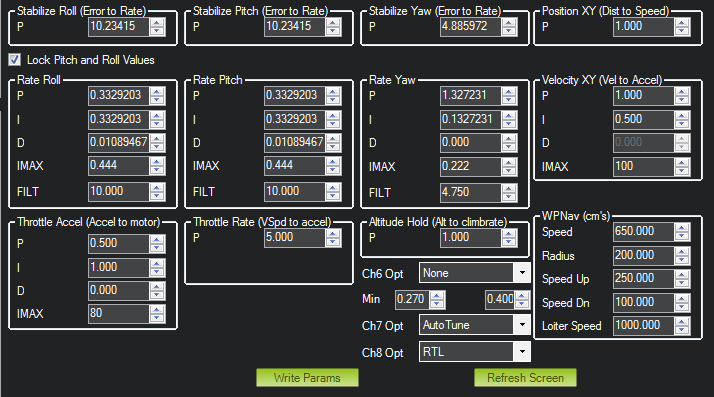 I have the same issue with a similar sized craft.

If I try a quick 180 on full deflection it will actually do a full 360 before it stops.

Haven’t had time to focus on this issue yet, but I don’t think we are alone in this.

I am having a similar issue with my quad. It’s a hair under 800mm…770mm to be exact. Im spinning 15in props on it. While mine will not do a complete 360 it will keep spinning but will also act like it is trying to roll as well. I can keep it from happening if I yaw really slow but it still is not perfect 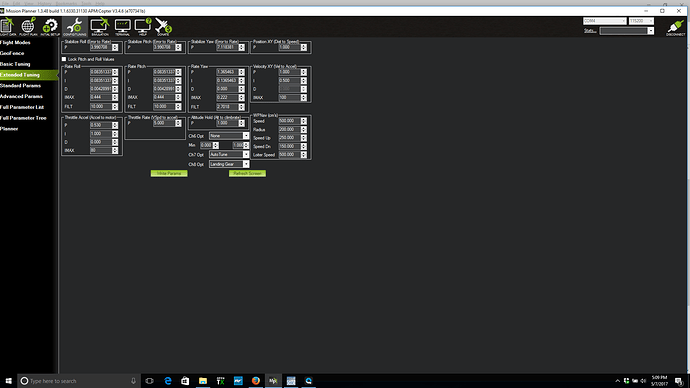