I purchased two of these to power a mapping hexacopter.

Venom Professional DRONE series LiPo batteries are engineered for the demanding requirements of todays multirotor, fixed wing and UAV applications. Produced using the best LiPo materials and technology available. With over a decade of lithium-ion...

I expected decent results and was hugely dissapointed to say the least. These expensive batteries only yielded 50% of their capacity while test hovering under full mapping configuration before dropping below 3.5V per cell. Two were running in parallel and thus were only being asked to run at less than 3C. They were not even getting warm. Venom have told me that I am not pushing the batteries hard enough to make them warm enough to work at an optimal temp. But when I ran one battery it lasted barely 4 minutes. Not really sure what to make of that advice!

Venom to their credit have agreed after many emails to take these back but do not seem to be impressed with my efforts. Has anyone had any similar experiences? A pair of Tattu 4S 5200mah batteries performed much better and are literally less than half the size and weight! I do not understand what multirotor application these could ever work. 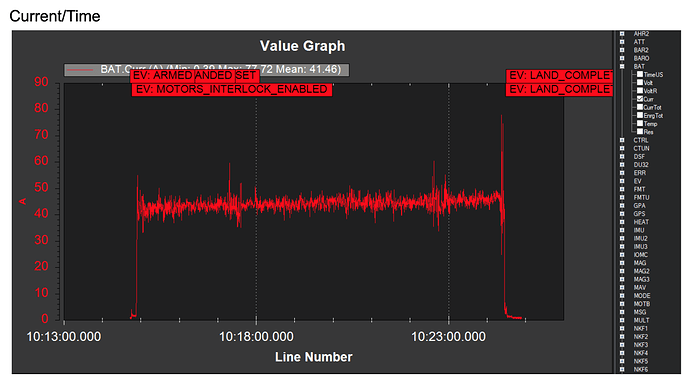 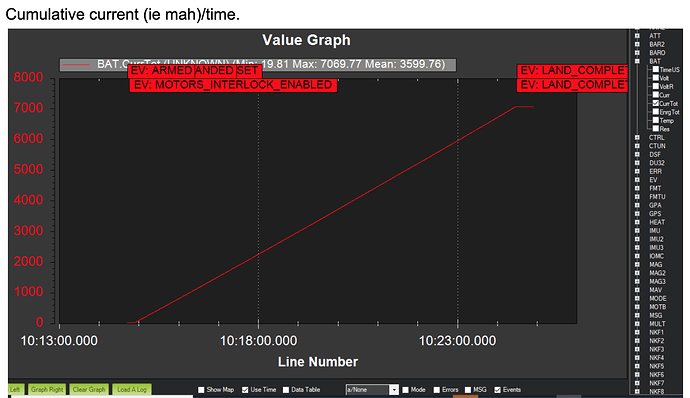 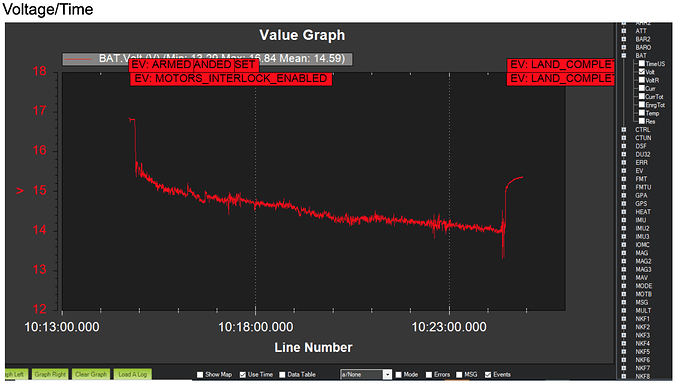 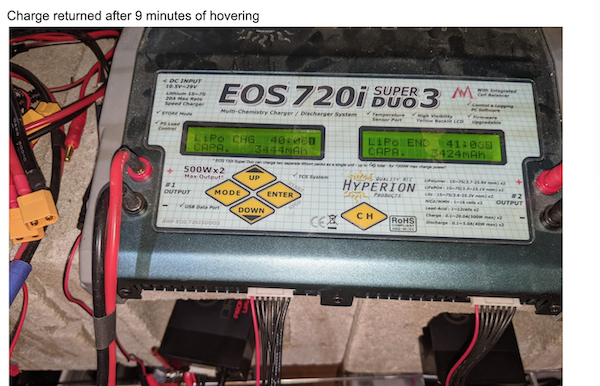 We’ve just recently got a Turnigy Grahpene 4S 10000mAh through Hobby King and so far capacity has been better than expected. It is like the battery pack is purposefully underrated.
We have been able to run 2 complete Autotunes and 2 test flights in one session without going close to a battery warning or failsafe. Quad, 2.5kg take off weight, payload yet to be added. We actually dont know what flight time will be yet

80 amp peak current draw during climb has been no problem.

Edit: and we’ve used the Turnigy reaktor charger too, never given us trouble at all. Confidence is high.

Only a few of minutes flight time in this example but voltage and current are good, 2330mah used

You do need to run it to 3.5v per cell to see it’s potential though.

Did you ever characterize the capacity of these batteries? (IE draw them down at your target current rate from 16.8 max. volts to 12.0 min. volts)

From your voltage graph the “open-circuit volts” approx. 15.5V -> 3.875V/cell corresponds quite well to near 50% state-of-charge. (Of course the OCV really takes many hours to be reached after dropping the load.)

This corresponds well with the amount you charged it after using the batteries.

Correct. What I measured on my current sensor matches what my charger put back. Honestly I do not know if the issue is these batteries do not have the stated capacity or if they just perform poorly. After paying a premium for them I found the performance awful. After very frustrating correspondence with Venom tech support (who were pretty poor on a technical level) I forced them to take them back. I am done with Venom.

Tattu batteries were much better.