Hi,
Is it possible to get sources of px4_toolchain.exe for windows anythere? Is it an open source?

It is open source, but it is huge,
We did try to recompile it, but it seams easier to just fix cygwin and waf to get the same job done.

There can I get the latest sources, and what do you mean to fix cygwin and waf?
Thanks a lot!

You should be able to build a SITL on windows and also build the FW on windows.

But instead of using make you should use waf instead:
http://ardupilot.org/dev/docs/building-setup-windows-cygwin.html

I followed all the steps. When I got to using waf for a build I got an issue with cmake 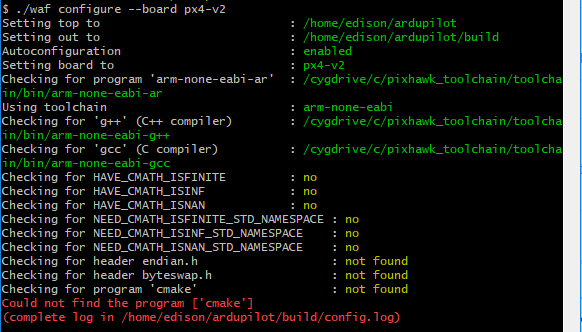 May you know how can I solve it?

you forgot to install camake in cygwin like described on point 4. in the first link I posted.

Hi
Thank you @amilcarlucas
I’ll succeed in the end…

The build is failed again…What is that? 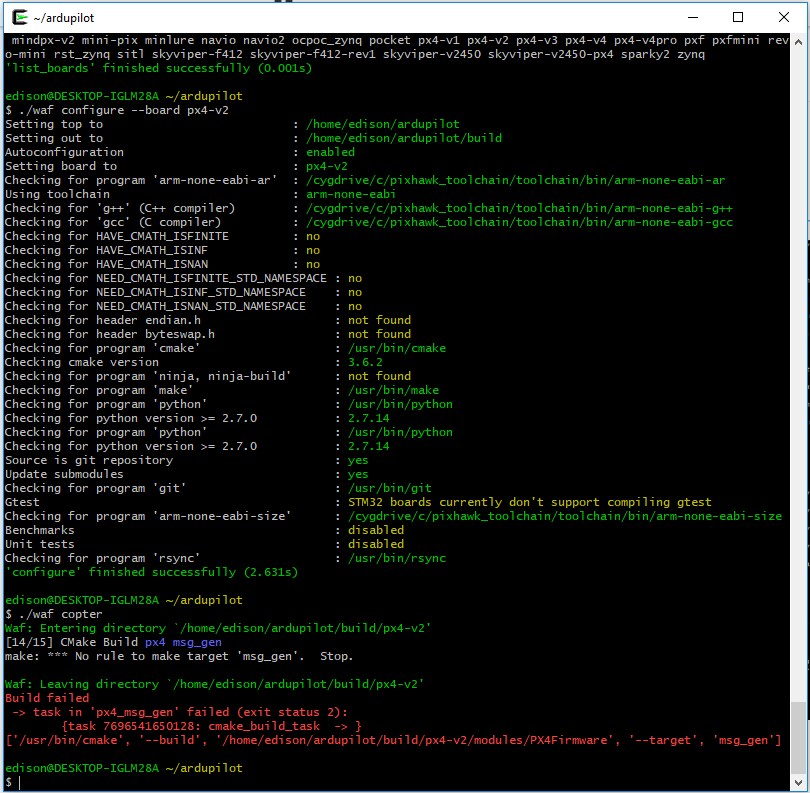 You probably need to report a bug, I fixed the instructions so that it works better. But looks like there is still some issues.

Thank you! @amilcarlucas
Do you have an idea what it’s about?