I am in the process of designing some custom mechanics (approximately 600 size for reference) for which I am now extremely likely to be using pixhawk. I wanted to see if I there was a potential problem in having the pixhawk quite close to the main motor. Obviously the magnetometer issue can be disregarded as I’ll be using the remote GPS/mag module out on the tail boom. 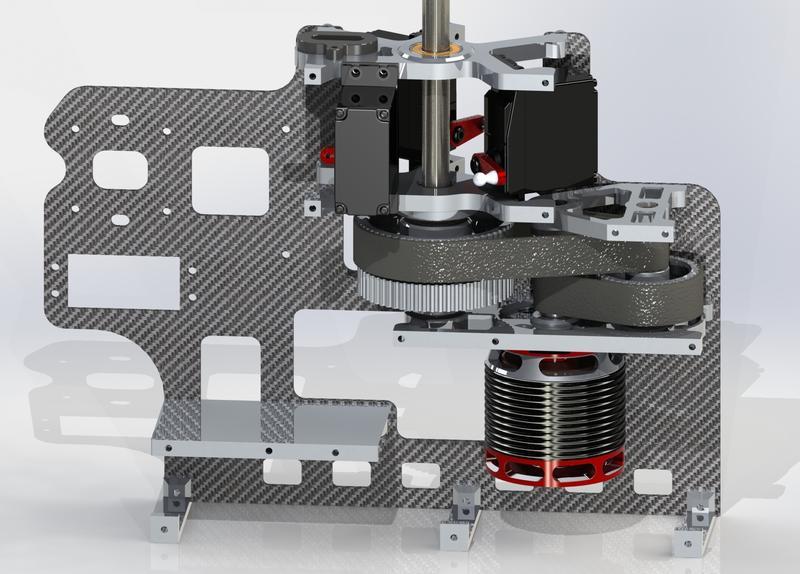 Cheers for any thoughts guys!

This should be no problem at all. I actually have my controller very close to the motor on all 3 of my helis. In fact, on my 500, the front edge of the Pixhawk is only about 1cm from the motor. Yes, obviously it borks the internal compass, but that isn’t a big problem. I was concerned that maybe the spinning magnets could induce currents in the board that would cause problems, but I have not had a problem yet.

The biggest issue really with mounting the Pixhawk internally, is simply having enough space. What’s the frame width? Generally you need to leave extra room to allow for a vibration damping system of some sort. However, two of my helis have almost nothing at all, and work fine. You just have to make sure you get the mechanics really smooth.

Thanks, yeah I was worried about the induced currents potentially playing with the sensitive electronics… if you are okay at 1cm though then I should be fine at 4cm, even with the slightly larger motor.

The frames are spaced at 52mm, so there’s 1mm clear each side. I was planning on just mounting it on the supplied foam at each corner, so if there is 1mm of wobble going on then I have bigger problems lol.

I am designing this bird to be as smooth as I can from the start. Belt drives at the front to reduce gear mesh noise and vibration, the main bearing is a BIG oversized angular thrust bearing and the rest are nice high quality abec 7 ceramic hybrids. The tail I will be keeping torque tube but it will be belt driven from the autorotation pulley, then to spiral cut bevel gears to reduce mesh noise and vibration there… arrow shaft torque tube for straightness supported by quad bearings in the tube, running to spiral bevel gears again at the tail.

Below is a pic of the mechanics so far including a pixhawk for scale reference: 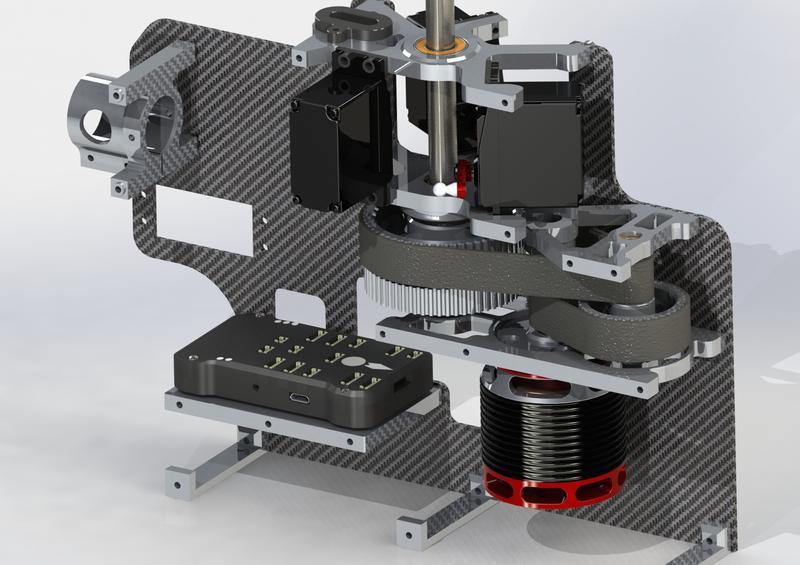 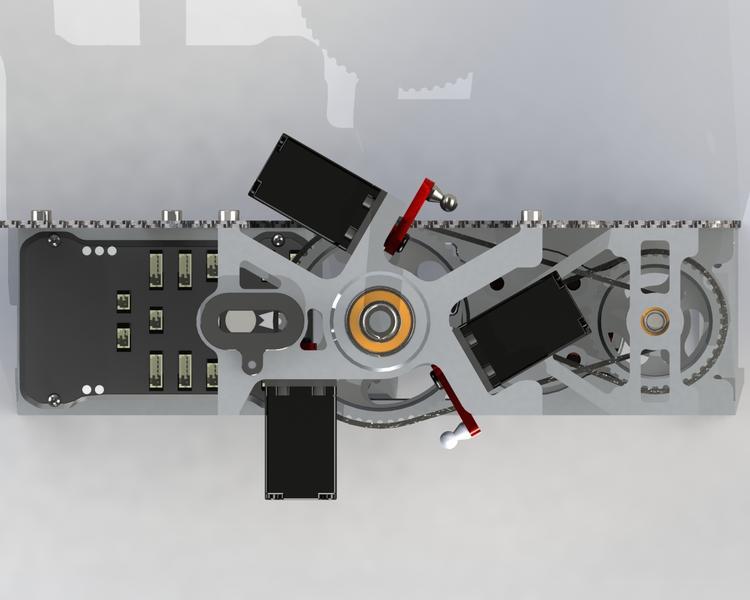 Thanks for the help, I’m looking forward to getting this machine designed and built soon - even more excited about starting to play with the pixhawk.

I think think that is too tight. I can almost guarantee it will move 1mm at some point, which will have it bang into the frames, not good as you could saturated the accels. You must avoid that at all costs. If you choose to mount it this way, it can be done with a firm mount, but the vibrations are have to be very low to make it work.

This is how my mapping heli is done. Firm mount, and vibes are OK.

A couple alternatives, you could tip it up on it’s side, and make a nice vibration mount for it. It can be mounted sideways.

Or you could decase it, and buy yourself almost 1cm of space. But you have to watch for problems on the baro like this.

This is how my mapping heli is done. Firm mount, and vibes are OK.

Forgot to attach pic? I don’t see anything?

I was actually thinking about machining a custom case for it from aluminium. Would help reduce the size a little and also add a bit of mass for damping… plus I have the machine to do so, so why not lol. While designing it I can reduce the width of the “hips” (or even just get rid of them, but I quite like the style)…

Having said that, at the front it actually couldn’t contact anyway as the wide point is in the opening of the frame, I could always just add an opening at the rear where the wide point is - then there would be no chance of contact.

No, I didn’t mean to attach a pic, just saying that I have it “firmly” mounted on one of my helis.

Besides tipping it up on edge, you could also rotate it sideways, and then have it hanging sideways out of holes in frame plates.

The PX4 is actually much easier to mount in a heli, but they aren’t well supported anymore, they are red-headed stepchild. I have 2, but will replace them with Pixhawk, as there are a few issues that have crept up.