I just ordered a Pixhawk 2. I just realized it has different connectors on it. I have found somewhere said it uses jst gh connector, Is that the 1.24 size? Or is it something else. also wondering what I will need how many pins?

does anyone know where to get premade or pre crimped cables?

If you ordered it, the new kit will come with cables that will work with the old DST connectors.

Hi, Thanks. I ordered one from Proficnc. I do see it says it comes with a cable set. I dont know why I didnt see that when I ordered.

I did order some connectors and contacts from digikey, just hope my crimper will work with them. if I ever need them.

I am going to replace a Pixhawk with this one (then put the pixhawk on a copter I am still using an apm25 on.

I just take place to see how we can adapt, a see power bec’s compatible for 8-14S

Just to be sure, power module with xt60 connector is up to 8S as I read somewhere. Isn’t it?

Yes, 8S 30A I am told is the rating for the Power Module. 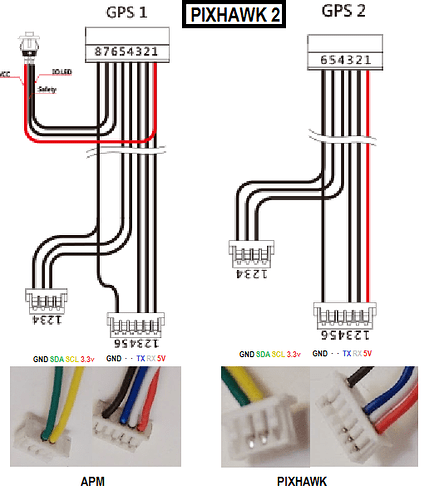 Hey edge,where did you get those wiring drawings.I haven’t found anything quite so clear. 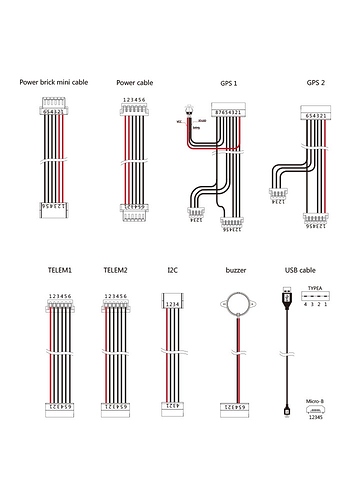 Thanks.Where do they come from ?

I’ve found it hard to track all the info down so far.Not too different from the Pix 1 but different enough to be careful.

The non power connectors are not click-mate or DF13 but JST- GH 1.25 pitch. I ordered click -mate in error.