I am using a PixHack 2.8.4(clone). I am also using an original ublox gps from 3dr(legit). I had this all working perfectly, exact same setup, nothing changed, I just basically took everything apart to clean up the wiring and install some new 3d printed parts. I thought that I had wired everything back together the same as I had it before, but now when connecting to MP, I am getting “No GPS” error. This is different than having GPS but not acquiring any satellites right? Or could the problem be that I am just not in a clear enough area? I found one person that said there 2.8.4 pixhack wouldnt read gps when it was connected to GPS port, but would if it was connected to telem 1 port. I tried this to no avail. Any suggestions please?

Not got one of the clones myself (got 4 pukka ones).It sounds like a dodgy wire in one of the connectors.Or even inside the insulation.Some electrical cleaner and judicious wiggling may help but if the connector is broken internally and you can’t see it it just ain’t going to work.Both ends can give problems especially after being disturbed.A new lead would be my first move.

thanks for the response, I took the thing apart when I first got it because I was curious about the quality considering it is the cheap Chinese clone… and I was actually very impressed with the quality of everything. the solder joints, the components, everything looked really surprisingly good. So don’t think its on that side,and i took apart the GPS unit just now and not that side. I’m actually in the process of making a new wiring harness for it right now. The one that is on it now is the original so about 4 or 5 years of those old jst plugs is need for replacement anyways. I have just been dreading doing it because the crimping of those tiny little pins is such a pain… the legitimate crimping tool for them is no bull a thousand bucks… serious scam, make the things such a pain in the butt to crimp that people will be happy to pay a thousand bucks for the tool to make it easier if they are doing a lot of them… lol 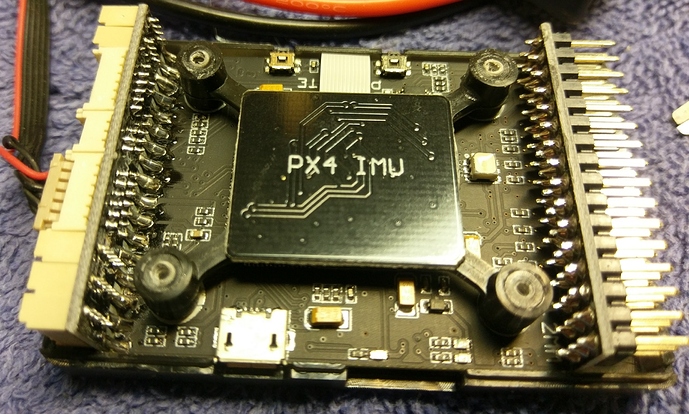 I hear what you’re saying about the crimpers.I looked into it and decided to carry on splicing.

They don’t look too bad.Just a shame they shunned the JST-GH connectors of the original.The V3s are a work of art.

I’d junk the leads and make up some more,or buy some in. 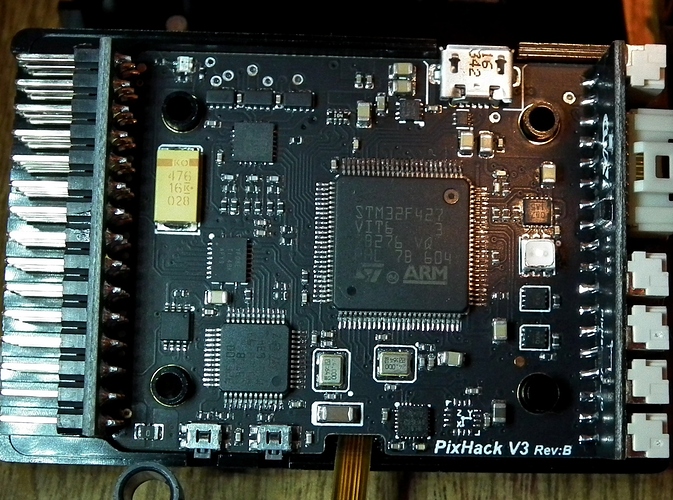 wow that is very nice. so that whole board is suspended on the vibration dampening? Very nice in comparison, definately. And you said that this is the official by CUAV? I am not sure what pukka is. Anyways, I am still not able to get it working, now I have checked the gps status in the tuning window, and it is coming on periodically but just for a second or two…In the tuning window, in the picture i grabbed you cant see it , but for gps status it would show 1 periodically, but sat count would stay at 0. anyone shed any light? 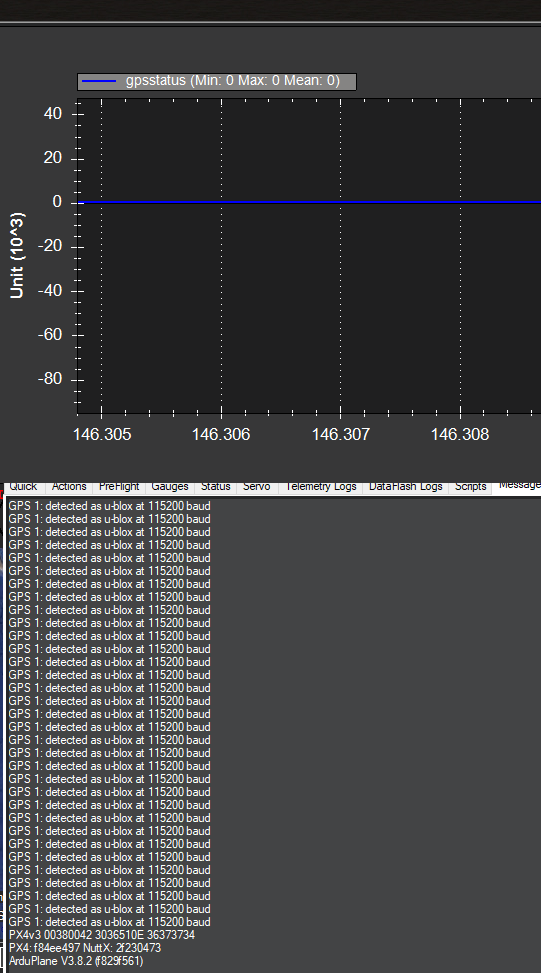 That looks like an intermittent connection.It keeps detecting and losing GPS.Again the led would be the first stop.Using a genuine 3DR GPS it should be solid but you can never tell.Change one thing at a time and having a known working module to transpose always helps even if it just proves the GPS is ok and the fault lays somewhere else.That’s the main way I fault find in this hobby.It’s why I have a massive parts bin(s).

I meant the lead,sorry.And the TX goes to RX yes.

I have a lot of GPS units and they all have different disco pattern on their LEDs but a normal pattern is to have a solid LED when searching for satellites and blinking when acquired.Some have more LEDs.If I haven’t used a copter for some time the small cell battery for the array memory goes flat and it can take half an hour to get 4 satellites.And that’s with it outside.

I mention the lead because a member of another forum had a real problem with his GPS/compass a couple of years ago which caused a lot of brain ache.With a lot of patience and transposing of parts it was eventually tracked down to a single connector on the GPS end of the lead.It was a tiny bit of corrosion on one pin that occasionally led to break in contact due to a certain vibration band (which happened in the air only).

I agree with S1CAR1US, it looks like a bad connection. I have a Pixhawk clone and those DF13 male connectors are kicking out the female pins both on the cables I have done and on the ones that came with my telemetry radio. Sometimes it is not very noticeable, but it causes malfunctioning similar to the one you have.

When I suspect it can be a bad connection, I try softly pushing and bending the cable near the connector in several directions to see if the problem improves or worsens. Sometimes it gives you a clue of what is happening. The ideal would be an oscilloscope (even a cheap one) to actually check what is going on…

If you are interested on crimping your own cables, I bought an Engineer PA-09. It works very well.

What type of connectors are those? Thinking of getting one of these and would need to find pigtails…